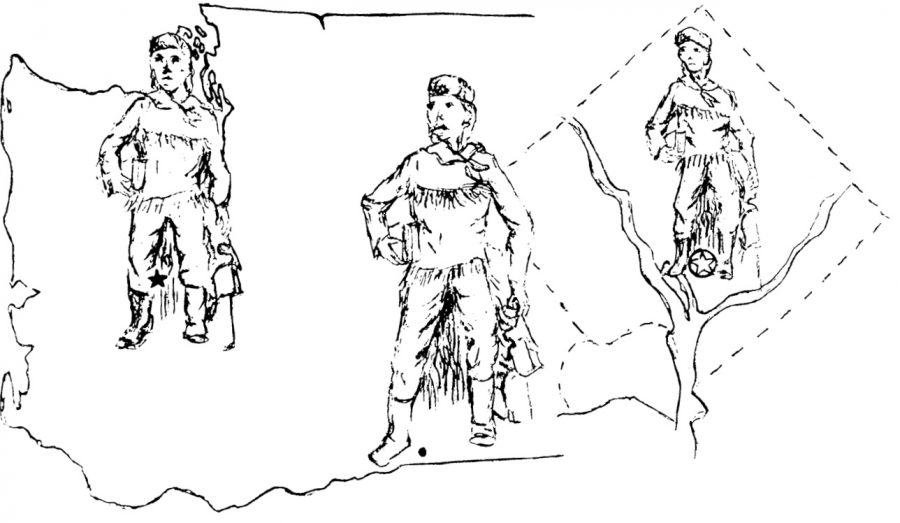 On Wednesday, Jan. 30, a hearing took place in Olympia, WA to discuss a bill regarding the possible removal of the Marcus Whitman statues. The Senate voted to keep the statues where they are now, but this decision has produced many diverging opinions among Whitman students and faculty.

The bill stated, “under rigorous, objective review, Marcus Whitman does not meet the standards of being one of our state’s top honorees.” However, the bill was met with much backlash, as some Senate members argued to keep the Marcus Whitman statue in order to preserve and defend Marcus Whitman’s legacy in history.

Junior Nathaly Pérez is among the group of community members that strongly disagrees with the decision to keep the statue.

“I think it’s a poor, pitiful decision, but quite characteristic of the Senate, as these senators belong to a settler colonial government which seeks to preserve itself at the expense of non-white, non-male, non-heterosexual folks,” Pérez said.

Pérez questions why Marcus Whitman’s legacy needs to be defended and who benefits if the statue remains.

“The statue should be removed because who we choose to honor and how we decorate public spaces matters. Who gets to make those calls matters because it reflects who is welcome in a community, who is a part of it,” Pérez said.

Monuments and memorials reinforce and elevate specific narratives, which as Pérez points out are not necessarily guaranteed to be true.

“The United States regularly rewrites history and honors white terrorists as heroes because they are agents of settler colonial state power,” Pérez said. “That is the real legacy which Whitman is a part of.”

Pérez is hesitant to regard Whitman College’s advertised values as valid, given their association with the statue.

“We have a statue here on our campus that glorifies a racist patriarchal murderer — what about that doesn’t sound like it should be removed? Monumentalizing him and therefore glorifying him doesn’t align with Whitman College’s principles of Diversity and Inclusion… Or does it?” Pérez said.

Elyse Semerdjian, associate professor of History, is concerned about the role indigenous people play in this discourse.

“My first question is: have the affected tribes been asked what they would like to do with the statue? To me, that is the most valuable information in the debate,” Semerdjian said.

Semerdjian teaches, studies and is an activist engaged in what she calls “memory work” in Turkey. This means Semerdjian engages with memory as both historical and ethical work.

“My opinions are shaped by that work and [by my experience as] the granddaughter of Armenian Genocide victims,” Semerdjian said.

Semerdjian proposes a “truth and reconciliation conference at Whitman” to bridge the gap between indigenous tribes and others interested in engaging with this issue.

“We could ask the tribes what they need to heal the wounds of the past,” Semerdjian said. “I do a lot of this work in Turkey with the communities who murdered my ancestors and am always deeply touched when a Turk or a Kurd turns to me and asks me what I need to heal my wounds. Have we done anything even close to this at Whitman? And if not, why?”

Semerdjian feels that the controversy surrounding the Marcus Whitman statue is a multi-layered issue and must be treated as such.

“‘Memory work’ is a lot harder to do than just removing a statue and placing it in storage.  This is why I have questions more than answers about the Marcus Whitman statue and cannot advocate for its removal,” Semerdjian said.

Regarding the Senate’s decision to keep the statue, Stan Thayne, visiting assistant professor of Anthropology and Religion, believes that it was “a lost opportunity. It initially seemed like a great opportunity to reevaluate and think about the legacy of colonialism and territorial expansion, and violence against indigenous people, the erasure of the awareness of the indigenous presence and continued claims to territory.”

Thayne believes in replacement, not removal.

“I don’t think we [have] any moral obligation to leave the monument as part of some recognition — leaving it there allows us to continue to ignore it. A removal of the monument is an intervention of history,” Thayne said.

Thayne affirms that history is not simply the past, it’s the way we remember events.

“Allowing the status quo to continue is a convenient amnesia or acceptance of the standard grand narrative,” Thayne said. “Good historians challenge those past narratives, rewrite, revise those narratives. It would be a mistake just to forget, but if we could reimagine how to represent and remember not necessarily the Whitmans but our relationship to this area in a way that is responsible and profound way.”

Ideally, Thayne would like to see the statue replaced with a monument that represents absence, like a counter memorial to remember and to tell the story in a more complicated way.

“Rather than removing memorials to erase history, this is a great opportunity to replace a ridiculous character that celebrated territorial expansion with something much more thought out,” Thayne said.

According to the director of Security, Matthew Stroe, the Marcus Whitman statue on campus was vandalized twice in May 2018 and once in March 2018. It has been spray painted twice and had something dumped on it during the second vandalization.

“There was a note left on the statue [during] one of the incidents, but it had been removed by the time we got there,” Stroe said.

But what do these acts of vandalism say?

“Vandalism to me indicates frustration that we are not talking about the past enough as a community,” Semerdjian said.

Thayne believes vandalism can be a way to get a conversation going.

“It’s not vandalism but a political intervention,” Thayne said.

Pérez sees protestation as inevitable in situations such as the Whitman statue debate, and maintains that such intervention can propel change.