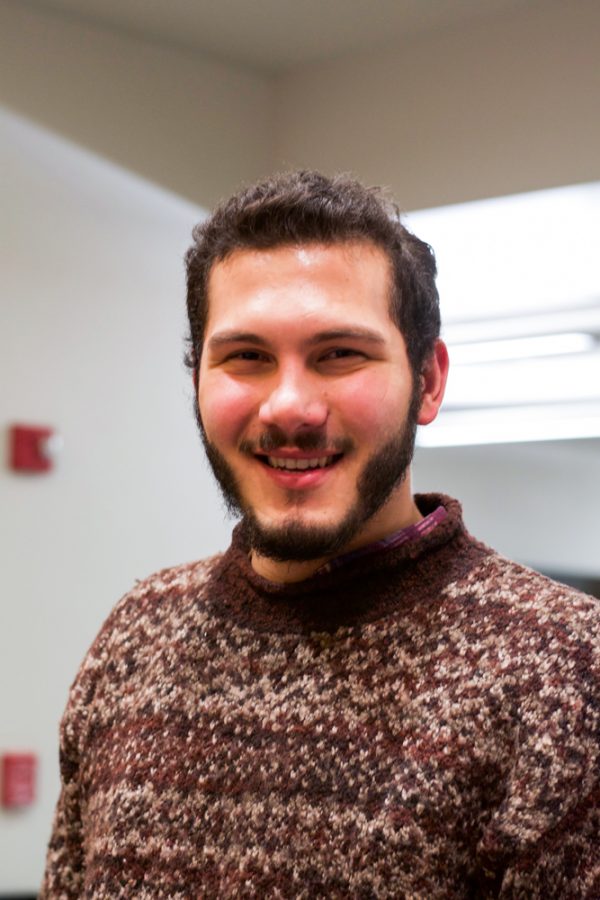 Sophomore Juan Pablo Liendo Molina will be ASWC’s president for the rest of the spring semester. After ASWC’s former president, Lily Parker, resigned for personal reasons in the fall, an election to fill her spot happened Jan. 8.

“Elections are pretty important in keeping ASWC democratic since it’s a direct vote from each student, so we try to make sure things go smoothly,” Cai said. “We ran into some last-minute technical issues with emails and the voting platform during the past election.”

The first email with the voting link went into many students’ spam folder. A second email was sent out soon after. Voter turnout consisted of 39 percent of the student body.

Liendo and senior Gautam Produturi, who acted as Interim Facilitator for ASWC following Parker’s resignation, both ran for the president position.

“I was away last semester at Semester in the West and I was sort of thinking over there, ‘how can I give back to the school?’ and then all the ASWC issues started happening. A lot of friends of mine were hurt and then a lot of things institutionally were quite interesting and I was thinking ‘What would I have done if I had been in the same situation?’” Liendo said. “I started to think a lot of how I could contribute and at some point I decided that ‘you know, I want to get involved with ASWC somehow next semester.’”

Liendo first decided to run for sophomore senate. His friends convinced him to run for the president position, where Liendo believed he could make a bigger impact.

“I saw that position not like just being a president, but it’s something different,” Liendo said. “It’s just a semester, it’s just 16 weeks. Time is very short and it’s not the time to bring brand new ideas and ‘let’s change all Whitman college and campus.’ It’s more about revising ASWC and revising the structure, how we are internally and how people view us externally.”

One revision is to ASWC’s three part structure — consisting of a legislative, a financial and a nominations committee. The Legislative Affairs branch will become the Student Outreach Committee.

Produturi resigned from ASWC and plans “to pursue some more mundane goals” during his last semester before heading to medical school after graduation.

“I put myself at the center of the restructuring process last semester, and a lot of my work was done solely by me,” Produturi said. “I was afraid going into this semester that if I wasn’t on ASWC that progress from last semester would just be lost. But after talking with a lot of people, after insuring that my successors in Oversight and Senate do have the knowledge that I was passing onto them last year, I think I’m a lot more confident that ASWC will continue to grow and build itself up even if I’m not there.”

“Juan Pablo will be a fine president, great guy, and I am confident that he will lead ASWC to a much better state than it was at the beginning of this year,” Produturi said.

While Liendo has not been involved with ASWC before, he was part of student council at his high school in Germany. He also held a communications role between student council and staff while he worked as an RA at a boarding school in China during his gap year.

“Throughout the past five years of my life, in Germany, and in China, and back home, and here in the US I’ve learned how communication works in different cultures, in different groups, with different people,” Liendo said.

One of Liendo’s main goals for ASWC this semester is to communicate with a broader range of students and make ASWC more inclusive. A Senate meeting at the end of September last semester improperly questioned six women of color about their funding request to attend the 2018 PNW Students of Color Conference. This incident prompted ASWC to reassess how it interacts with the student body.

“It’s not going to be something like ‘[students] can go to our office and talk to us,’ but [ASWC representatives] going to them,” Liendo said. Four days this week, Feb. 11, 12, 14 and 16, ASWC will be tabling at Cleveland from 12 p.m. to 1 p.m. to answer questions and talk with students.

Liendo hopes to hold weekly office hours and go intentionally to student hubs, like the Jewett Cafe, to have open conversations with students. AWSC also plans to redo the structure of Senate, previously comprised of 16 elected senators, four from each class.

“One of the changes that we decided on last semester that we’re implementing this semester is to move to an eight person appointed and an eight person elected system,” Produturi said. “The purpose of that is to appeal to some competencies that might not be apparent in an only elected system. So even if you’re not keen on running an election, putting up posters, speaking to peers, you can apply to be on ASWC. The hope there is that you can gather a more diverse crowd than if it was just people running for election.”