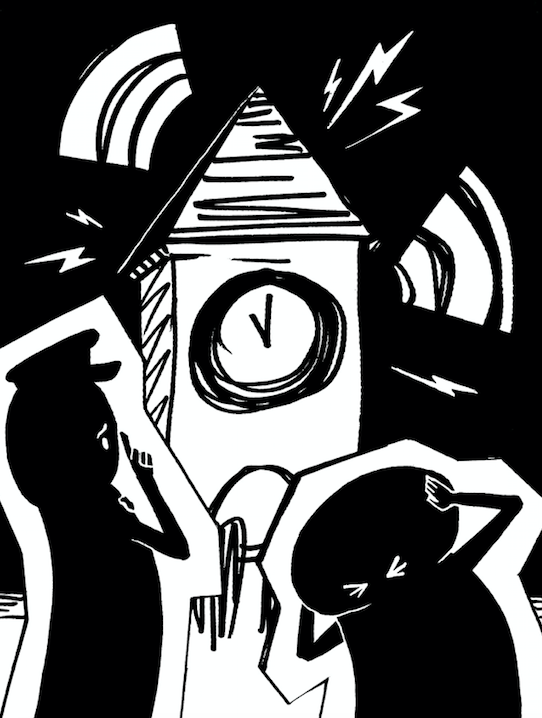 Recent changes in the City of Walla Walla’s Noise Control rules made headlines in the Union Bulletin last week. These changes also caught the attention of many, as it incorporated the words “quiet hours” into a city-wide context. This phrase, all-too-familiar to Whitman students, made many question Whitman’s role in the passing of the ordinance amendments.

“The noise control section is not new,”  Mayor Barbara Clark said. She further stated that the City Council simply provided “an update” to the Walla Walla’s Municipal Code.

This is the first time many Whitman students have heard about the city’s municipal code on noise control, but it has existed for tens of generations of graduates.

The change lies within section 8.13.060, which details “sounds exempt at all times,” ranging from aircraft and fire alarms to thunder as noises that the city deems exempt from control. “Unamplified human voices” was a noise listed here as well until last week’s City Council meeting.

The new version stated that human voices, amplified or not, must stay under the limit of 45 decibels between 10 p.m. and 7 a.m. on weekdays, and 11 p.m. and 9 a.m. on weekends. If this limit is exceeded within these hours, human voices may be considered a nuisance worthy of a call to the Walla Walla Police Department.

When asked about the need for this amendment, Clark said, “someone went and found ‘unamplified human voices’ [as exempt from noise control] … so when the police came to respond to the noise levels, they saw that there wasn’t a sound system, but people were still being very loud … and this is why it was brought to the attention of the City Council.”

It was made apparent after this event that people can still create quite a raucous without the use of a sound system. However, sound systems are common at Whitman’s fraternity parties, and do contribute to frequently noisy weekend nights on Isaacs Avenue.

Senior Jack Taylor is the president of one of Whitman’s four fraternities: Beta Theta Pi.

“I would never say that the frats don’t make a lot of noise, but it would be confusing if they were the reason,” Taylor said.

Many houses that surround the fraternities are rented out by fellow Whitman students so complaints aren’t as frequent as they might otherwise be.

Taylor said, “Beta has not gotten a noise complaint in over eight months now … most of our neighbors are student houses and the ones that aren’t student houses have been there longer than I have, so they have heard the noises for years and I would imagine they are used to it.”

Whitman fraternity parties will usually draw complaints due to loud music. Taylor does not think that this alteration, having to do with voice levels, could be attributed to the fraternities because of this.

“I think we definitely make a decent amount of noise on the weekends, but again, I just don’t get that if they’re mad about Whitman noise, why they would make that specifically the rule,” Taylor said. “I don’t think the biggest concern at our parties noise-wise is someone speaking at 45 decibels.”

When asked about Whitman’s contribution to nightly noise levels, Mayor Clark said, “I live near quite a few Whitman students … we have their cell phone numbers for reminders, and they are good about it.”

In general, Clark does not think that Whitman student parties are the driving force behind this amendment, and discussions at City Council public meetings have included complaints of pool parties over the summer and across the city that do not pertain to college student activities.

Clark concluded, “I’m good with parties, fine with dancing and music … drinking tends to be a factor in loud noise … but it’s usually cases where the noise goes until two or three in the morning that it becomes an issue.”

This decision will still need to be approved by the Washington Dept. of Ecology before it can be finalized and implemented.