ASWC Gears up for Elections 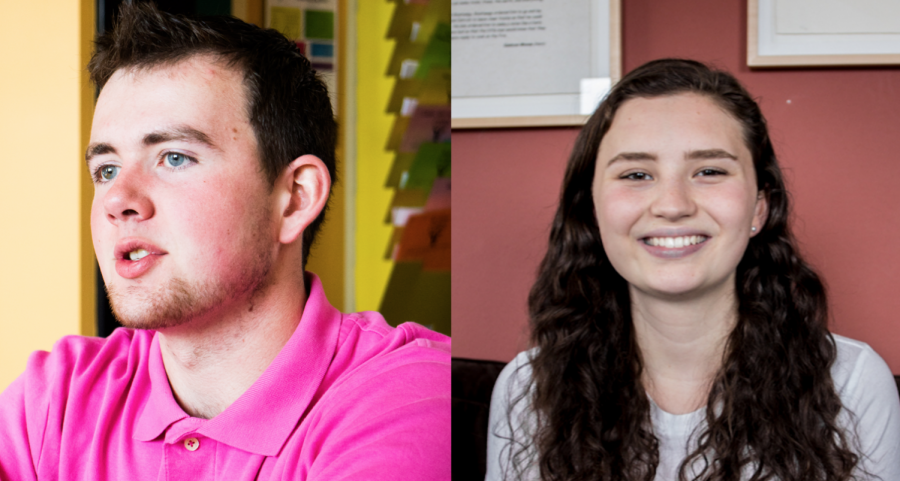 As most of Whitman returns from spring break, students running for Associated Students of Whitman College (ASWC) positions are gearing up for election season. The candidates responded to questions involving their campaigns by email over break.

The Executive Council has five positions that people can run for this year. At the top of the list is the ASWC president. The two candidates running for ASWC President are Lily Parker ‘19 and Ben Cosgrove ‘19.

Lily Parker has been on ASWC since September of her first year. Parker started as an associate member of the Oversight Committee, which is the judicial side of ASWC. Oversight is tasked with interpreting the By-laws and Constitution, overseeing all of the standing committees of ASWC, running fair and democratic elections and conducting investigations when issues arise. Parker became the chair of the committee in November of her Sophomore year and was the only sophomore on the Executive Council at the time.

Representation is an important issue to Parker. “I hope to learn a lot about what students want to see in a leader. I want to hear the questions that students have about ASWC and hear the things that they want to change at Whitman. I also want to raise awareness about the strategic planning process we are going through to solicit student input on the changes we are making,” she said.

Ben Cosgrove, who has three years of experience as a senator, expressed similar goals. “I chose to run for president to try and facilitate a better bond between ASWC and the student community. I believe there is a need for greater communication and an easier way to reach out to all of the representatives,” he said.

The ASWC Vice President of Legislative Affairs Candidates this year are Omar Aldahleh ‘20 and Betty Zhang ‘20.

Parker and Zhang share similar views about the purpose of running for their positions, as Zhang believes in furthering the representation of Whitman student’s opinions.

“I would collect suggestions and comments from Whitman students, club directors and [faculty]. Listening to the Whitman Community, I am able to enhance our legislation and keep justice and equity on campus,” she said.  “Also, I would talk with other committees to make Whitman a better college and community.”

Omar Aldahleh served on the Legislative Affairs committee for two years and also served as the Chair of ASWC’s Institutional Research division.2

When asked what he would do if elected, Aldahleh spoke about the mental health issues at Whitman.

“If elected as ASWC VP of Legislative Affairs I hope to spark serious conversation about mental health on Campus,” he said. Aldahleh hopes to create an ASWC event that tackles this issue of mental health.

“What makes me most excited about running for ASWC VP of Legislative Affairs is being able to share my ideas with the rest of the school while also being able to hear from my constituents on what they believe needs to work,” Aldahleh said.

Ye Rim Cho chose to run for this position because of their passion for issues that students from marginalized backgrounds deal with.

“By advocating for these voices, I hope to help contribute to create more of an inclusive and equitable campus environment. As Whitman becomes a more diverse campus, I wish that all incoming students would feel that they belong in this community,” Cho said.

According to Nadia Ganjoloo, her goal, if elected or not, is to create a more inclusive environment at Whitman.

“Besides working on my projects, I love to talk and listen to students about issues and possible solutions around the campus. Everyone here loves the school and its people and I believe that making a difference at Whitman isn’t impossible at all,” Ganjoloo said.

Current president AnnaMarie McCorvie spoke to the reasoning behind this decision. “Giving this position the same amount of power as the other elected chairs was important to Meg and to the Senate because it put some real power and weight behind the position. It was a way to show how important we think the projects and perspectives of this position are,” McCorvie said.

The Wire will be continuing the coverage of ASWC elections online and in print.

Vice President of Diversity and Inclusion candidate Jordon Crawford is a staff member of The Wire as an Opinion columnist.