Pio Past: Contextualizing the Symposium

“Assuming that the seriousness of racial issues can be measured by the publicly visible incidents brought to the attention of our entire community is problematic.”

-Veronica Willeto, published on Nov. 9, 2006 in the “Let’s Talk About Race” Pamphlet distributed at the first Race Relations and Community Symposium 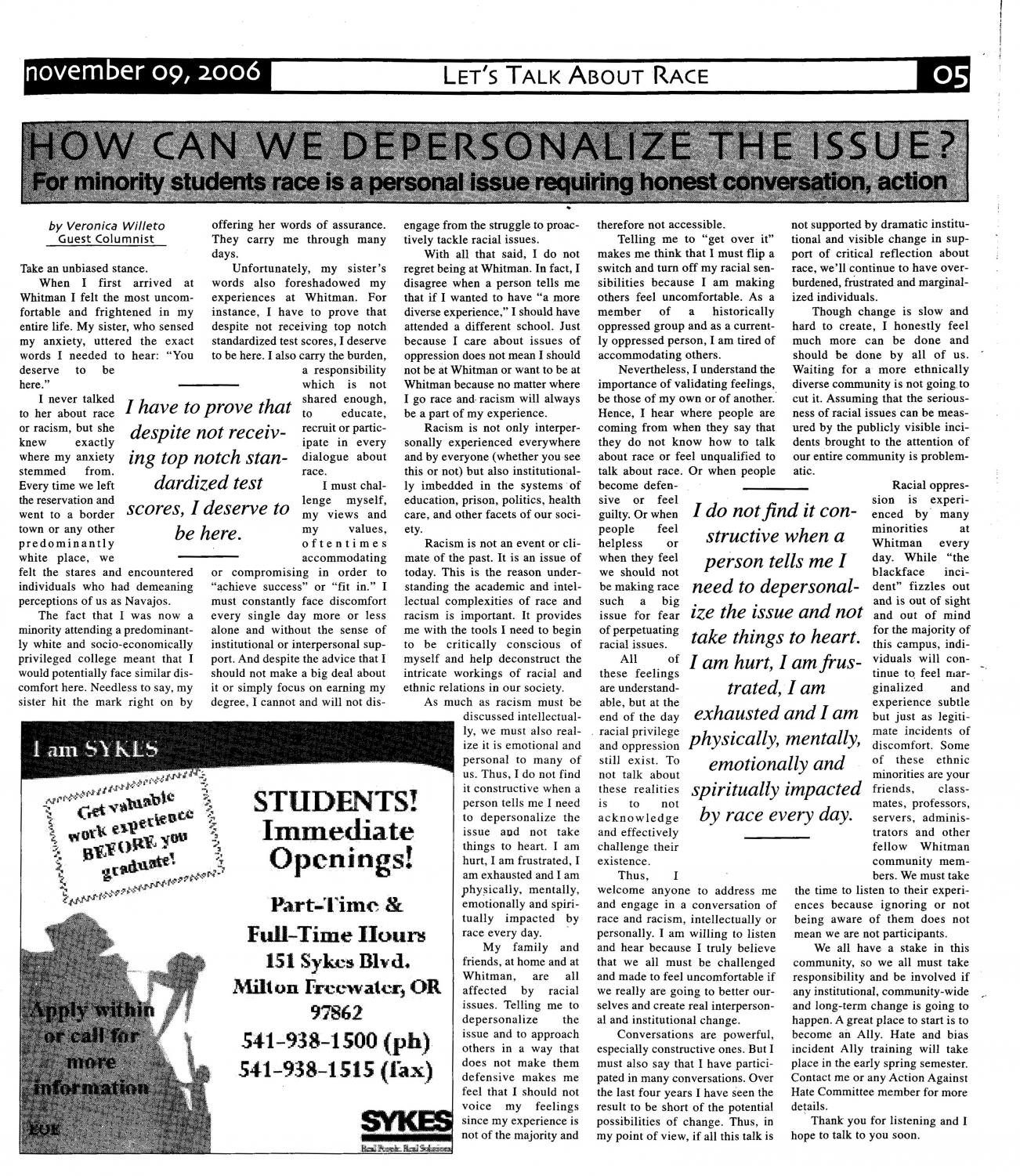 “We need to recognize that we are in a ver unique situation. We have the opportunity to change the way in which we deal with these types of incidences in the future.”

-Brett Rawson, published on Nov. 9, 2006 in the “Let’s Talk About Race” Pamphlet distributed at the first Race Relations and Community Symposium 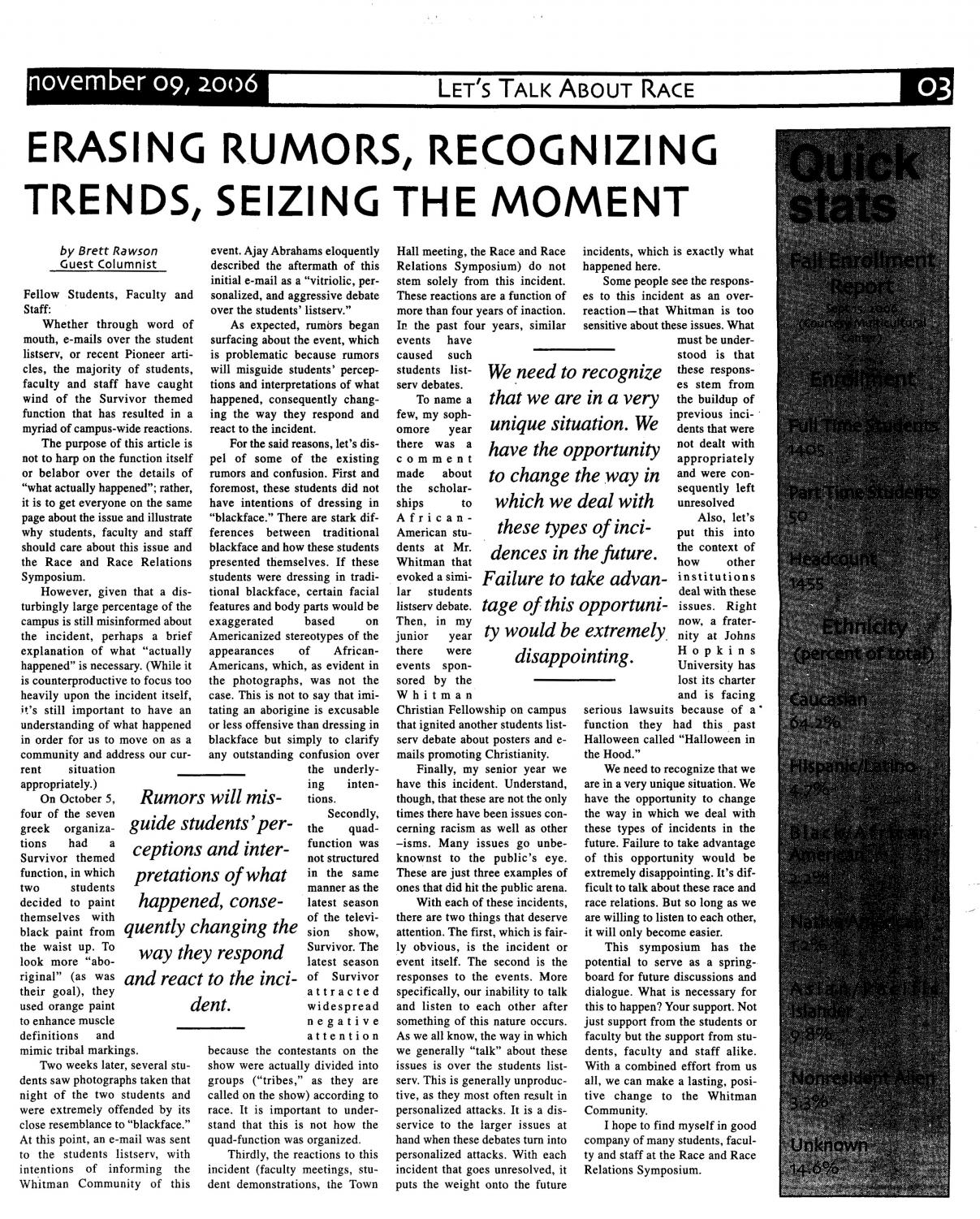 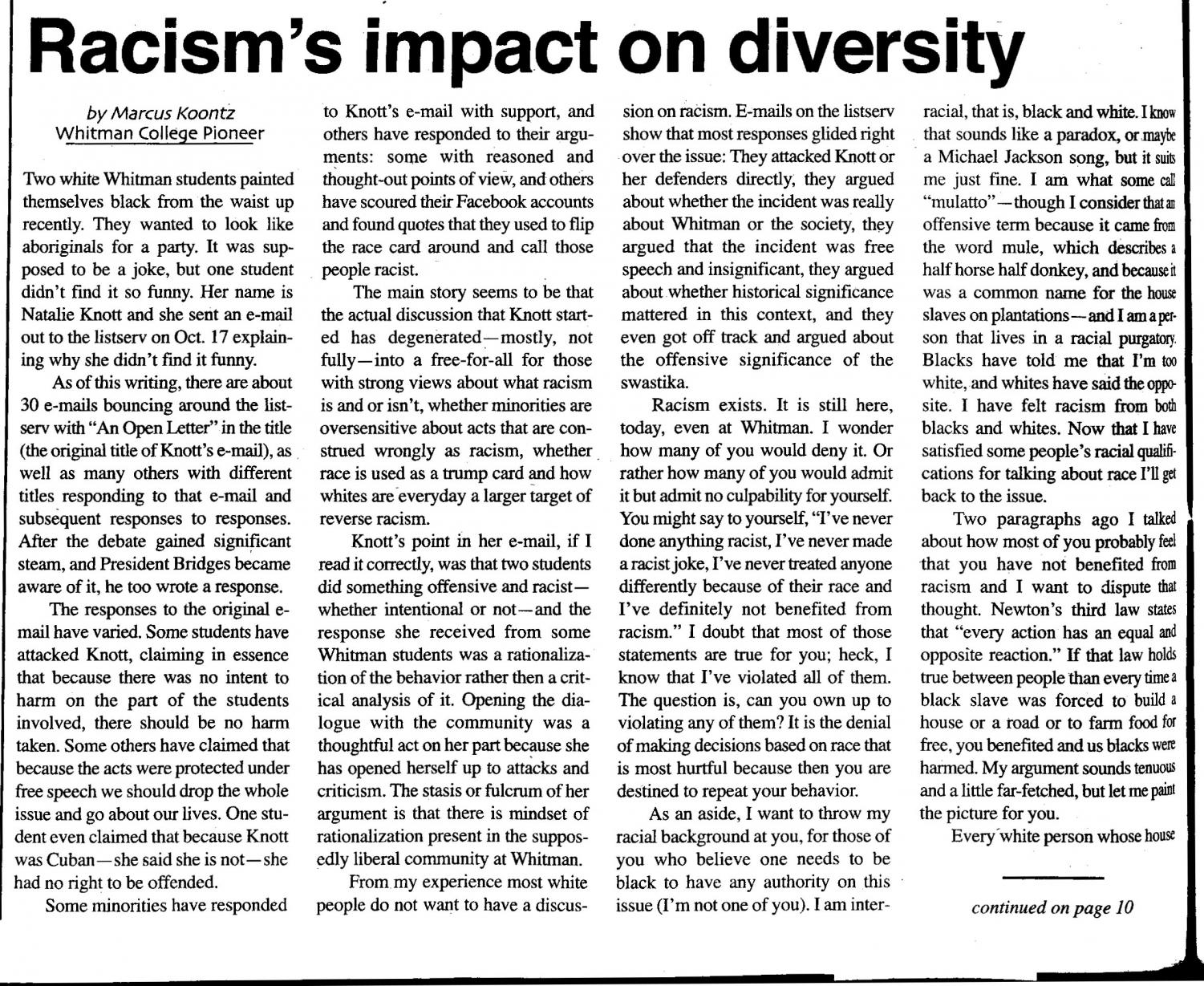 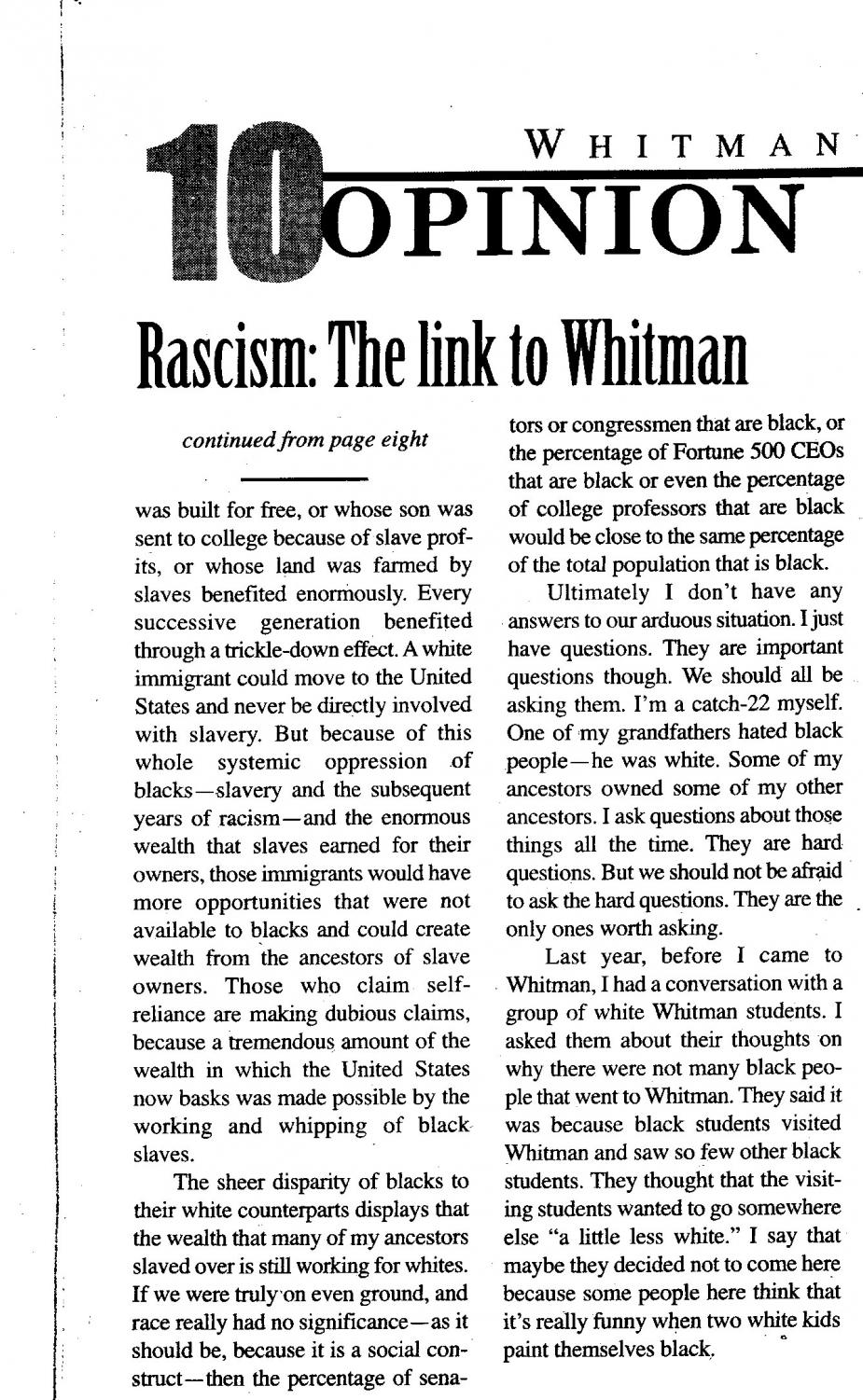 The below article appeared in the October 26, 2006 issue of The Pioneer (as The Wire was formerly known) and details the blackface incident that sparked protest, discussion and action by students, faculty and staff that eventually lead to the creation of what we now call the Power and Privilege Symposium. This year marks the fifth anniversary of the cancellation of classes for the event. This article serves as a means by which we may examine the discourse surrounding race and power on campus a mere 12 years ago; we encourage members of the Whitman community to read it carefully and critically. 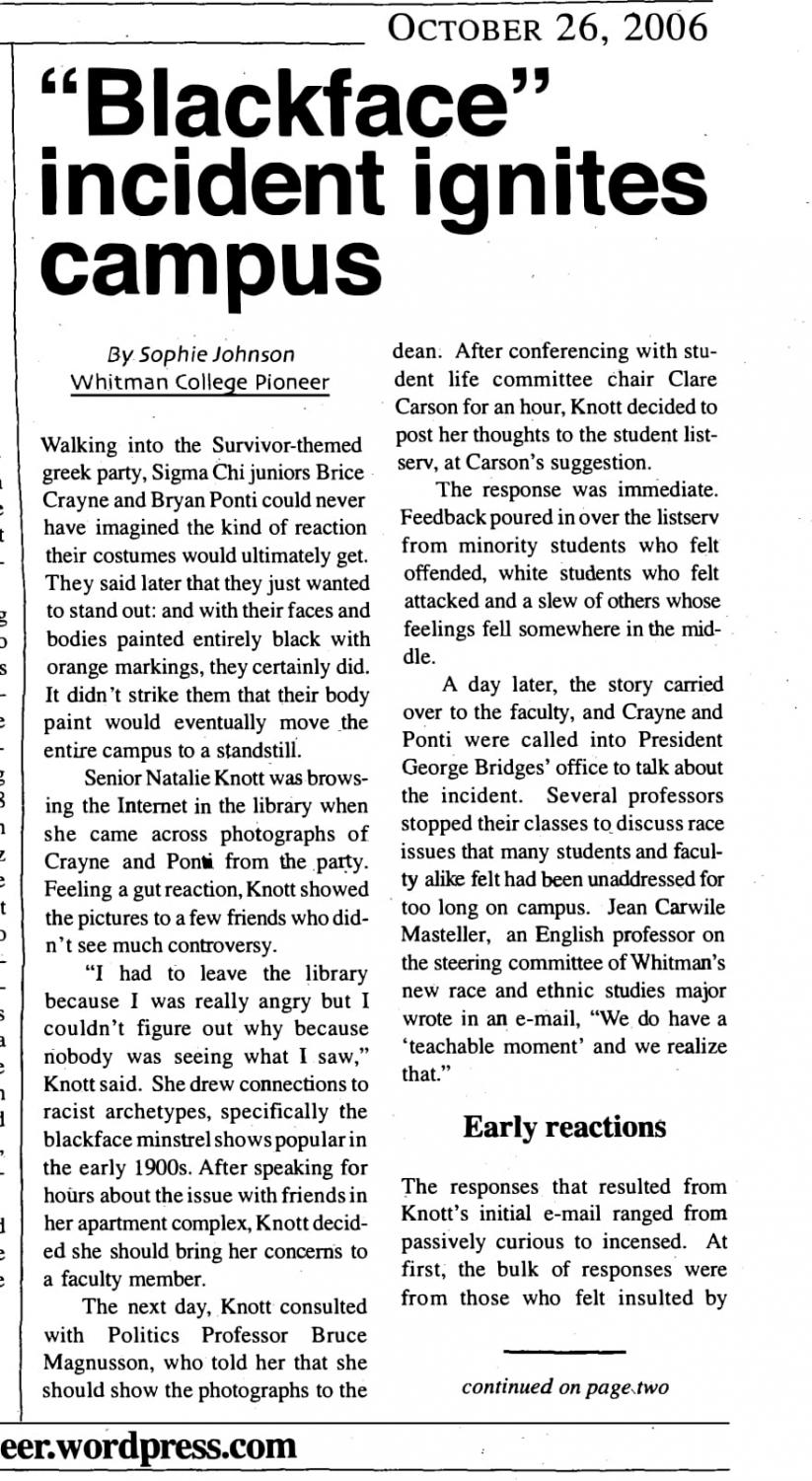 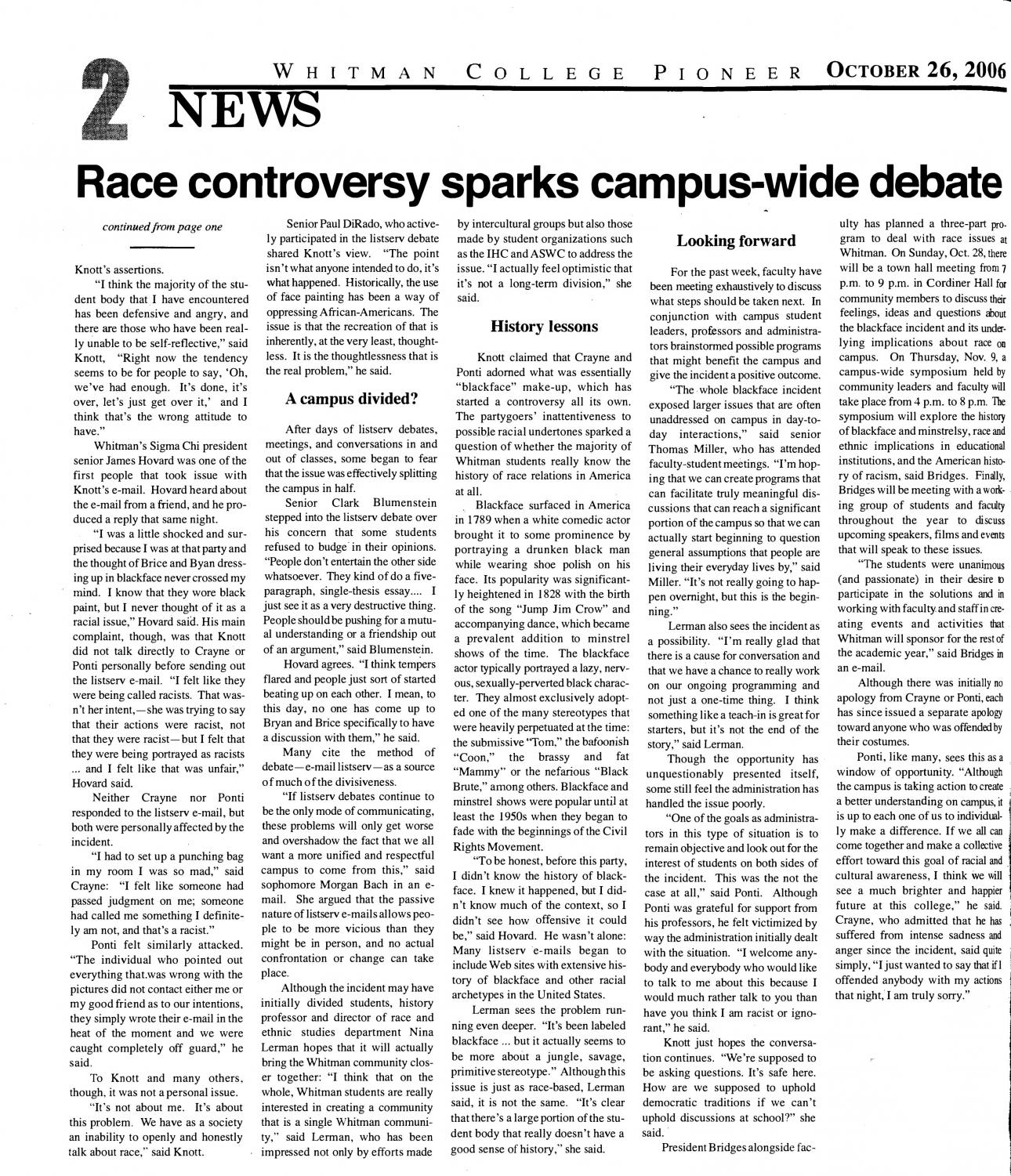