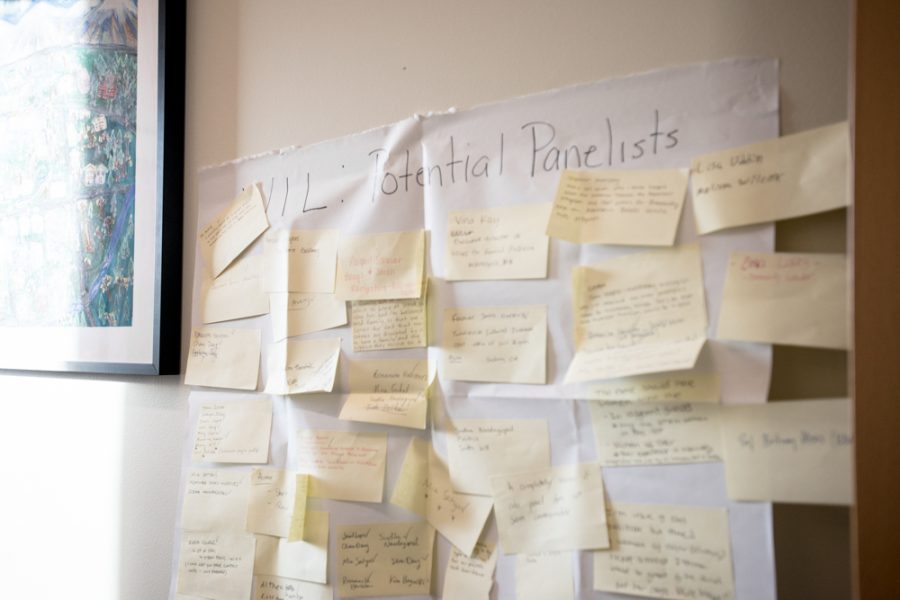 Whitman’s annual Women in Leadership Symposium will take on an expanded form this year. Centered around the theme “Identity and Leadership” the event will include a networking lunch and the opportunity for students to talk one on one with the six panelists in a drop in session from 2-4 in Reid G02, in addition to the annual evening panel session. All sessions will take place on Thursday, Feb. 15.

Two years have passed since a group of Whitman students protested the symposium, calling for increased representation of women of color among the panelists, prompting a series of discussions and changes to the event.

Jackie Bonilla ‘16, a leader of the protest, was working at the Student Engagement Center (SEC) when she first noticed a lack of racial diversity at the symposium.

“That was the first time I attended the panel and realized none of the faces and stories on that stage represented my experience,” Bonilla said in an email. “I realized that the definition of leadership represented within the event was limited, and depicted an inaccessible path for all women, especially for first generation, working class background, women of color.”

Bonilla said that she raised the issue with the SEC and tried to get in contact with the founder and organizer of the event, Colleen Willoughby ‘55, but they didn’t find a time to talk about the next year’s symposium. When Bonilla saw that the panel the following year also included no women of color, she decided to protest the event and sought support from fellow students.

In the aftermath of the protest, the SEC, which facilitated the event, called a meeting with members of the administration and student protesters, including Bonilla, Aydan Tang ‘17, Annie Want ‘17 and Sunny Ysa ‘18.

The group of students met with Willoughby and the SEC several times throughout the 2015-2016 school year to discuss potential changes to the event. With input from clubs like Feminists Advocating for Change and Empowerment (FACE) and For Us By Us (FUBU), students on the committee compiled what would become known as the “Dream List,” a list of panelists they would like to see brought to campus in future years.

“The dream list definitely required time and research,” Bonilla said. “Especially because we wanted it to not only be a thoughtful and meaningful representation of women, but also of … forms of leadership.”

While many panelists in the past have represented leadership in the realm of philanthropy, an area in which Willoughby is highly involved, Want remembers considering women who had made careers out of activism and social justice work a priority when selecting names for the list.

“It’s hard to know, as someone who loves social justice work, what that looks like if you want to do that for your life,” Want said. “In some ways, activism seems like something you do when you’re in college … and then you go get a real job.”

Want hopes that the inclusion of activists on the panel can help current students get an idea of how to channel their interest in activism and social change into a career after college.

In the year following the protest, only one of the three women on the panel came from the  protesters’ list. She was also the only woman of color represented at the panel. Next week’s event features six women, all of whose names were selected directly from the Dream List.

Last year marked the end of Willoughby’s involvement in the symposium, which she began in the 1980s in response to a lack of female leadership on campus. While recent changes to the symposium were guided by the work of the protesters, Willoughby cited her dedication to other commitments as her reason for stepping away from a leadership role in the event.

Rather than being funded by Willoughby, this year’s symposium, as well as future iterations, will have continued funding from an endowment.

Assistant Director of Career Development Gayle Townsend ‘80 led the planning of this year’s symposium, drawing on feedback and advice from a group of over 20 students at a meeting last semester. The students voted on which women from the Dream List they were most excited to bring to campus. A committee of eight students reconvened in December to decide on the theme for the event and plan the addition of the networking lunch and drop-in session.

In recent years, according to Townsend, the symposium has attracted an audience composed mainly of Walla Walla community members rather than Whitman students. After the protest, Townsend said that one of the main messages she received was that students wanted a greater say in who the panelists were.  “My goal,” said Townsend, “was to bring this back to the students.” 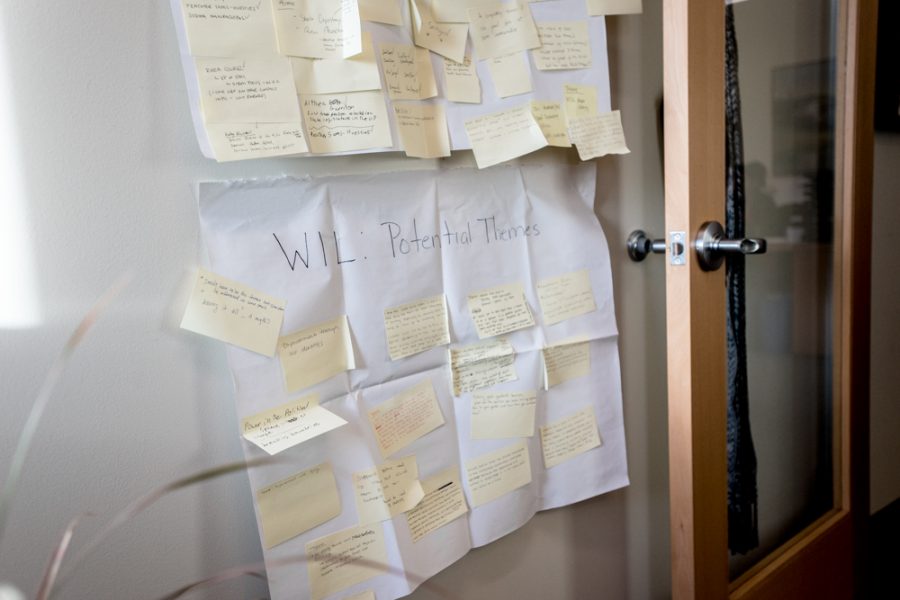 In addition to honoring the panelists, Whitman is bringing Bonilla, Tang and Want back to campus for the symposium. Willoughby was also invited to the event but will be unable to attend.

While Tang looks forward to the event, they find the theme of identity somewhat problematic.

“To say that the theme for this year identity kind of suggests that this really diverse panel is only going to be considered when our theme is identity,” Tang said. “I think that the next step is [to say] ‘hey we don’t have to have a theme in order to center identity — this panel should not only feature white people … that should be something that is already a value.’ I hope that one day they come to the place of understanding that.”

On the whole, though, Bonilla, Tang and Want expressed excitement for the event.

“All the panelists from this year sound amazing,” Bonilla said. “I was very excited to hear that this year’s symposium stayed committed to the work Annie, Aydan, myself and our community began.”