What’s in a Mission Statement?

After months of institutional soul-searching, Whitman will present a new mission statement to the Board of Trustees next week. 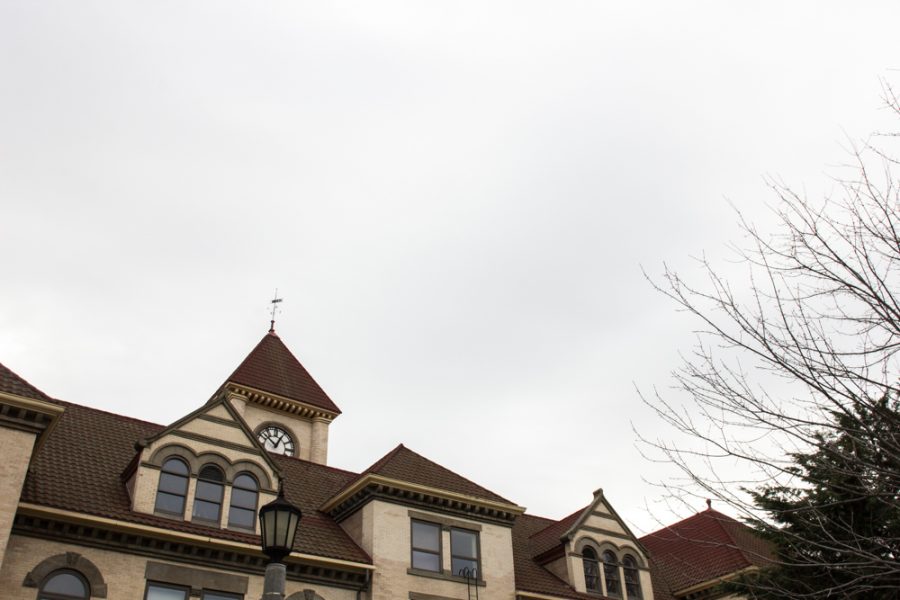 On January 16, after months of feedback, meetings and revisions, President Kathy Murray presented the Whitman community with the final draft of the college’s new mission statement to be discussed by the Board of Trustees next week. The statement reads as follows:

Situated within the rich landscape and complex history of the Walla Walla Valley, Whitman College provides a rigorous liberal arts education of the highest quality to engaged students from diverse backgrounds. Whitman students develop their intellectual and creative capacities in a supportive scholarly community that prioritizes student learning. We aim to help each student translate their deep experiences with the local, regional, and global – within and beyond our classrooms – into ethical and meaningful lives.

This most recent draft was crafted by Murray and Vice President of Enrollment and Communications Josh Jensen, drawing on feedback received from students, staff and faculty after Murray presented the first two drafts last semester. As part of the process of re-accreditation by the Northwest Commission on Colleges and Universities (NWCCU), Whitman has the option to reaffirm its current mission statement or draft a new one.

After its tenure of over 20 years, Murray thought it was about time for Whitman’s current statement to retire.

Democracy, morality and the liberal arts

Why does Whitman exist?

This, ultimately, is the question that the mission statement aims to answer for everyone from prospective students, to accreditors, to current community members.

In an email to The Wire, Kazi Joshua, Vice President for Diversity and Inclusion called the mission statement Whitman’s “north star.”

“The mission statement,” according to Joshua “says: this is who we aspire to be. This is Whitman at its best.”

Given the discussions surrounding the statement last semester, it may come as a surprise to some that Whitman didn’t have an official mission statement until relatively recently. Whitman’s first mission statement was adopted by the Board of Trustees in 1988.

Less official statements regarding the college’s purpose, however, appeared in course catalogs as early as 1934. The statements, which range in length and content depending on the year, make a variety of existential claims for the institution.

In regards to what Whitman hopes to instill in its students, words and phrases like “responsibility” and “spirit of democracy” crop up frequently. Many catalogs espouse a commitment to “practical” and “pre-professional” education, alluding to Whitman’s former course offerings in education and business administration.

Whitman’s distinctive Christian character is emphasized in statements of purpose up until the 1950s.

According to former Professor of Religion Rogers Miles, most liberal arts colleges in the United States were founded on religious grounds. For a number of years, Miles taught a research course titled The Secularization of Whitman College, dedicated to exploring the college’s evolving relationship with its Christian history. Speaking of liberal arts colleges in general, Miles said that many early educational leaders drew an inextricable link between the religious and democratic purposes of higher education.

“The reason why the Christian colleges claimed to be important for the country was that they thought that, in a sense, one couldn’t be moral without religious training,” Miles said. “Religion provided sanctions that made it in your interest to be moral and to practice self-restraint. And then the argument was made that unless you have people who can practice self-restraint, this democracy in the new republic will never work.”

Beginning in the 1960s and ‘70s, the course catalogs’ statements of purpose launched into lengthy definitions of the liberal arts — a tradition that the 1970-1971 catalog claimed “cannot be made obsolete by time or changing conditions.”

A few years later, the catalog stated: “Liberal arts study is an eternal search for truth, with all the spiritual and idealistic elements that we associate with the great minds of history.”

When Whitman was re-accredited in 1967, the accreditors expressed confusion regarding the college’s purpose, citing numerous different statements adopted by the college that appeared in places like the course catalog and faculty code. According to the accreditation report, Whitman’s various statements left students unsure of what to expect from their education — would the college adequately prepare them for graduate school? What about a career?

When the next period of accreditation rolled around in 1978, evaluators shared similar confusion.

In 1978 Whitman was asking weighty questions about its future. Should it aim to attract more students, moving from regional to national prominence? Should it strive to climb up a few rungs on the ladder of prestige?

It posed these questions to accreditors, but rather than providing answers, the author of the accreditation report wondered about the “adverse value judgement” behind them. “Whitman,” he assured faculty and staff, “is a first-rate place precisely as it is.” The accreditation body proposed that Whitman pause and take a step back.

“The real issue buried in these questions,” read the report, “is the college’s destiny and mission.”

When the Trustees adopted Whitman’s first mission statement in May of 1988, they made clear that the statement was for “accreditation purposes only.” Unlike today’s statement, the 1988 mission was little more than an administrative requirement.

Featured on the college’s website, Whitman’s current mission communicates to a much wider audience.

Whitman first amended its mission statement in 1995, in a process that involved greater participation from staff, faculty and students than its original drafting. While it closely resembled the 1988 statement, the words “technological” and “multicultural” were added — the latter as a nod to new academic areas such as Asian Studies and Gender Studies. For over twenty years, the statement remained untouched.

Murray announced the first draft of Whitman’s proposed mission statement at a speech last September, claiming that the current statement was too long and did little to distinguish Whitman from its peer institutions. In the speech’s aftermath, meetings were held by members of ASWC and in each academic division. Based on recommendations offered by students, faculty and staff, Murray and Jensen reconvened to generate a second draft that was released in December.

In the interim between the two drafts, members of ASWC tasked with providing recommendations to Murray wrote a resolution which focused on key aspects of the mission statement they approved of, and other parts they sought to change.

When asked why ASWC felt that the wording of the mission statement mattered, senior class Senators Emily Bowen and Emma Bishop noted that ASWC often cites the statement as a means of holding the college accountable to its promises as an institution.

“If we’re commenting on something that has to do with Title IX or diversity and inclusion,” said Bishop, “We’ll look first at what the college has said in some form of statement that says its aims or its values and we’ll say … ‘if you’re saying this then why aren’t you doing what we’re proposing.’”

In their recommendations, the senators noted a lack of the word “education” in the statement — a concern that was shared by a number faculty members. They expressed further concern over the description of the college as “diverse.”

According to Bishop, qualities like diversity and equity “should always be an aspiration.” Claiming that the college is currently diverse rather than aspiring to be, according to the resolution, is misleading.

While agreeing that the college should aspire to be accessible to underrepresented groups, Joshua emphasized, in an email, that the word ’Diversity’ also connotes inclusion, and equity. According to Joshua, “that means that once underrepresented students, faculty that are under represented, and staff, can fully participate in the life of the college.”

Beyond the language surrounding diversity, ASWC also made a point to stress Whitman students’ responsibilities to the “public good,” language that echoes many of Whitman’s earlier catalogs.

“With the privilege we’re given of having such an important education and access to all these resources, materials and professors,” said Senior Olivia Nicholas, another senator working on the statement, “[we] have an obligation to do something to better the world a bit.”

With public good in mind, the second draft sent out by Murray emphasized that “a democratic society depends in part on an educated citizenry.”

This language was removed in the final draft in favor of encouraging students to lead “ethical and meaningful lives,” a phrase in which Miles sees “echoes” of  Whitman’s earlier history.

When asked, by email, how she hopes Whitman can help students lead ethical lives, Murray responded: “I hope that virtually every aspect of a Whitman education helps students understand what it means to behave and work in an ethical manner.”