Near Totality on Ankeny 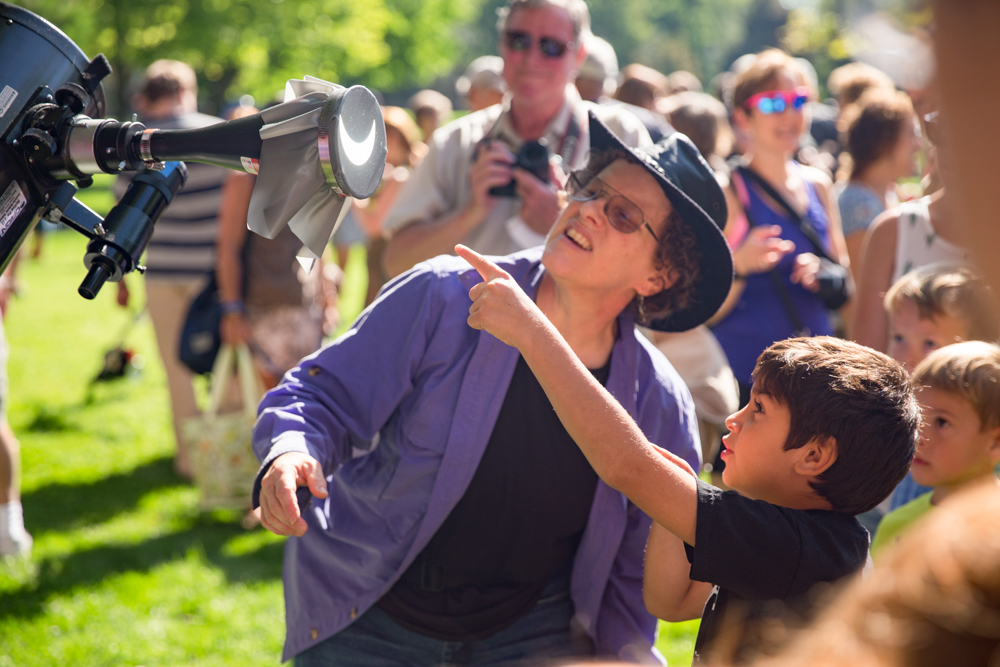 On August 21, Walla Walla caught a glimpse of what has become known as “The Great American Eclipse.”

The eclipse’s path sliced through the continental United States from the Pacific Northwest, where it could first be seen, all the way through South Carolina to the Atlantic.

Walla Walla was within the moon’s penumbral shadow, meaning that only a partial eclipse, approximately 96.6 percent, was visible on August 21. On campus, a crowd of community members, students, staff and faculty gathered at the west end of Ankeny Field. In front of the science building, the astronomy department had set up a sun funnel that projected the shape of the eclipse enlarged on paper. With glasses or pinhole viewers the small crowd watched as the moon moved from west to east until almost completely covering the sun.

As the eclipse began, crescent shapes appeared in the shadows of tree leaves on the grass and sidewalks. One student, senior theater major Teal Kurnie, brought along a colander when she experienced the eclipse from Ankeny to projecting dozens of tiny crescents.

The maximum coverage of the sun peaked at about 10:30 a.m., where only a small sliver of sun was visible. At this point, the temperature dropped noticeably and the sunny day became darker.

“It was a weird sort of darkness that happened,” said Kurnie. “The way I’ve described it is it seemed as if – when it got [near totality]– like a poorly shot movie in which they are trying to make daylight look like nighttime. It didn’t feel like quite night or bright sunlight.”

In the zone of full totality, however, it was a different experience. Senior environmental studies-sociology major Henry Fitzpatrick observed the event from John Day Wilderness, OR – a few hours drive south from Walla Walla. With a few other Whitman students, they camped on Forest Service land and hiked up a hill the next morning armed with solar glasses, all the eclipse-themed beer they could find and a cardboard box magnifier.

“The difference between 99 percent coverage and totality was really crazy. Because even until it was almost covered it was bright and there was grey light, but the moment it’s totally covered is complete darkness,” Fitzpatrick said.

They described the darkness before the moment of totality appearing slowly, as if someone was turning up the opacity, until suddenly the light went out like a switch. In darkness, a few stars and Venus were visible. 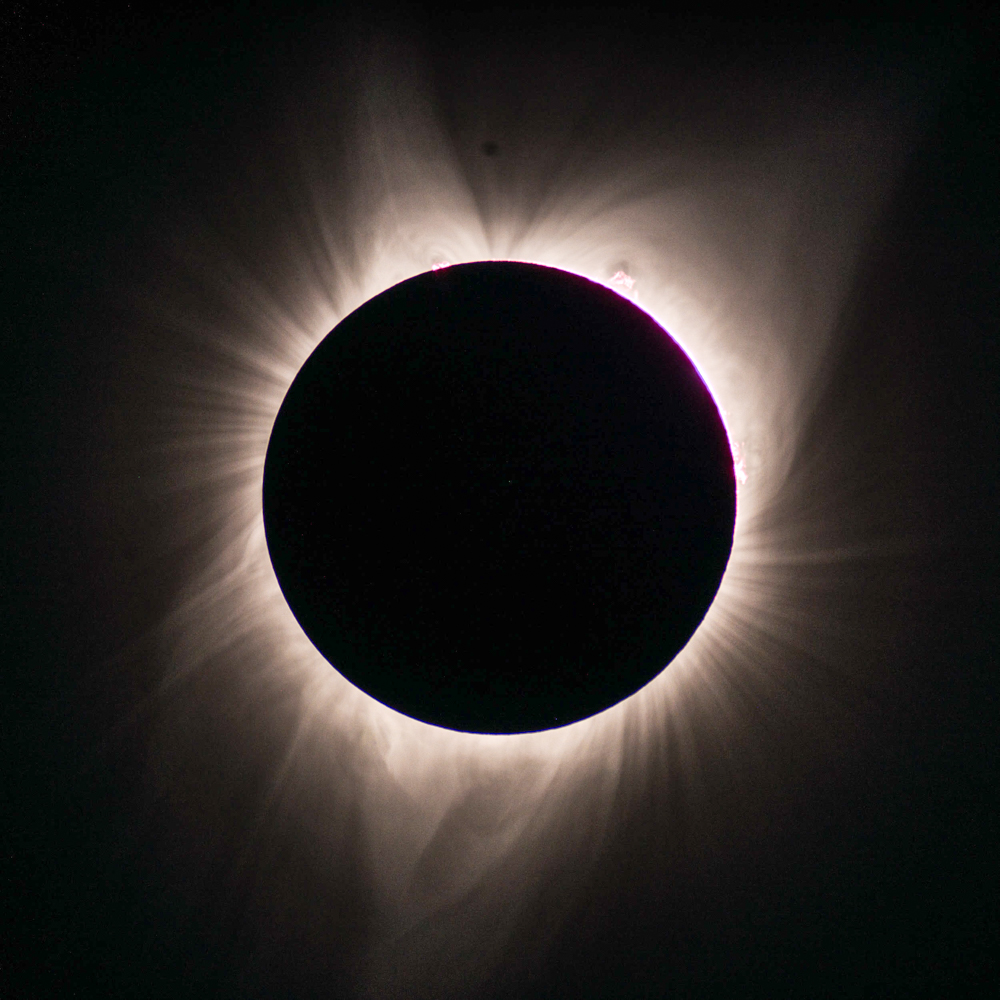 Nathaniel Paust
“It was a really fleeting moment, just enough time to look around and get the image really burned in your head,” Fitzpatrick said.

Professor Nathaniel Paust, the Associate Professor of Astronomy, also watched the eclipse from John Day, OR. Professor Paust had seen lunar eclipses before, but this was his first solar eclipse.

“You know, I’ve been studying astronomy for like 22 years now and I have this theoretical knowledge of how stuff works and why it does what it does. But actually seeing the eclipse, it was magical,” he said.

Professor Paust has been working on a project the past few months in collaboration with other professors studying the corona, or the sun’s atmosphere, that is visible around the edges of the moon during a total eclipse. Pictures collected by Professor Paust and the collaborators during the eclipse provide data on the behavior and appearance of the corona influenced by the sun’s magnetic fields.

“It was a religious experience, it was just so amazingly cool,” said Professor Paust of the two short minutes of totality. “It made you understand why people who couldn’t predict eclipses thought these were cataclysmic events.”