Renewal of the Vows: Whitman College and Fossil Fuels 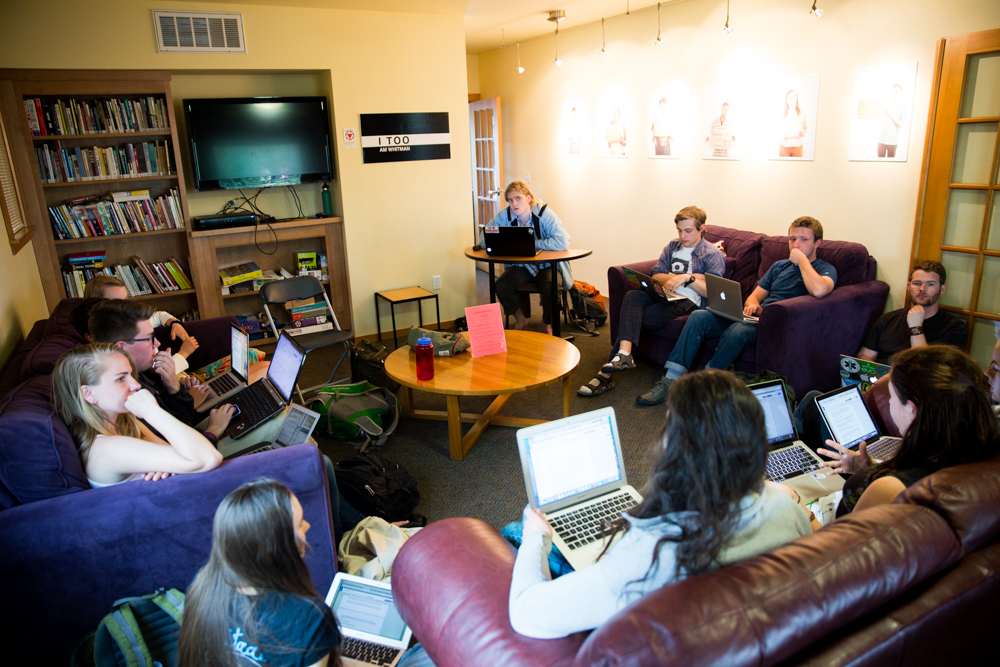 This Thursday, Whitman College and Fossil Fuels will renew their wedding vows outside the Memorial Building. Divest Whitman, the club organizing the event, will hold a similar ceremony  to the one held three years ago, but with a politically charged guest list including Donald and Ivanka Trump, Director of the EPA Scott Pruitt, and Trump advisor Kellyanne Conway.

After the 2014 protest, the Whitman College Board of Trustees stated that “a divestment of fossil fuels would adversely affect a significant portion of the College’s endowment portfolio causing a withdrawal of over 25 percent of the portfolio and risking both future potential returns to the College and the programs and students that these returns support.” Later in the statement, the Trustees said they “appreciate the significant symbolic value of fully divesting,” but that it would be difficult to reconcile the College’s reliance on these companies for its electronic, heating, and transportation needs.

Genean Wrisley, a member of Divest Whitman and Ivanka Trump in the ceremony, believes that divestment is a huge political statement Whitman College could make.

“When we do little things or daily actions it is important, don’t get me wrong, but sometimes we forget that the blame should not be on the people but on the corporations,” Wrisley said. “If Whitman divests from fossil fuels it shows that they understand those ideas, that even if we went carbon neutral it would still only be a step to combating the larger issues.”

The ceremony will also feature other student groups, including the Black Student Union (BSU), Border As Method (BAM), and Indigenous People’s Education and Culture Club (IPECC).

“The event is a satire, and somewhat comedic, but will also include voices from other student groups and include the serious issues associated with current investments of Whitman’s endowment,” Champion said.