Cuts an effort to raise the student-faculty ratio 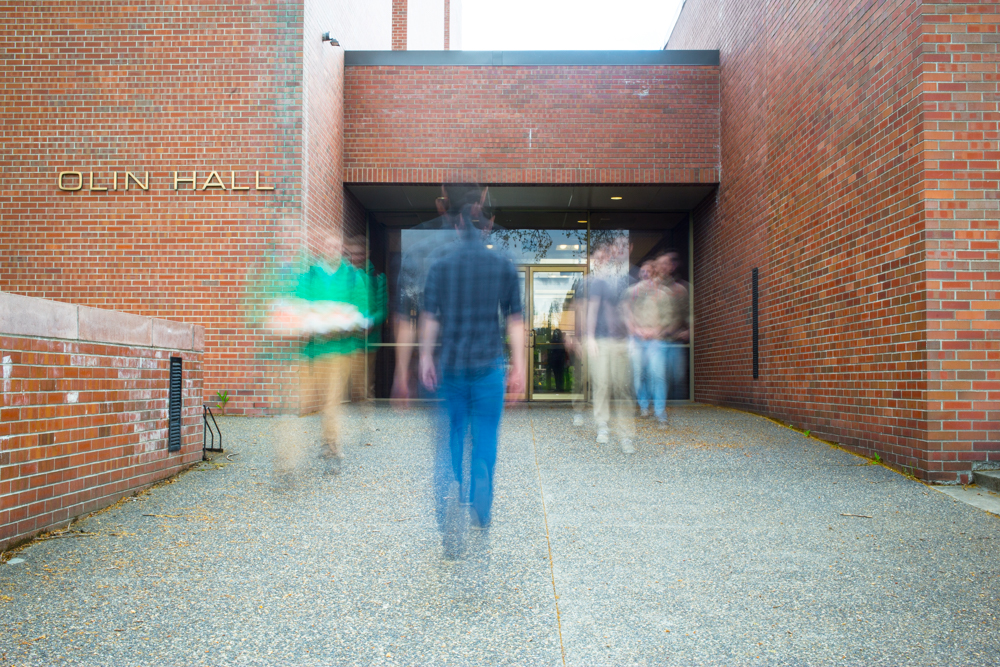 The Whitman administration has recommended not renewing tenured positions of at least five retiring faculty members in a push to increase the student-faculty ratio. The administration recommended replacing three positions in the Music, Chemistry and Economics departments.

While the final recommendations come through the President’s office, the impetus behind the cuts is a push by the Board of Trustees to move Whitman back towards a 10-1 student to faculty ratio. The ratio is currently 8.4-1.

Brad McMurchie, Chair of the Board of Trustees, distributed a letter to the faculty explaining the Board’s efforts to alter the ratio.

“While the college could financially sustain an 8-to-1 ratio in perpetuity, it just wouldn’t be the best use of our resources. Whitman’s mission is student learning. Our resources are overwhelmingly committed to enhancing that learning. That’s the way it should be. The board is committed to the health and rigor of our academic program across the humanities, social sciences and natural sciences,” McMurchie wrote. “We can and will provide an outstanding academic experience while also allocating resources to other priorities.”

McMurchie cited “ensuring financial access to all students and building a truly diverse and inclusive Whitman” as “vital priorities.”

Many faculty around campus have been unhappy with the recommendations. Chair of Art History and Visual Culture Studies Matt Reynolds wrote an Op-Ed on April 10, disagreeing with the Trustees’ metrics-based method of evaluation. According to Provost and Dean of Faculty Alzada Tipton, one of the factors in determining which departments would not have receive new professors was the department’s popularity among students, measured both by the number of students taking classes and the number of majors the department serves. Due in part to Whitman students’ heavy interest in STEM, a large majority of the 15 positions not recommended were in the social sciences and humanities.

One of the most visible impacts of the recommendations will be the discontinuation of positions covering Twentieth Century U.S. History and European Art History, both of which currently attract high numbers of students. Provost Tipton spoke about the ways she hopes that the loss of these areas of expertise will be handled in each academic program.

“The loss of those positions does not end a program or a major or a department. It doesn’t have that sort of ultimate negative effect on the program to lose that position,” Tipton said. “There are ways that liberal arts colleges approach thinking about teaching the different parts of the discipline that they teach that I believe offer us some ways of understanding that European art history will still be a part of the art history program, or that we still have U.S. history represented in the History department.”

Although there are creative teaching options to consider, many members of faculty are concerned about the loss of important topics normally covered by faculty in their departments. David Schmitz expressed concern over what the history department will look like after he retires.

“All of our peer institutions have twentieth century historians. It’s obviously the consensus of historians that this is an essential part of history curriculum in the United States,” Schmitz said. “It will create an enormous gap in the curriculum with courses that will no longer be offered or available to students.”

Dennis Crockett, Professor in the Art History and Visual Culture Department, spoke about the difficulties of trying to cover topics outside of your area of expertise.

“I used to offer a class annually, and it was a very particular kind of class. It was about Mediterranean Europe in the late Middle ages. It was about Byzantine culture and Muslim culture, and Christian culture and the interactions. It was a very complicated thing. It took me probably 15 years to get it right,” Crockett said. “You can’t expect the faculty we have to drop some of the classes that they’re doing and to spend several years retooling to teach things that they have no preparation to teach.”

Despite faculty objections, the decision appears to have been made in finality. The Trustees meet on campus from May 3 to 5, where the recommendations will be presented for their approval.