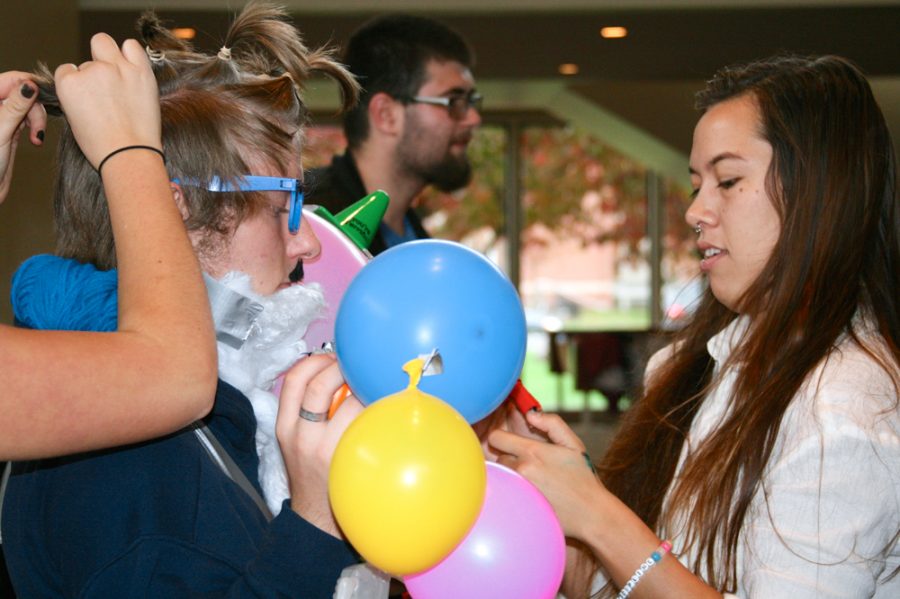 In previous years, Mr. Whitman fundraisers relied heavily on Whitman students and didn’t involve community activities. This event hosted by Kappa marks a change in the usual proceedings of the Mr. Whitman fundraising season. Instead of just raising money, Kappas want to know who they are serving and want the high schoolers and Health Center to know who they are. This year the sorority invited the Lincoln High School juniors and seniors to come to campus for a leadership day, with the main goal being to form connections with the high school students.

The leadership day featured a toy hack in Cordiner for the high schoolers, which involved taking apart toys from Goodwill to make their own creations out of them. As well as providing creative activities, this Kappa event also offered information about careers and future education opportunities. There were booths at this event with representation from the Outdoor Program, the SEC, the ARC, Walla Walla Community College and a booth featuring the Science Outreach Coordinator, Heidi Chapin. Each booth spoke to a group of students about skills in their area or career options outside the ordinary. Kappa Kappa Gamma plans to continue their relationship with Lincoln High School in the future, with events like a prom dress fundraiser and a Lincoln student art show.

Sophomore and Community Director for Kappa Kappa Gamma, Mikaela Slade, hopes that the sorority can be more than a faceless organization handing off money and become a well-known presence to the group of people they are raising money for.

“We didn’t just want to be an organization writing a check and giving it to the Health Center,” Slade said.  “We wanted to actually interact with the high school students so they know who we are and what we are doing, and exactly why we’re doing it.”

Senior Meghan Ash, Philanthropy Chair for Kappa and co-chair of Mr. Whitman, hopes to increase contact between Kappas and the Walla Walla community during Mr. Whitman.

“I’ve been involved in Mr. Whitman every single year, and every year I have a little bit of a problem with the fact that we raise a lot of money, but don’t really have much community contact throughout it,” Ash said.

The money raised throughout Mr. Whitman and other Kappa community fundraisers this year all goes to the Health Center, who hopes to use the money to fund the new counseling position at Lincoln High School. The counselor would work with students individually as well as family counseling, and provide referrals to other healthcare providers. The money from Kappa will fund the salary of the position this year, and this will help the Health Center apply for a grant to continue the position in the future.

“The students at Lincoln High school are among the highest-need and most-traumatized in the Walla Walla school district,” Ledington said. “Without this care, these young people are far more likely to face the well-documented consequences of adverse childhood events, including poor school performance and life-long social problems, economic insecurity, poor health and early death.”

Kappa Kappa Gamma chose the Health Center this year as their charity because of the desire their members had for promoting mental health in a way that benefits their community at Whitman and in Walla Walla. Meghan Ash and the other members of Kappa felt that the Health Center’s proposal to provide a counselor at Lincoln High School would be an excellent way to exemplify this value.

“We thought this really aligns with what Kappa is motivated to talk about and passionate about right now, and is really important to many of our chapter members,” Ash said. “We saw that as a really concrete and tangible plan, and something that we could fundraise for and get the money to do.”