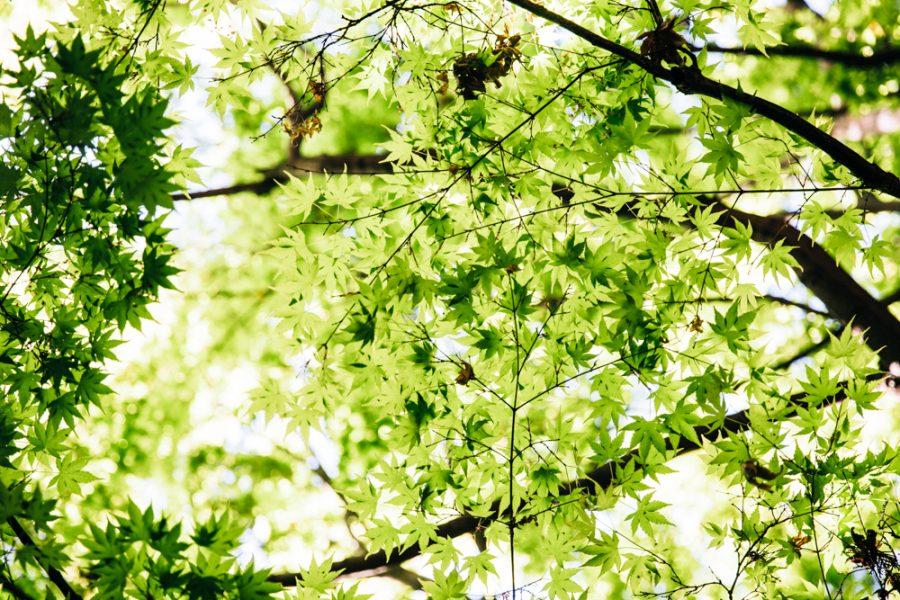 If a tree falls in Douglas Residence Hall and no one is around to hear it, does it make a sound? The tree may not, but some Douglas residents would in protest.

In spring of 2015, Residence Life began discussing the removal of the Japanese maple in the middle of Douglas Residence Hall’s courtyard. Issues relating to the large amounts of debris falling in the courtyard and the displacement of courtyard tile by the root system were main concerns. However, in a survey that the Physical Plant administered to all Douglas residents, all 36 respondents reported liking the tree, with most feeling that the tree was an integral part of their Douglas experience. Currently, Residence Life has solidified no plans for removing the tree or revamping the courtyard, and action may not even be deemed necessary for an extended period of time.

The main issue with the tree, which is about three stories tall, is how it affects the courtyard in Douglas. The maple drops a lot of debris into the courtyard, which can be difficult to clean up and may cause fewer residents to utilize the courtyard.

“The tree also makes a mess, so it discourages people from using the courtyard,” said Assistant Director of Residence Life Andrew Johnson.

Johnson also mentioned that the tree is beginning to put cracks in the tile of the courtyard, which could be a problem in the future.

“Right now, it is damaging the tile. So it is likely that the tree will need to be removed at some point to fix the tile,” Johnson said.

Although the conversation has been started, Residence Life has no plan for improving the Douglas courtyard yet.

“My understanding is that there is no explicit plan right now. I know there have been conversations to what degree it’s harming the ground and tile in there, and what degree could it be used as something else,” Johnson said.

However, some Douglas residents do not want a plan to remove the tree. Some believe that the tree lures them out into the courtyard more frequently and view it as being a key part of the Douglas environment. Other Douglas residents like the tree but would be willing to see it go if it compromises the structural integrity of the building.

Sophomore resident Robin Rounthwaite thinks he and his suite mates use the courtyard more because of the tree.

“We often wind up going outside, into the courtyard, and touching the tree’s leaves and things. And often the tree becomes a centerpiece of our conversation,” Rounthwaite said.

Rounthwaite notes that the tree’s presence also influenced his suite’s decision to live in Douglas.

“[The tree] is one of the reasons why we chose Douglas in the first place,” Rounthwaite said.

“It’s just a nice fixture in the building. Douglas is not the prettiest building on campus … but the tree really makes it feel more nice, more homey, more like a place to live,” Sonstroem said.

Sonstroem would be willing to see additional renovations made to the courtyard but not at the cost of losing the tree.

“I know some people have suggested having a hot tub, which I think would be totally cool, but which might be completely impractical and [the tree] might drop leaves into the hot tub. And I would rather have the tree,” Sonstroem said.

Some residents, like sophomore Mary Brady, think that the tree must be cut down if it poses structural problems to the residence hall. The issue of what to do with the courtyard is as simple as what is safest for those living in Douglas around the courtyard.

“If the tree is messing with the building, it’s got to go. That’s as complicated as it is for me,” Brady said.