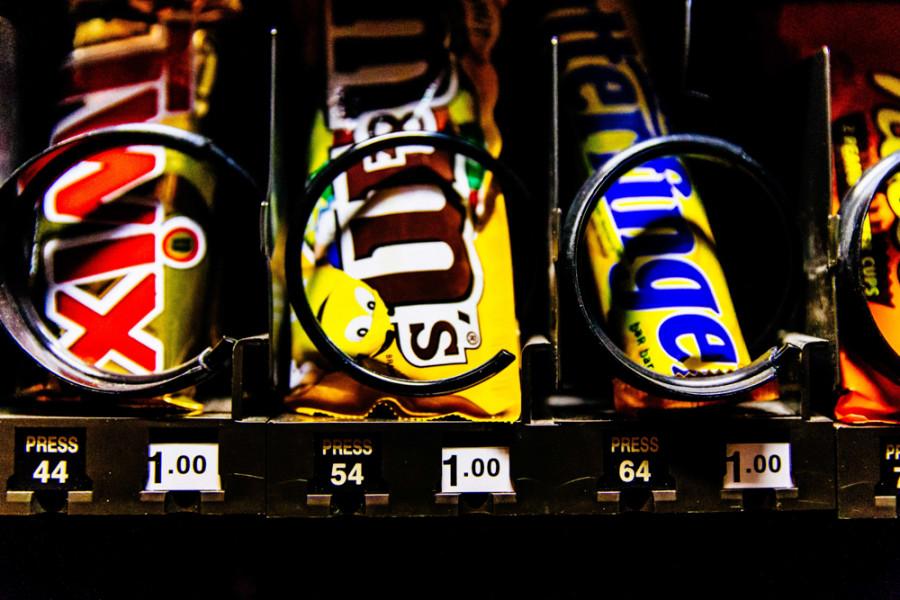 The first vending machine was created over 2,000 years ago by the Greek mathematician Hero, who also invented the syringe. On Whitman’s campus, vending machines have been around for fewer than 50 years. These days, instead of dispensing holy water in Egyptian temples, vending machines are designed to provide students, faculty and staff with a quick, inexpensive snack.

Today Whitman’s vending machines are serviced by Swire Coca Cola company, the local branch of the Coca Cola Company in Walla Walla. There are over 25 vending machines on campus, which bring in a net revenue of around 7,000 dollars a year through a commission that is based off of how much is sold out of each vending machine. The funds for each machine go to the department or residence hall that houses it.

“We have vending machines are here as a matter of convenience for the students, the faculty and the staff. It’s nice when you’re starving that you don’t have to walk to the seven eleven and instead you can just grab a quick coke and a bag of chips,” said Treasurer and Chief Financial Officer Peter Harvey.

And although they are designed and put into place with convenience in mind, there are still instances where students feel vending machines could be improved.

“Some of the vending machines need to be upgraded because they won’t take my dollar bills, only my coins,” said sophomore Emma Graham.

Though faulty machines can be a source of student frustration, sophomore Andy Bainton added that in some cases it can simply be the torment of all of the snacks just out of reach when one doesn’t have cash.

One solution for students low on money, as suggested by first-year Chris Hankin, may be to add a means to purchase food with a Whitman ID card, so that “flex dollars” included in meal plans could be used around campus. However, that change could be both expensive and difficult to arrange, as there each building manages its own machines and there is no central authority for vending machines on campus.

This is not to say, however, that vending machines on campus are not be subject to oversight. In 2011, Whitman made the conscious decision to do away with the plastic water bottles sold in vending machines as a way to cut back on the amount of plastic waste generated by the college. Additionally, students interested in different snacks in the vending machines are able petition Residence Life, and if the item they desire is carried by Swire, the change can be made without too much difficulty.

Today vending machines at Whitman carry up to 35 different options ranging from Sun-Chips to Grandma’s Cookies; however, it would appear that Whitman students are a fan of the classics, as Snickers are the most commonly purchased item on campus.

Despite all of the snack options to choose from, a big improvement from the single piece of Tutti Frutti gum sold on New York subway platforms in 1897, some students are still cautious when purchasing snacks. In recent years, vending machines have been responsible for more deaths than shark attacks (the deaths resulting when the machines are tilted or shaken in order to get stuck products). While the odds of being squished by a vending machine is small, one in 112 million, there are still those that hold their doubts.