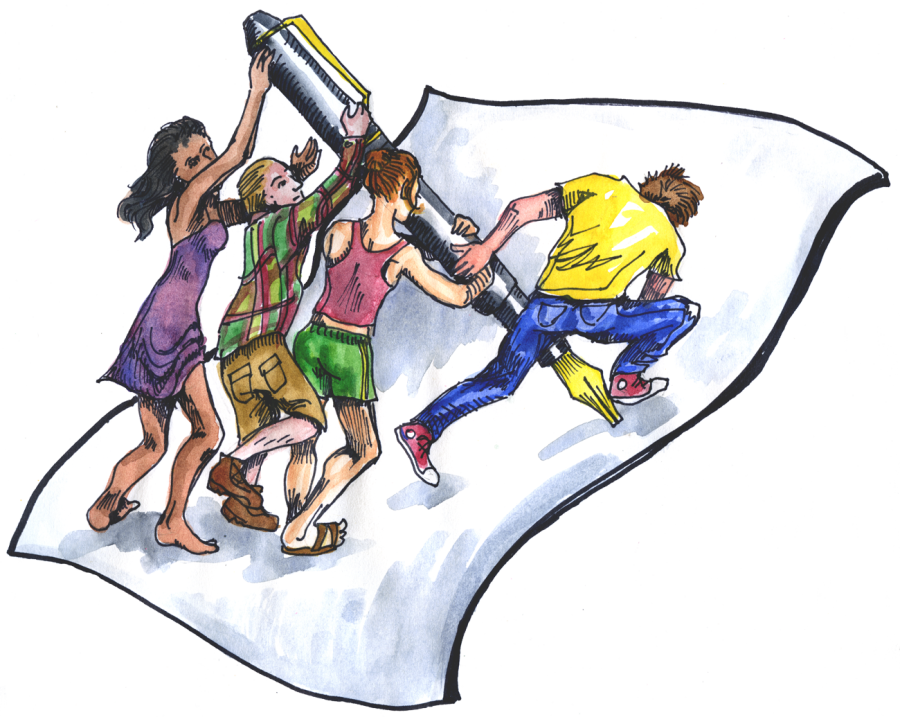 For the first time in memorable history, the entire student body will vote directly on two petitions in a legislative election. The first petition in the election, taking place Thursday, May 8, will determine student support for a resolution calling for a student on the Board of Trustees as a voting member. The second act would create the position of sustainability director to organize the various groups working toward sustainability and environmentalism on campus.

“[This election] is about breaking down bureaucratic barriers and having a more participatory, direct democracy,” said Wills in an e-mail. “[ASWC] can be overly moderate and overly cautious at a time when concerted political action is desperately needed.”

The approval of the entire student body may add greater weight to calls for a student representative on the Board of Trustees. Previous ASWC administrations have lobbied the board to approve a student to join the body which holds ultimate power over the college.

While students now sit on several of the Board of Trustees advisory committees, including the diversity committee, academic affairs committee and budget review committee, there is still no representative from the student body who may observe, speak and vote during board meetings where decisions are finalized.

“This referendum, if there’s enough turnout and if it passes, will send a strong signal that this isn’t just something that’s coming from the inside beltway of ASWC, but [that] this is something the students at large are getting behind,” said senior ASWC senator Kayvon Behroozian, who lobbied for student representation on the board during his term as ASWC president in the 2012-13 academic year.

Frustration with the lack of a student voice in making decisions on campus has been an issue for years. Some students blame the inability to influence directly campus policies for perpetuating a climate which discourages students from becoming invested in political issues and working for change.

“I think that if Whitman students felt that we could actually change something on campus, maybe we’d be encouraged to try to do more. Because if we can’t change things in our own house, why would we try to change the world?” said sophomore Ben Sheppard.

Some students perceive the Board of Trustees as isolated from student opinion, as they have little interaction with students on a regular basis, and many live far from Walla Walla, and some were never students themselves.

“A lot of board members, because they’re only here a couple times throughout the year, don’t really know what’s going on in the student body beyond what ASWC passes and their interaction with student government leaders,” said senior ASWC senator Sean Mulloy. “To have a full-time Board of Trustees member who was a student would be a really good way of informing the board of what is concerning the student body, and also having representation in those decision-making processes.”

In recent years, student activism has forced the trustees to address issues such as racial diversity on campus and divestment, but only after significant organization and pressure from students.

“The rally [against racism] happened when the trustees were here. That’s the only reason they know there’s a problem with race [on campus],” said sophomore Maricela Sanchez-Garcia. “All the work that is being pushed for is because of [student activism]. It’s not because trustees want to do it themselves.”

While enjoying a large amount of support, the resolution encouraging the creation of a student trustee is still seen by some supporters as less than ideal. Because the resolution can only encourage ASWC and the Board of Trustees to take action, it can be ignored, as the resolution on divestment passed at the end of last year was. In addition, a single student could not represent the diverse concerns of the entire student body.

Compared to the resolution calling for a student on the Board of Trustees, the act for creating a student sustainability director to organize sustainability projects supported by ASWC is slightly less well known. The position would place a student in a similar role to that of Campus Sustainability Director Tristan Sewell.

“It’s an opportunity for students … to build the follow-through in their student government,” said Sewell. “Having a dedicated position in ASWC ensures that’s part of the discussion year after year, instead of varying with the ebb and flow of student input.”

If the act is passed, the position would be elected during the fall of next year at the same time as first-year senators. Candidates may form their own platform and vision for the position.

This legislation led to clarifications of the process for putting resolutions and acts before the entire student body for a vote, so that further pieces may be proposed in future years.

With the possibility of further legislative elections in the future and growing demand for student representation at the highest levels of decision making on campus, students’ involvement in campus politics appears set to grow in years ahead.