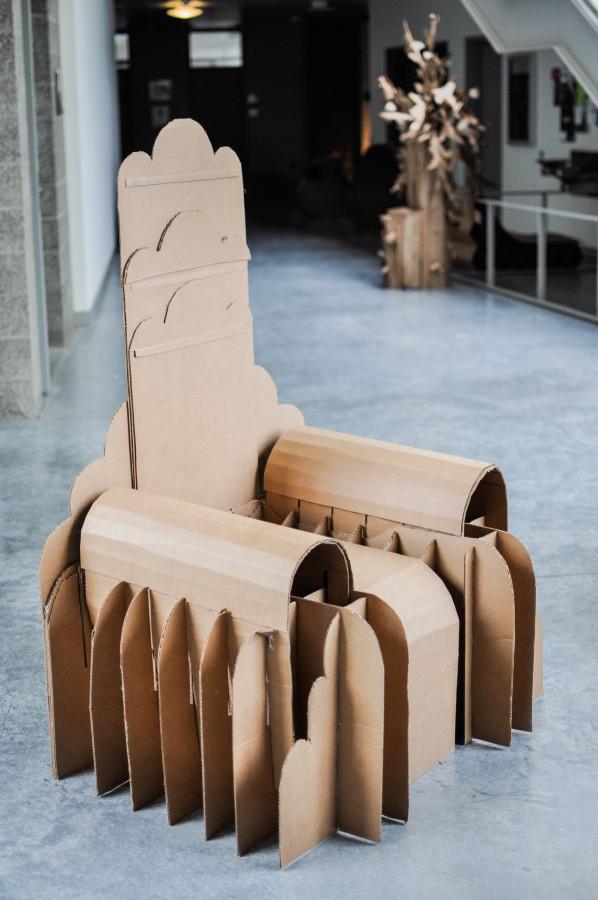 The art department has changed the structure of its introductory studio art classes, ending the popular Introduction to Visual Arts Practices class and instead creating more specialized “Foundations” courses. The changes, which will be implemented for the 2014-2015 academic year, provide for five new classes that will be offered during the academic year on topics including contemporary printmaking, abstract painting, the transformed object and digital processing.

“We wanted to rethink the foundations classes so as to offer depth over breadth,” said Pietrantoni. “We also wanted to account for new people entering the department who were bringing new specializations.”

Traditionally, IVAP has sought to provide students an opportunity to explore a wide variety of artistic media through multiple projects throughout the semester. A class required for the art major and minor, its makeup often provides for an interesting juxtaposition: students who bring significant experience in studio art and those who are looking to fulfill their fine arts requirement with a 100-level art class.

Sophomore Cody Burchfield, an art major who is currently enrolled in one of three IVAP classes being offered this semester, said that the class structure doesn’t allow students on either side of the experience spectrum to fully realize projects.

“It doesn’t seem like it satisfies either desires, [an art major or someone who is taking it to fulfill requirements,] very well. It’s such an expedited timeline that if you want to invest in it, you don’t have time to dedicate to anything in particular,” he said.

Part of the struggle with the current layout of IVAP is its breadth. The course exposes students to a wide variety of media, but many, like Burchfield, don’t feel as if they’ve fully gained an understanding of the various practices it introduces. Sophomore Taylor Cook is pursuing an art minor and also is currently enrolled in IVAP.

“It’s not feasible that you can really sink your teeth into a medium in such a short period of time,” she said. “The professors know this, too, but I think for students with little or no art experience, it’s a fun introduction to most art mediums. But it doesn’t delve deep enough to capture my attention.”

Still, the challenge of completing projects that often seem to differ strongly from week to week is seen as an exciting challenge to some students, such as Burchfield.

“I think that the curriculum itself is somewhat problematic, but the expectations for my work are not. It’s actually been really good in the sense that I’ve gotten a chance to see that I need to get better at drawing, and I’ve been re-exposed to a bunch of different things at once,” he said. “But at the same time, because it’s so condensed, it doesn’t really allow me to run with any of the bigger ideas that I would like to.”

Student feedback contributed significantly to the decision to change the structure of introductory courses. Forbes, who served on the committee to rework the foundations classes, said that it was motivated by student and faculty concerns regarding the amount of material IVAP classes are expected to cover.

“There have been a lot of questions and concerns about how we make the foundations courses meet the needs of our art majors and the large number of students who take studio courses to meet their art requirement,” he said. “Some of it was trying to better accommodate student needs, and part of it too was realizing that you cover a lot of different processes, which can make the teaching of the course complicated and challenging at times.”

Many of the courses approach a traditional art area, such as printmaking and sculpture, in a way that reflects a specific context or theme that relates to multiple disciplines. This is evident in Pietrantoni’s own foundations class, “The Contemporary Print and Artists’ Books,” as well as Associate Professor of Art Michelle Acuff’s “The Transformed Object” and Forbes’s “Material Transitions: Line, Space, Mass and Motion.”

“The changes reflect on the contemporary art world right now, which is incredibly interdisciplinary. In this way, we’re rethinking foundations classes as a way to offer more depth into a specific academic art area, but also many of us are thinking that we might want to explore an idea or theme throughout the semester,” said Pietrantoni. “As a liberal arts institution, [we’re] thinking about what other departments and professors are doing and bringing it in to our own classes.”

Though the change will allow for greater specialization and examination of a specific area of art, students like Burchfield value their experiences in IVAP.

“I think this change to new foundations is a great, great move. But I don’t regret taking IVAP, although I didn’t really have a choice,” he said.