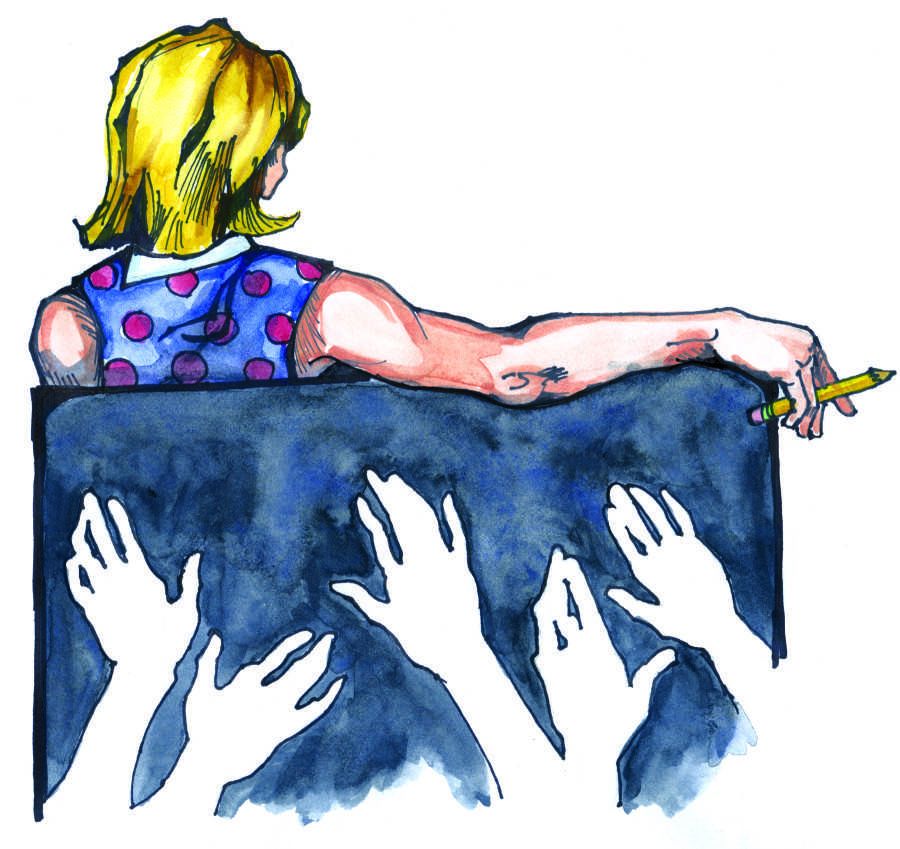 Whitman College has hired Tarik Elseewi as the new tenure-track assistant professor of film and media studies beginning in the fall semester of 2014. The administration’s choice, however, has been met with mixed reactions from students.

Current Visiting Assistant Professor of Film and Media Studies Annie Petersen was not hired for the position and will leave after this academic year. The lack of student regard in the hiring process has produced issues between the administration and students. A Facebook group entitled “Advocates for Annie Petersen” has garnered a 133 member following, representing the frustration that the students feel towards the loss of Petersen and also the current format of the hiring process.

“[The Advocates for Annie Petersen group] wants to emphasize that although Tarik is going to be a great professor here and do a lot of really good things for the department, it’s also really hard not to acknowledge the fact that we are losing something really valuable in letting go of Annie,” said sophomore film and media studies major Meg Logue.

Over 100 candidates applied for the position, and three were brought to campus to give presentations. During the application process, the candidates gave two presentations, one as a sample class and one presenting their research, to a public panel consisting of mostly student film and media studies majors. The hiring committee, which is composed of Professor of Film and Media Studies Robert Sickels (program chair), Associate Professor of Philosophy Rebecca Hanrahan (Division II chair), Associate Professor of Politics Aaron Bobrow-Strain, Assistant Professor of Art Justin Lincoln and Assistant Professor of Art History Matthew Reynolds, reviewed the public’s remarks, but the final decision was ultimately left up to this committee. The Committee of Division Chairs and the president also must approve the hire.

“Many of us were on the panels, and we had overwhelmingly voted for her,” said junior film and media studies major Jess Good. “On the hiring committee we have a minimum of student input, but there are certain things that students could contribute [to the hiring process] which no hiring committee could ever see.”

The leaders of the Advocates for Annie Petersen group,  juniors Jess Good, Dana Thompson and Lindsey Holdren, encourage members to write letters which will be sent to the Board of Trustees, the hiring committee and the overseers. The letters include laments over the administration’s decision, a call to form a third tenure position in the film and media studies department and a call to include more student involvement in the hiring process.

“Most of our goal is to advocate for more transparency within the hiring committee and more student involvement even if it’s just a student majority vote or a student on the committee,” said Logue.

The students who participated in the public panel had access to the job description and kept those stipulations in mind when writing their assessments of each presentation. As a formal policy, however, the administration does not announce the hire to the public or give any reasons for their choice.

“They did not make an announcement, which I understand they don’t do, but I think that’s extremely cowardly,” said Good. “It was a blow out of nowhere that no one expected.”

Students know that there were a variety of factors that led to Elseewi’s hire, but they speculate that the administration wanted a candidate who specialized in global studies, and Elseewi’s specialization in electronic media and national identity in the Arab Middle East fits this description.

“I believe that Professor Elseewi will make a wonderful addition to the Whitman faculty,” said Provost and Dean of Faculty Tim Kaufman-Osborn in an email. “In addition to considerable expertise in various forms of mass media, including but not limited to television, he will bring to Whitman a perspective that will significantly enhance our commitment to introduce global perspectives into our curriculum.”

With this stipulation for the position in mind, Logue points out that Elseewi is a good fit for the job. However, Logue wishes the college could have been more transparent with the students in regard to the administration’s desired qualifications for the position.

“One of the things they were looking for was globalization, and that was one of the things Tarik marketed himself really well for, and he would be really qualified in that area. Having that in mind, it makes a lot of sense that they hired him,” said Logue. “But it was definitely very difficult for students going in because [the students giving feedback] weren’t aware that the college was looking for that criteria in specific.”

In regard to tangible change, Good recognizes that advocating for a third tenure position in the small film and media studies department is unlikely for financial reasons. The group’s main focus, then, lies in their wish to include student opinion in the hiring process. According to Good, this would take form in altering the college’s formal hiring process by having more transparency along the lines of what the administration is looking for in a candidate, and also allowing for a student majority opinion to be verbally addressed to the hiring committee.

“We feel like this process was not done the right way, and we want to change the process that gives more weight to student voice,” said Good. “This is the reason why we want to call attention to Annie. If we can’t save this department, then we want to save other departments.”

The hiring and tenure process was under a similarly heated dispute in the spring of 2012 when former Assistant Professor of Foreign Languages and Literature Alberto Galindo was denied tenure. The specifics of the denial were also not made public, and this decision brought about a similarly negative outcry from students that called for a reevaluation of the tenure process at Whitman.

The administration holds the belief that their decision to hire Elseewi fills certain academic goals of the college as a whole. Kaufman-Osborn commented on the high quality of Petersen’s teaching ability but also recognizes that there are other factors contributing to the hire.

“I am very much aware of the significant contributions made by Professor Petersen to the Whitman academic program during the time that she has been a member of our faculty, and I am truly grateful for those contributions. That said, I understand why the search committee advanced the recommendation it did on the basis of multiple considerations, including teaching excellence, but also an appreciation of what each of the final candidates might contribute to the overall academic program of Whitman,” he said.

Petersen taught at Whitman for the spring semester in 2010 and then came back in the fall of 2012. Her classes cover topics such as film theory and pop culture with content including post-Katrina media and the TV show “Mad Men.”

“I love Whitman and I love the students, and it’s always been my dream to teach here. It saddens me that that’s no longer possible,” said Petersen.