Glean Team Harvests for the Community 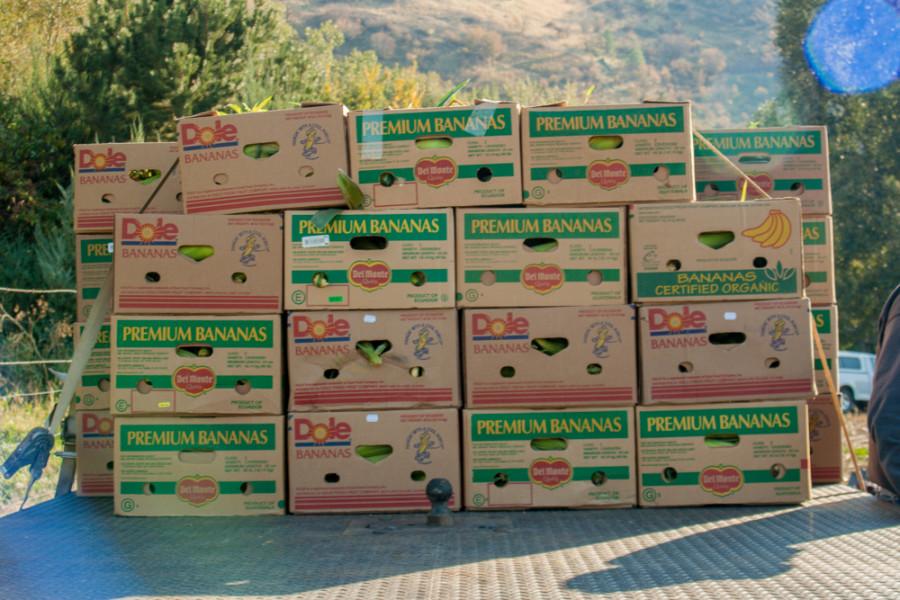 The school years is well under way, but members of this summer’s Food & Hunger SCORE are still working to address food instability in Walla Walla by founding the Whitman Glean Team. By picking the fruits and vegetables around the Walla Walla Valley, which would otherwise be left in the fields, and then donating them to food banks, the Glean Team hopes to provide healthy food to those in need as well as save food which would otherwise go to waste.

Though frequent windstorms allowed only one gleaning trip in September, interest is high and the team hopes to get out in the fields several more times before the frost sets in and brings an end to the harvest. Sophomore Sam Curtis founded the Glean Team this September after gaining experience gleaning first as a participant and then as a leader on the Food & Hunger Summer Community OutReach Excursion (SCORE). Gleaning, the practice of picking produce which is not profitable for farms to pick themselves, was one of several components of the SCORE.

“The hunger situation and the homelessness situation really go hand in hand,” said Curtis. “Getting Whitman students involved in gleaning would be so easy. There are so many students at Whitman who want to be involved; I just made a list-serv and that’s all it took.”

By canvassing at the Activities Fair and spreading the news by word of mouth, Curtis created a list-serve of over 140 students who are interested in gleaning, though only six were able to attend the first Glean Team outing on a small organic farm. Many of the first-years from Curtis’s SCORE enrolled for the Glean Team as a chance to continue gleaning.

“It was crazy to see how much [effort] goes into a farm and how much work goes into every vegetable you eat,” said first-year and SCORE member Meghan Ash. “[However], I don’t think I would [glean on a non-organic farm], because to glean, you physically come in contact with all of the produce, so if it’s not organic you’re touching chemicals and getting stuff that’s really harmful on you.”

The Whitman Glean Team will add its efforts to those of two other gleaning groups already active in the Walla Walla community. Curtis has received help from Laura Engelman, an Americorp volunteer who manages one of the community gleaning groups as part of her work.

“It’s more hands-on than just working for a non-profit that does office work and facilitates people on the ground–I wanted to accept that role of action, being on the ground myself. One of my big areas of interest is trying to work for a more sustainable solution for food insecurity,” said Engelman.

Engelman helped organize the SCORE’s gleaning experience this summer, put Curtis in contact with farmers who may be willing to have volunteers glean on their farms, and helped the Glean Team transport produce to food banks after their first glean.

While the coming winter may soon put an end to the Glean Team’s excursions, interest remains high and connections are being built with farmers and the community, which could make the team a permanent fixture among Whitman’s clubs and activities.

“[Gleaning] is something that students should get involved with, but at the same time the size of the [gleaning] list-serv is so enormous, I don’t think we’re going to have gleaning opportunities in one season for the 130 people [on it right now],” said Curtis. “I’m really just glad there are that many people that are interested in being involved.”