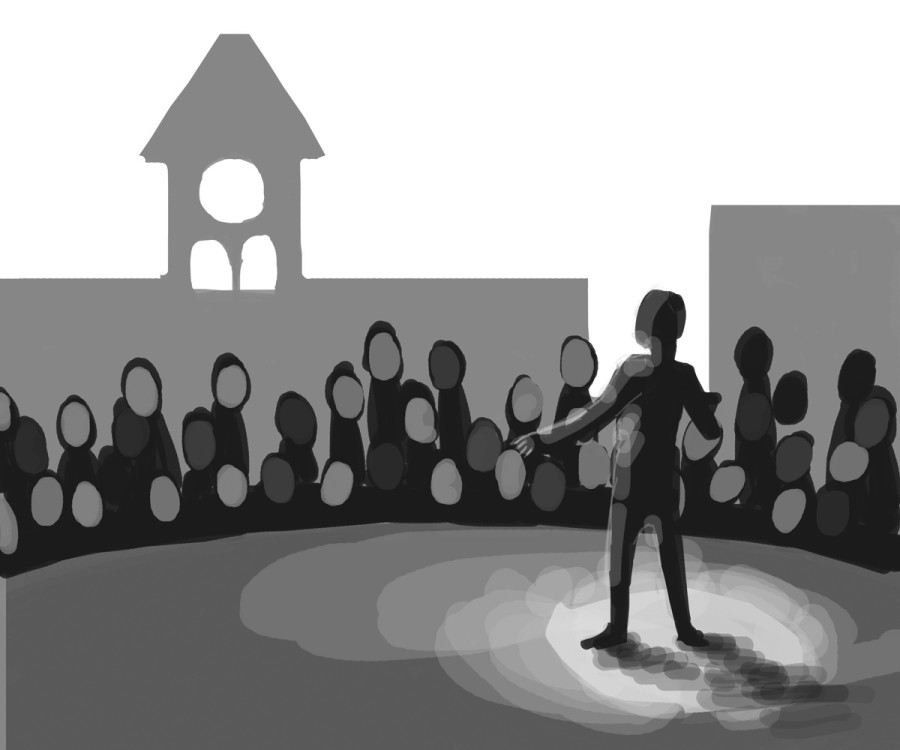 On April 27, Kimball Theatre will host the first inaugural TEDxWhitmanCollege event, featuring student and faculty speakers. Though tickets for the event in Kimball sold out shortly after sales opened, tickets are still available for a concurrent livestream of the talks in Olin Hall.

TEDxWhitmanCollege is an independently organized, community-based event modeled on the internationally known TED format. Seven speakers from the Whitman and Walla Walla communities will deliver 15-minute talks that creatively interpret the theme “Walla Walla and Beyond.”

Juli Dunn, director of the Whitman Academic Resource Center and one of the organizers of the event, believes that TEDxWhitmanCollege talks will create a partnership with the wider Walla Walla community and share what the students and faculty of Whitman are working on.

“I think the TEDxWhitmanCollege talks are really an opportunity to celebrate ideas and innovation. I work with students in lots of different capacities, and I know they are always up to interesting and creative things. This is the perfect forum in which to showcase those ideas and things,” said Dunn in an email.

Themes of the talks vary from environmental to health concerns and everything in between, combining the use of video and live speakers to spark deep discussion and connection in a small group.

Sophomore Theodore Ciszewski will be giving a talk about aquaponics, a topic based around his work to promote sustainability in Whitman’s food sources. He said he has spent a lot of time preparing for the event.

“Preparation has involved a lot of reflection on our own process here at Whitman and how it more broadly applies. It’s involved really incorporating the beyond Whitman theme, and made us reflect on our motivations on the physical concept. It involved a lot of writing and a lot of memorization. Right now it feels just like something I would say, in crafting this … the language can’t sound too forced,” said Ciszewski.

Ciszewski said he was excited to share his work with the community in the accessible format of a TED talk.

“[I hope to] share the excitement of this idea to Whitman … and make it more relatable,” he said.

Senior Jordan Benjamin is also giving a TED talk about a topic he’s been interested in for years, and has already conducted extensive research on.

“I’ll be talking about the issue of snakebites in Africa: what the challenge is, why it should matter to people and how we can begin to unravel such a complex mess, based on my experiences working as a snakebite medicine specialist on the continent for eight months,” said Benjamin. “I’ve been working with snakes since I was a kid, studying snakebite medicine for the past couple of years and practicing it in the field for the past year. Hopefully people will enjoy it and come away with something.”

The event will be hosted by Northwest Public Radio’s Sueann Ramella.

In the end, Dunn said she hoped these talks will become a link between the outside world and the Whitman College experience.

“One of my big goals for TEDxWhitmanCollege this year is to share that innovation and creativity beyond the Whitman bubble. This is an amazing community and this is an area [where] we can continue to build strong ties,” said Dunn.