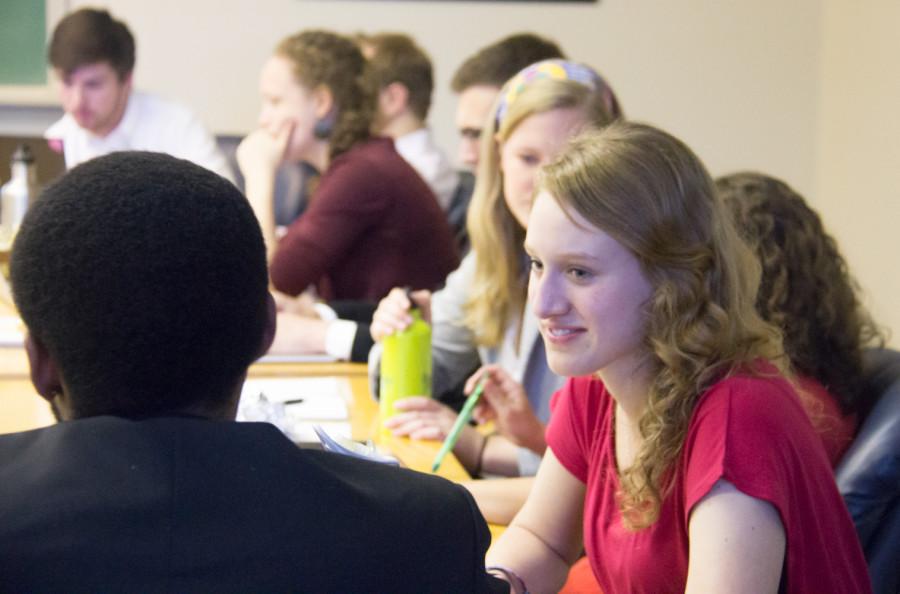 ASWC Senate passed a resolution sponsored by ASWC Vice-President, senior Marcial DÃ­az MejÃ­a concerning student-taught classes, making these courses officially possible next year.  He cited existing examples, including Salsa Club, Zumba and multiple yoga classes, all of which are taught by students who receive a salary from ASWC to teach these courses.  The resolution would allow for five student-taught classes to occur with ASWC funding for instructors each semester of next year.

DÃ­az MejÃ­a maintained that these classes could bring a greater level of depth to student learning, allowing passionate students to share their knowledge with others in a way that would be outside the official college curriculum.

“It would be a good opportunity for the student body and also allow students to teach things they already know,” he said.

Students wishing to teach a class will be required to submit a proposal to the ASWC Finance Committee detailing the subject they wish to share with students and lesson plans.

In another notable decision, ASWC Senate took a further step on divestment. In a resolution written and sponsored by DÃ­az MejÃ­a and ASWC Senator, first-year Jack Percival, the resolution urged the administration and board of trustees to limit new investments in fossil fuel companies.  Additionally, it advocated for the creation of a committee of Whitman community members to explore issues of divestment further, specifically considering the possibility of creating a fund designated for sustainable and socially conscious investment. The resolution passed by a vote of 16-1-2.

The resolution also advocated for the implementation of green investment managers to invest specifically in green companies.

The issue of a green fund drew contentious debate, as members of the Whitman Divestment Campaign answered questions and provided perspective.

“A green fund would have to have its own endowment,” said first-year Campaign Member Marla Harvey. “It’s not really an option that would give us much as a college.”

The sentiments in the resolution were notably more moderate than other measures that called for the encouragement of complete divestment from fossil-fuel companies.

“We purposely made this resolution less radical,” said Percival.

In the next noteworthy decision, Senate voted to maintain the yearbook in its by-laws. ASWC Finance Chair, senior Sam Sadeghi proposed a resolution calling for the de-recognition of Waiilatpu as a Campus Media Organization from ASWC by-laws.

In a vote of 7-11-1, with the 7 being in favor of cutting the yearbook from by-laws and the 11 in favor of keeping it, the motion failed to achieve a 2/3 majority needed to amend the by-law.

Senators discussed the possibility of keeping the yearbook in the by-laws on the condition that Waiilatpu provide a free digital copy to students.  This amendment was struck down after extensive debate.

Logue has begun plans to improve the yearbook next year to avoid future debate regarding the feasibility of a Whitman yearbook.

“In our defense, a lot of the demands being made of us aren’t financially possible. We’re going to work really hard and try to find ways to improve the content,” she said. “We’re looking to collaborate with The Pioneer to share some of the resources that would help the yearbook get off of its feet without losing its individuality.”

After the budget was finalized later in the meeting, it was decided that Waiilatpu would receive $3,500 from the Travel and Student Development Fund––about a 53 percent decrease from their original request of $7,383.