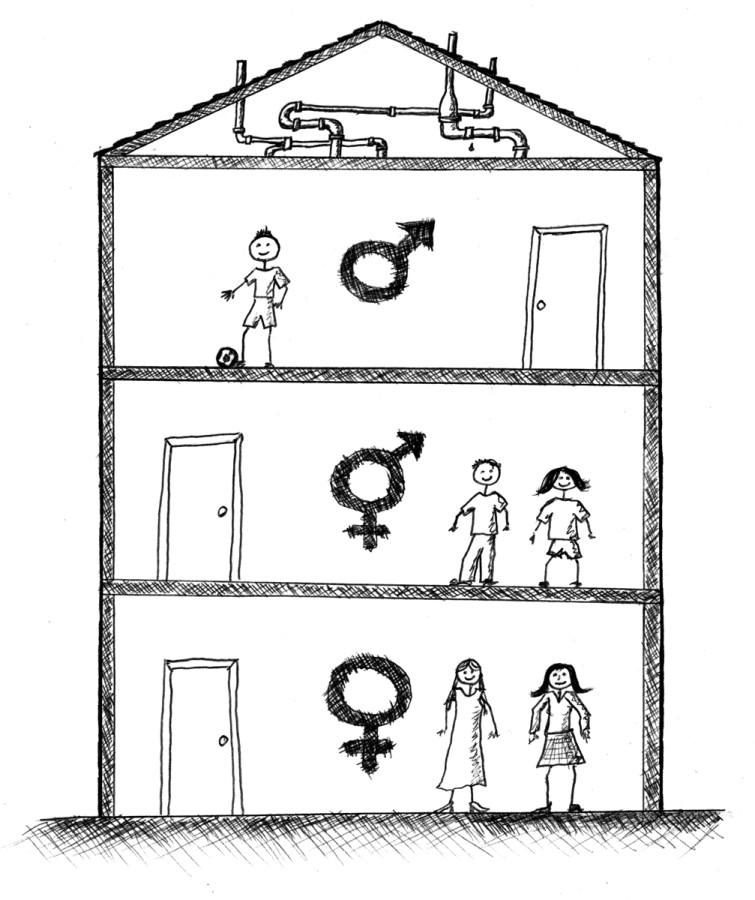 On Sunday, Feb. 24, ASWC Senate adopted a resolution calling for a gender-neutral housing option for first-years. Senators showed unanimous support for the resolution, passing it through a vote of acclamation.

The gender-neutral housing option, as it is currently defined in the resolution, would allow incoming students the option to room with another person regardless of how they identify in terms of gender.

Sophomore Evan Griffis, co-president of GLBTQ and the current GLBTQ intern at the Intercultural Center, has been advocating for a gender-neutral first-year housing option since he returned from a conference last semester that focused on GLBTQ issues in the college environment.

Griffis said he envisions the gender-neutral housing option as a way to create a more welcoming and safe environment for GLBTQ students, specifically students who identify as transgender or outside of the gender binary.

“I kind of started this mission because we don’t have a very present or active transgender student community here. I’ve heard a lot of stories of people transferring because the school doesn’t provide the right kind of accommodations for these students,” he said.

Griffis and other proponents of the resolution pointed out that the resolution ties into some of the college’s major long term goals and stated concerns about diversity and retaining students.

“Whitman’s current policy doesn’t back up what they’re claiming,” said senior senator Caroline Carr at Sunday night’s Senate meeting. “If we want a more diverse school, we need to attract more students who are diverse … We don’t want people who bring a new perspective to be leaving campus.”

The current housing system allows returning students to room with anyone they choose, though financially dependent students must obtain parental acknowledgment if they wish to room with someone of the opposite gender. First-years, however, are automatically assigned a roommate of the same gender if they’re placed in a double or triple. Alternative housing arrangements must be worked out on an individual basis with Residence Life coordinators.

Griffis pointed out that the current policy could put students into uncomfortable situations or make them feel marginalized.

“I feel like that’s not the best system. If we [have] a gender-neutral housing policy, it takes the onus off of the student and puts it more on the school to have that in place,” he said.

Nearly 100 other institutions of higher education have adopted gender-neutral housing models. In drafting the proposal, Griffis said he particularly looked at schools that allow students to state the preferred gender of their roommate on their student housing application, like Pitzer College.

The resolution also calls for the college to state on its website the current policies of gender-neutral housing for returning students.

“I think one of the strengths of having a gender-neutral housing policy is that it does put Whitman up a level in the eyes of prospective applicants … by not making our current practices public, it kind of weakens it a little. Right now you have to be a current student and know the system to use the [gender neutral housing option], and I don’t think it should have to be that hard,” he said.

Though ASWC’s resolution represents the desires of the student body, it’s ultimately up to the Office of Residence Life and Housing whether any change will take place in the housing system. Adding a gender-neutral first-year section or dorm, Tavelli said, will be a complicated process. As housing assignments have already been sent out for the coming year, any change to the housing process for incoming students can’t occur until at least the next academic year.

“It’s a fairly big puzzle because there’s five different places to live and we match people by roommates … [even if] two people want to live in a gender-neutral room, they might be a terrible match,” said Tavelli. “There’s a lot of factors, and it’s a lot different for returning students because they’re choosing who to live with. We would have to take all that into account.”