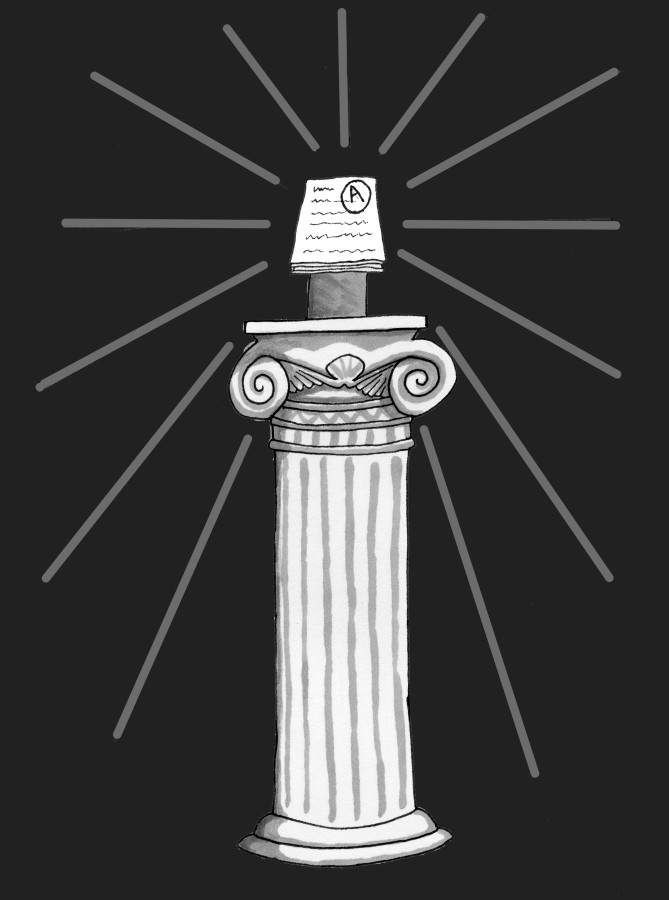 While the classics department may seem relatively small, with only three declared senior majors, five declared juniors and two declared sophomores, students’ passions for ancient Greek and Latin languages and culture run deep. Furthermore, many students currently enrolled in classics classes who may not necessarily have plans to major in the subject are just as equally enthusiastic about it.

As a result of this profound but understated interest in classics at Whitman, junior classics majors Kate Kight and Mariah Lapiroff decided to bring a national Classics Honors Society, Eta Sigma Phi, to the college.

“We’re both really passionate about the classics department, and I think we take a lot of pleasure in being a small, really tight department. We’re all really good friends . . . we’re really close with the professors, and I think we wanted to formalize a way to recognize that unity within our department,” Kight said.

The only requirement to be inducted into the honors society is that a student, major or non-major, receive a B or higher in a Greek or Latin course at Whitman.

The society puts on conferences with paper presentations and academic competitions, and also offers scholarships for summer study abroad opportunities.

Assistant Professor of Environmental Humanities and Classics Kate Shea has agreed to be the faculty adviser for the Eta Sigma Phi chapter at Whitman.

“I was involved in my Eta Sigma Phi chapter as a graduate student at Rutgers University, so I’m already a member and had participated with our undergraduate chapter. . . so I come with a little bit of experience as far as Eta Sigma Phi, but as far as bringing it here, it’s the students at Whitman who expressed interest and enthusiasm for bringing a new chapter here,” she said.

Shea emphasized how the honors society provides a unique and engaging way for students to interact with each other.

“Study of Latin and Greek is very much alive at Whitman, so this will allow [students] more social interaction in which to share their interests in ancient languages, in classical literature and the history of the ancient world,” she said.

Professor of Classics Dana Burgess additionally emphasized how the society will facilitate student interaction on the national level.

“I think the basic idea here is trying to connect students nationally who are interested in this field of study,” Burgess said.

At the same time, sophomore classics major ZoÃƒ« Erb is really looking forward to spreading the word about the new honors society on campus partly because she hopes it will get more students interested in the department.

“I’ve gotten so much joy from this department; I just hope that people don’t discount it because it’s ‘ancient,'” she said.   “I hope that students at Whitman will consider taking a classics class even they don’t necessarily know much about it . . . because the professors in the Classics department have the capacity to make anyone excited about anything.”

Before a chapter at Whitman could be formally recognized, however, Kight and Lapiroff needed to start a classics club.

The club meets on Thursdays at lunch with classics professors to tackle sight translations. The club also meets more socially on the weekends to screen movies about ancient tragedies, play Bananagrams in ancient Greek and Latin and so forth. The only requirement to be in the club is that a student be interested in classics.

“[The club] gives us an opportunity not only to hang out and get to know each other better, and enjoy all of the literature and languages that we have so much fun with in class, [but] also [the club] just [provides a place for] general bonding,” said Lapiroff.

“It’s nice to find a way to show the rest of the school what we have. It’s obviously kind of difficult to talk about Classics with everyone because it is a very narrow field, but having an honors society is [a] language the rest of the campus can speak a little bit more,” Kight said.

If all goes as planned, next semester Eta Sigma Phi will formally recognize a chapter at Whitman.