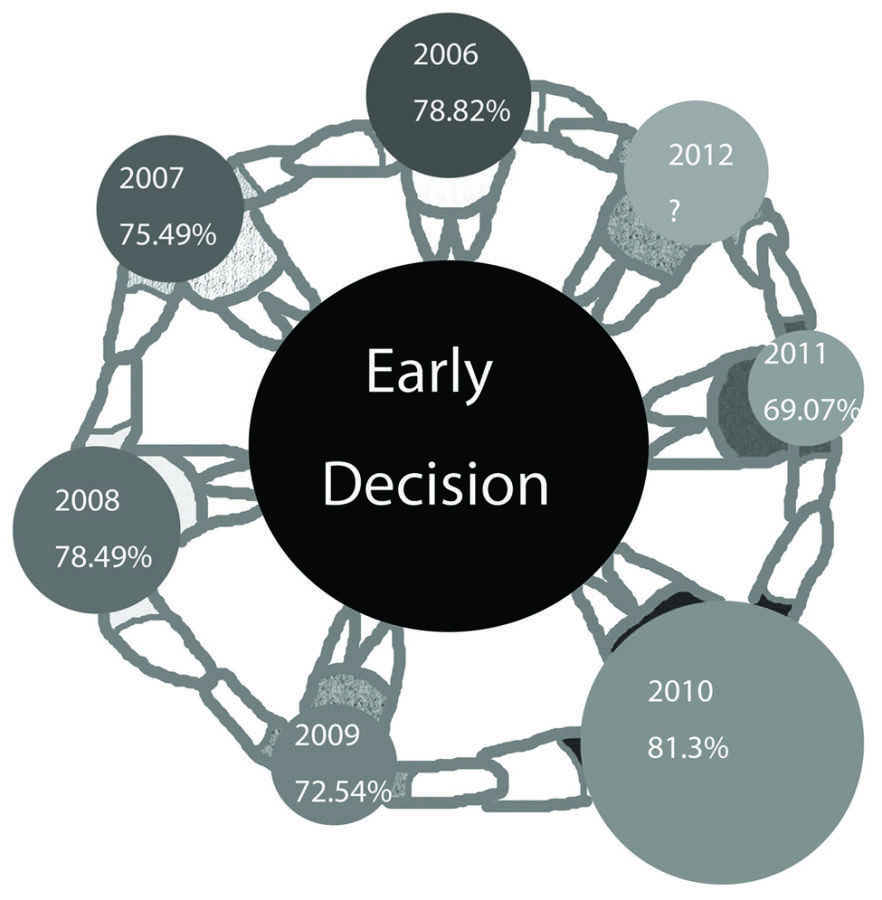 According to Director of Admission Kevin Dyerly, the applicants are fairly similar to the past six years of Early Decision applicants.

“There’s a pretty good spread of students from across the country. The make-up of the pool looks pretty comparable to other years. There are just more applicants than last year,” he said.

Dyerly suggests that last year’s low number of applicants could have been due to the economy.

“You could look at last year and say that economy was a player. Certainly could have been a factor. But what’s not to say it isn’t a factor this year? It’s hard to point to specific causes other than families feeling the crunch and not wanting the pressure of committing to a school up front,” he said.

Of these applications, Dyerly predicts that the office of admission will send acceptance letters to between 100-115 students. On average, an incoming class at Whitman is made of 25-30 percent early decision applicants.