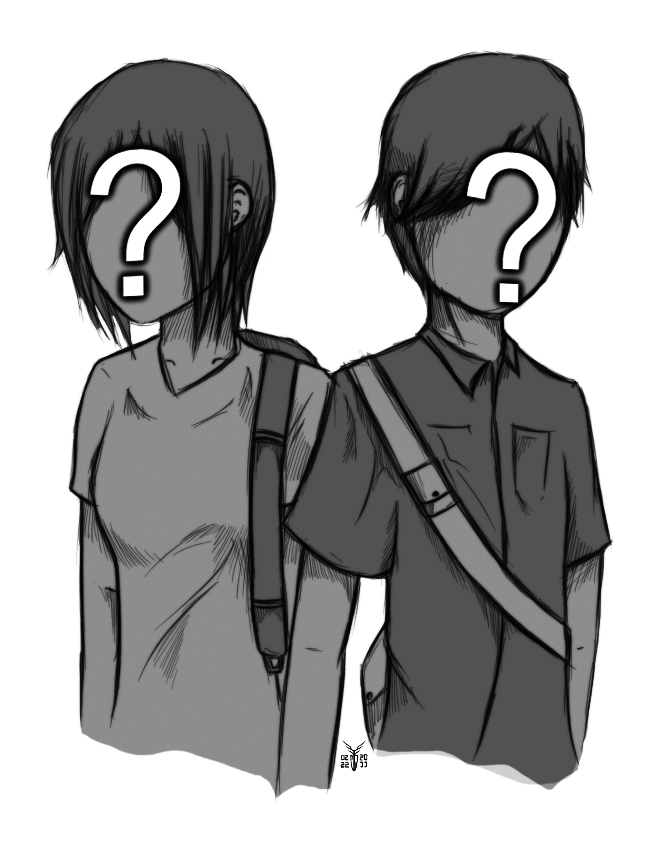 Jorge Villegas* came to the United States with his family when was seven. Without a visa or any way of entering the country legally, his mother hired a coyote to sneak him and his brother across the U.S.-Mexico border.

Posing as the woman’s sons, Jorge and his brother were instructed to provide fake names to the U.S. border guards. His mother took a more risky route, crossing through the desert to join their father, who was already living illegally in California. Reunited in the U.S., the family moved to Eastern Washington, where Jorge grew up.

Jorge’s story is the story of thousands of American families. His journey through the desert borderlands that separate the United States and Mexico is the 21st century’s immigrant narrative, our version of the boat ride to Ellis Island. Asked to picture an undocumented immigrant, our minds jump to farm workers, maids and fast food cashiers. Whitman College student isn’t at the top of the list, but after 12 years in the United States, that’s exactly what Jorge is.

Jorge is not the only undocumented student at Whitman. According to Tony Cabasco, dean of admission and financial aid, there are a total of eight undocumented (commonly referred to as illegal) immigrants currently enrolled at the college.

Isabella Leon* is another one of these students. Her family came to the United States nine years ago on a visa, which has long since expired. Isabella knew she wanted to go to college, but because of her immigration status, she was not eligible to receive any government money to help pay for college. Excluded from federal financial aid, state scholarships or work-study, she had to rely on scholarships from the schools she applied to to cover the full cost of her education.

“I could have the best scores, best grades, graduate top of my class,” she said. “It’s up to the college to decide if they’re going to invest in you.”

Although undocumented students generally keep their identities secret on campus, their existence is no secret to the Office of Admission. Cabasco speaks openly about their presence on campus, and describes the process they go through when applying to Whitman.

“They essentially compete for international student scholarships,” he said.

Because many international students are unable to pay for a significant portion of a Whitman education, almost all of these students receive full or close to full scholarships. Undocumented students are in a similar position, since they are legally excluded from government aid, so they are placed into the same scholarship pool.

“We don’t admit many [undocumented students] because we have a limited number of scholarship opportunities,” said Cabasco.

Marilyn Ponti, director of financial aid, said that the number of undocumented applicants has increased dramatically in the past few years. Several years ago, Whitman typically received five or six applications from undocumented students, but that number soared to 35 last year. Ponti attributed this in part to student awareness about aid offered by colleges.

“Students become very aware of the colleges that help them,” she said.

With limited scholarships available, Cabasco said that the college is forced to turn away most of these applicants, in spite of the fact that many of them are well-qualified. Of the 35 undocumented students who applied for admission last year, only one was admitted.

“We are truly turning away people who could really contribute to the community at Whitman,” he said.

Even with some schools willing to offer undocumented students a full ride, the college application process is far from straightforward. Students often find themselves limited in some way because of their immigration status. Saul Gonzalez*, another undocumented Whitman student, said he only applied to schools in Washington state.

In 2003, the Washington Legislature passed HB 1079, which allowed undocumented students who had lived in the state for at least three years to be considered residents for tuition purposes. Saul knew he would have a hard enough time paying for college as is, so he focused on in-state schools so he would be eligible

“I felt a bit more limited than everybody else,” he said.

For Isabella, the process involved applying to as many schools as possible, hoping one would give her enough aid. She picked Whitman because it was the only school she was able to afford. Although she wanted to study civil engineering for her undergraduate degree, her immigration status and financial prospects made that option impossible.

“I did have a choice to go to a civil engineering school, but it wasn’t able to give me as much money as Whitman,” she said. “Right now, I’m trying to compromise.”

She hopes to study a combination of sciences at Whitman so she can continue on to graduate school.

All three of these students stressed that they were very lucky to be able to go to college, but also emphasized that not enough resources are available to let undocumented students know that college is a possibility.

“If you’re a child growing up like that, you’re told by your parents not to tell anyone,” said Isabella.

On the advice of a college counselor, she decided to write her college essays about her immigration situation, but said her parents were not happy with her decision to be open.

Saul said he worked with several college counselors, both from school and outside organizations. Some were very helpful and aware of the laws governing undocumented students, while others had never worked with students in his position before. He said the most helpful counseling he received was from the College Success Foundation, which also gave him a 10,000 dollars scholarship for four years of school.

“If it wasn’t for them, I wouldn’t have gone to college,” he said.

Ponti said that she has worked with the Achievement Via Individual Determination (AVID) program at Walla Walla High School, which serves many undocumented students.

“Their dream is to go to college,” said Ponti. “Without a scholarship, they can’t do it.”

For Jorge, paying for college is an ongoing challenge, even with a large scholarship from Whitman. His expected contribution is 1300 dollars per year, but because he has no social security number, finding a job is difficult.

“Money is really hard to get. You can get a job if you don’t have documents,” he said. “But it’s going to pay less and it’s going to be minimum [wage].”

Jorge said that his parents have had a variety of jobs since coming to the United States: apple picker, construction work and fast food service: but they have all been low-paying. As a child, he said his family often didn’t have enough to eat.

“Whenever I get the chance to eat, I try to eat as much as I can,” he said. “During the summer, when I go back to my house, there’s no food around.”

Circumstances like this separate many undocumented Whitman students from their peers. Isabella said none of her friends are aware of her situation.

“It’s kind of hard to tell people,” she said.

Jorge said he also doesn’t tell people, because he doesn’t view his immigration status as the most important part of who he is.

“I don’t feel that different from other people,” he said.

Saul said that for him, coming out as undocumented has been a gradual process.

“As I get closer to [friends], they know my full story,” he said. Although he feels that Whitman students can be unaware of the existence of undocumented students among them, this is a trend that exists everywhere in the U.S., not just at Whitman.

“I definitely feel like I want to tell more people so this is more familiar to them,” he said.

“What you see out there in America, we have it here,” he said. “There are stories that may be invisible. There’s a broader mix of students than you think.”

Once undocumented students graduate, they face a new set of challenges. When asked about their prospects after graduation, all three students fell silent or laughed nervously. They expressed uncertainty about their ability to find a job or continue their education in a country where they legally are not allowed to reside.

Isabella said that her family applied for legal citizenship when they came to the U.S. nine years ago, but their application is still working its way through a bureaucratic maze, and seems unlikely to ever be resolved. Saul’s family came to the U.S. from Mexico because of security concerns.

“We didn’t seek asylum because at the time, [the U.S. government] didn’t grant asylum to Mexican citizens,” he said.

One possibility for legal citizenship is the Documentation, Relief and Education for Alien Minors (DREAM) Act, which was first introduced in Congress in 2001 and has yet to pass. The act would provide a path to citizenship for undocumented students living in the country for a certain amount of time who have attended college or served in the military and have no criminal record.

Senior Ariel Ruiz has worked to increase awareness of the presence of undocumented students on campus, and the opportunities that the DREAM Act would provide for them. Many colleges and universities around the country have issued public statements in support of the act, but Whitman’s constitution prohibits the college from making any political statements.

Ruiz said he understands this policy, but added that, “It’s very unfortunate that we can’t have our president write a simple letter.”

Part of the struggle is making students aware of the fact that undocumented immigrants are on campus.

“Beyond just undocumented students, these people are our friends,” said Ruiz. “This should be something that we want to talk about.”

Isabella, Jorge and Saul all said that they hope the DREAM Act passes in time for them to benefit from it.

“I can’t change anything. I can’t vote,” said Jorge. “We have to wait for the DREAM Act.”

While Isabella wants to see it pass, she said that she’s stopped getting excited every time it’s considered, because it’s been close to passing so many times before.

“You have to deal with the truth,” she said. “I’d rather not hope as much.”

*Name has been changed to protect anonymity. All undocumented students interviewed for this article asked to remain anonymous due to concerns about legal repercussions for being publicly identified.