Faculty and students optimistic about changes within Environmental Studies major 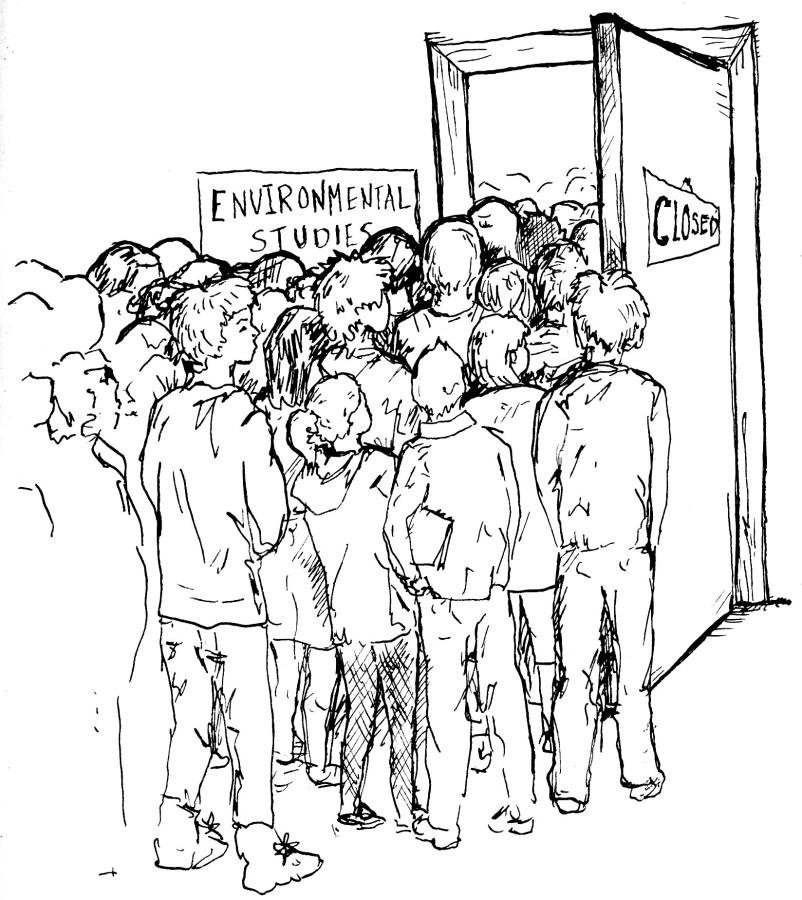 Though some have expressed frustrations with the limited courses within the environmental studies majors, students and faculty seem fairly optimistic for the future of the program.

According to Don Snow, senior lecturer of environmental humanities, the department made changes to the environmental studies curriculum last year. They added a new course required for all majors, Methods of Environmental Analysis, and a foundation course slot. They also eliminated two geology classes from this year’s curriculum.

Unfortunately, the timing of this redesign was not ideal.

“The faculty decided that the major needed redesigning. We made changes not knowing the outcome of the 3-2 decision,” said Snow.

Snow acknowledged that courses are less available across all departments and that it has become more difficult for students to get into introductory classes.

“We’ve had bottlenecks within our major, without a doubt,” said Snow.

Sophomore Zoe Pehrson, a politics-environmental studies major, experienced one such bottleneck while she tried to enroll in the new required course, Methods of Environmental Analysis. Unfortunately, the class was filled with juniors and seniors and she couldn’t get the class.

“I was hoping to knock out major requirements early,” Pehrson said.

“It is a new class and there are still kinks that need to be worked out. I will just make sure I get in next fall,” she said.

First-year Faith Bernstein also had difficulty enrolling in an Intro to Environmental Studies class last fall. She was one of less than 10 first-years in the class, all of whom had advisor help in getting enrolled.

“Pretty much all of the [first-years] enrolled had either the professor or a friend of the professor for their advisor,” said Bernstein. “I was lucky to get the class.”

Bob Carson, professor of geology and environmental studies, said that most first-years who tried to enroll in the class in the fall were unable to do so. Originally, only one section was scheduled for spring semester, which would have exacerbated the problem. Carson made a personal decision not to take his  sabbatical, also scheduled for spring, so he could teach another section of the course.

“If we hadn’t had that extra class, we would keep getting further and further behind,” he said.

Carson said department faculty believe Intro to Environmental Studies should be open to all interested students, even if they don’t plan to major in environmental studies.

“With the greatest environmental problem, and possibly the greatest problem on earth being climate change, I would argue that taking an intro class in environmental studies is as important as any other class at Whitman,” he said.

Bernstein said that the extra section of the course was especially helpful for first-years.

“Many of the [first-years] who didn’t get in last semester were able to get in this semester,” she said.

Both Pehrson and Bernstein did not seem overly concerned with course availability across the major, but they did express some concern for the environmental humanities major specifically.

“I wish there were more courses within environmental humanities, but I can see where it would be somewhat hard to make specific classes. Since the major is so broad, they don’t really have one department to connect with,” said Bernstein.

Snow also spoke of the shortage in the environmental humanities department.

“This is something we’re working on. Environmental humanities is becoming a popular focus within the major,” he said.

Snow said that there is some good news for environmental humanities students: a new professor has been hired for next year. With this new professor comes three new courses that can be applied across the major.

He remains optimistic about changes within the department.

Bernstein hopes that this growth will be a catalyst for more classes.

“I’m looking forward to more classes. I’m optimistic that the faculty will see that more students are wanting this major and so the department will keep growing. Maybe I’m being idealistic and naive, but I think that even if the situation isn’t optimal now, we’re moving in the right direction.”