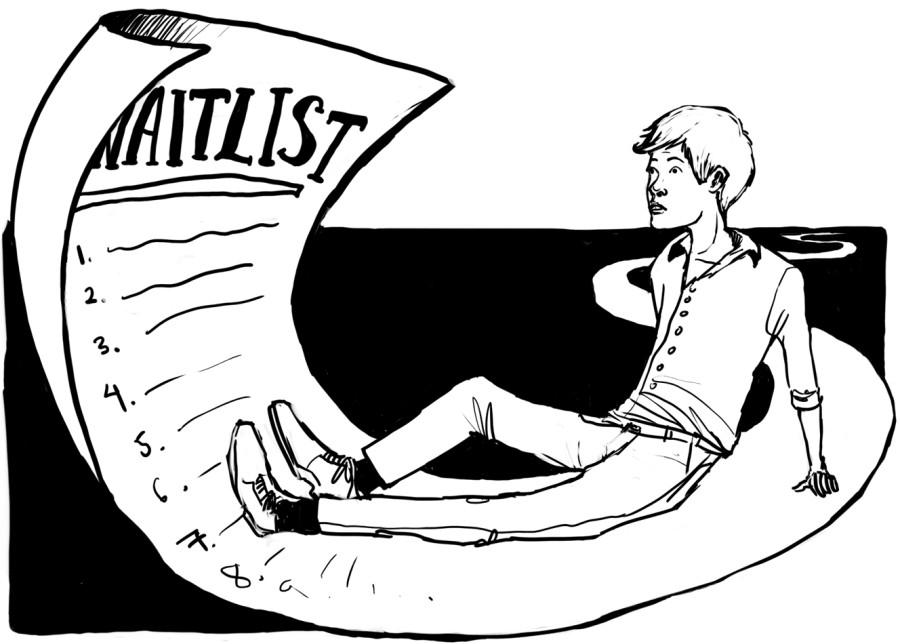 After making adjustments to the logistics of waitlisting classes, the Registrar’s Office still lacks an ideal method for placing waitlisted students into classes. Last April, the Registrar shifted from managing electronic waitlists with a computer system called Datatel to requiring professors to manage their own waitlists. The shift has had mixed results and some students are still stressed about their own waitlisting situations.

Registrar Ron Urban cited Datatel’s inflexible format as the predominant factor in the decision to let professors handle waitlists. The former program relied on a computer system which would notify students when a spot opened up. The student then would have 24-hours to add the class. If he or she failed to do so or chose not to do so, the computer simply notified the next person on the list, regardless of grade or major.

Urban said that many professors expressed a desire for more control in choosing which students made it off the waitlist and into their classes.

Jeanne Morefield, associate professor of politics, is one of the professors who prefers the switch.

“I  like keeping my own wait list because I find that it’s the students who are really motivated to take the class who make the effort to get on it.  I also learn something from them about why they want to take the class,” Morefield said.

Many times, faculty members try to give preference to the waitlisted students who need the class for their major. Under the Datatel system, this simply didn’t happen.

“The computer system works just fine for large schools. But at Whitman College, we provide a lot of services to the students in the interest of broader justice that just aren’t compatible with this system,” Urban said.

While in the hopes of serving students better, the shift unfortunately has brought its own set of issues.

“The professors don’t monitor waitlists as closely as the computer, and that means that sometimes there are open spots that don’t get filled,” Urban said.

Urban also acknowledges that the professors have busy schedules and understands why waitlists might not be their first priority.

“Many of them focus primarily on being scholars. And can I fault them for that?” he said.

Though several students faced stress because of waitlisting this semester, they often did not express frustrations about professors managing the waitlists. Rather, they were concerned with the limited number of seats available in certain classes.

First-year Claudia Sanchez-Ayala was waitlisted for a sociology class. Since the class could potentially affect her major, and because she knew it was a popular class, she took precautions to better her chances of getting off the waitlist.

“I e-mailed the professor weeks in advance. I guess that’s the only way to get into these sorts of classes,” Sanchez-Ayala said.

Fortunately, Sanchez-Ayala was able to get into the class.

Sophomore Andrew Strong is designing an environmental studies-art major and had somewhat more difficulty. He started off the semester only registered for two classes he actually wanted to take and was on seven waitlists.

One of the waitlists was for the Methods of Environmental Analysis lab, a class he needed to take for his major. Fortunately, he was able to get into the lab after talking with the professor and explaining his situation. And, despite his waitlist experiences, Strong was fairly optimistic.

“I’ve been lucky. Every semester I’ve managed to get into classes I want to take. But it’s been stressful going into the semester not knowing exactly what I’m going to take,” he said.

Both Strong and Sanchez-Ayala suggested that making more sections of these popular courses available would be the ideal solution to their stress. However, both also acknowledged the fact that this is not a likely solution.

Urban proposed his own list of suggestions to improve the waitlisting system including being able to customize the length of time students are given to respond to a notification about an open slot. He would also like to see a limitation on the number of waitlists students can sign up for. Urban realizes, however, that these changes aren’t easily made:

“Technology is an imperfect solution at best. I wish I had a magic wand to solve the problem. If anyone has a magic wand, send me the URL.”