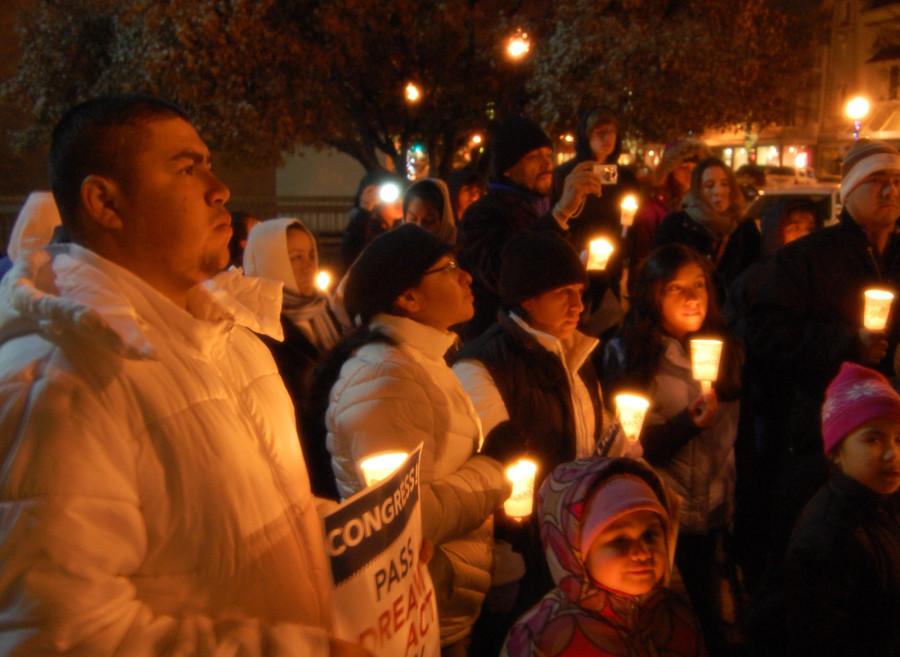 If the Development, Relief and Education for Alien Minors (DREAM) Act passes this week in the Senate and is signed by President Obama, it will change the lives of several Whitman College students. Under the DREAM Act, currently undocumented students would be granted conditional residency, allowing them to live and work legally in the United States after graduating from Whitman.

This act would allow all undocumented minors who meet the qualifying criteria to work and live in this country after these individuals complete two years of higher education or two years in the military. The students could potentially qualify for legal permanent residence after 10 years.

The DREAM Act officially passed in the House on Wednesday night (216 to 198) with all but 38 Democrats voting yes, and all but eight Republicans voting no.

To qualify for the DREAM Act, one must have been younger than 16 years of age when he or she entered the United States, must have lived in the country for at least five years, must have graduated from high school or earned a GED and must have no criminal record.

“It allows students who are already prepared and talented to become taxable workers. They can contribute back to the economy. Both the country and these students benefit,” he said.

Ruiz also says that DREAM will benefit the country financially.

“Some opponents say that it will strain the budget. But it will actually bring us money.”

The congressional cost estimate for DREAM, S.3992, predicts that enacting DREAM would reduce the budget deficit by 1.4 billion dollars between 2011-2020.

Ruiz says that DREAM would not greatly change the admission process at Whitman because Whitman doesn’t turn a student down because of his or her immigration status. However, DREAM would change the appropriation of financial aid for these students. If DREAM were to pass they would be eligible for federal student loans and grants.

Ruiz has been meeting with a group of about 10 undocumented Whitman students and the Office of the President in order to prepare an event about DREAM. They hope that this event, which is supposed to take place in either January or February, will be a post-analysis of the implementation of DREAM. Their goal is to have a panel of speakers–academics, politicians, and students.

“Its purpose is to raise awareness in faculty, students and the community about issues facing undocumented students,” he said.

This group of students has also been involved in rallies, marches and making phone calls to senators asking for their support of DREAM.

El Proyecto Voz Latina also hosted a vigil on Tuesday, Dec. 7 in support of DREAM. Dozens of participants marched from Fort Walla Walla to the plaza at 1st and Main.

Senior Lissa Erickson, director of Voz Latina, hopes that DREAM will be just the start of increased opportunities for immigrants in this country.

“We believe that passing the DREAM Act is only the first of many steps our politicians must take to create immigration policy that seeks justice and a dignified place for immigrants in our society,” she said.

She says that Voz Latina’s has urged other members of the Whitman community to recognize their own privileges and to use their influence in the community to help make these same opportunities available to undocumented students.

Many members of the Whitman community have already recognized this. A resolution showing support for DREAM was passed in the student senate in October.

“The purpose of this resolution was to show that the students of Whitman College support higher education for all. This kind of political statement makes our position clear.”

Ruiz wishes that the Board of Trustees and President Bridges would  join the list of dozens of colleges and  universities  across  the nation that have already publicly supported the DREAM Act. But taking a political stance could be somewhat problematic for them.

Loranger feels that they have said a lot already.

“It’s understandable that President Bridges can’t make that statement. But I think it says a lot about the policy of the college that there are undocumented students attending Whitman.”