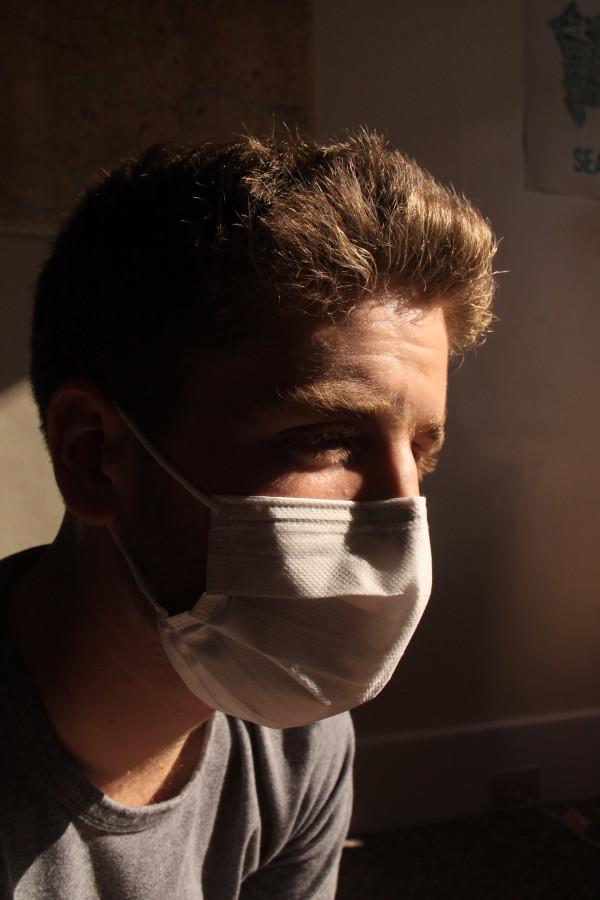 Compared to all the swine flu-driven coverage of 2009, this year the flu may have lost its hype. Though the Welty Student Health Center is always putting forth an effort to prevent and treat this illness, the extreme campaigning against H1N1 appears to be over.

According to a September 2010 report in the Journal of the American Medical Association, H1N1 is not anymore dangerous than a typical seasonal flu. Whitman College students on campus last year, however, may not be convinced by this news.

According to an article in the “Los Angeles Times” on Nov. 4, 2009, there were 65,000 cases of flu out of 3 million surveyed students. Whitman confirmed 177 cases of influenza-like illnesses on campus.

Sophomore Lindy Jacobs said she was “pretty freaked out” about last year’s pandemic.

“I started wearing a bandanna over my nose and mouth every day,” she said. “I didn’t want to get infected.”

“The summer reading ‘The Last Town on Earth’ was about the Spanish influenza outbreak and how it wiped out lots of people. We had compared it to the swine flu. It just added to the anxiety,” she said.

Despite the scare at the beginning of the year, Lien’s worries soon began to fade.

“At first there were posters and hand sanitizers everywhere–the dining halls, the bathrooms. People with basic symptoms wore masks, and some sick students stayed in their rooms. But eventually it wasn’t a big thing. People got the flu and had fevers and then got over it.”

Both Lien and Jacobs anticipate a more relaxed flu season this year.

“The flu won’t be so big this year. I’ve had the flu shot. I’m not worried,” Jacobs said.

Claudia Ness, director of the Welty Health Center, is braced for this year’s flu season.

Like Jacobs, Ness believes that getting a flu vaccine is a great way to prevent worrying too much about the flu.

“Medical staff have been encouraged to receive vaccinations for years. H1N1 brought an awareness to the non-medical community about the importance of a flu vaccine. It’s quite advantageous to minimize the risk of becoming severely ill,” Ness said.

The health center will begin offering flu vaccinations during the first week of October. Whitman students, staff and faculty can get vaccinated between noon and 8 p.m. The shot  costs $25.

Furthermore, this year one shot does the work of two.

“Last year you needed two different shots to protect against the flu and H1N1, but this year, one shot covers both,” Ness said.

In addition to getting vaccinated, Ness said that students can avoid getting the illness by using a few simple preventative techniques.

“Try and cough or sneeze into your sleeves instead of your hands. Stay away from those who are ill. And wash your hands constantly.”

She also believes that the tight community at Whitman is a good barrier against the flu.

“The flu is communicable–we give it to each other. Stopping the flu is a campus-wide community effort. If everyone makes the choice to look out for one another, we can minimize the amount of germs coughed into open spaces and faces,” said Ness.

Ness believes that last year’s campaign has made a lasting impact on the campus culture.

“I would guess that nearly every work station, whether an office or a desk, has a bottle of hand sanitizer somewhere nearby,” she said.

“They will remember the preventative things–covering your cough, washing your hands and generally taking care of yourself,” she said.

So far there have been no confirmed cases of influenza on the Whitman campus, although  a few students have come to the health center with sore throats and cold symptoms. Ness attributes this to the fact that flu season hasn’t officially started.

“A person can catch the flu anytime, but it’s most common during the colder months. You see a lot of cases in November, December, January and February,” Ness said.

Ness is confident that the health center staff is prepared for any flu season, no matter how much media attention one season receives over another.

“I’m never worried about getting sick. The health center takes cares of us,” she said.