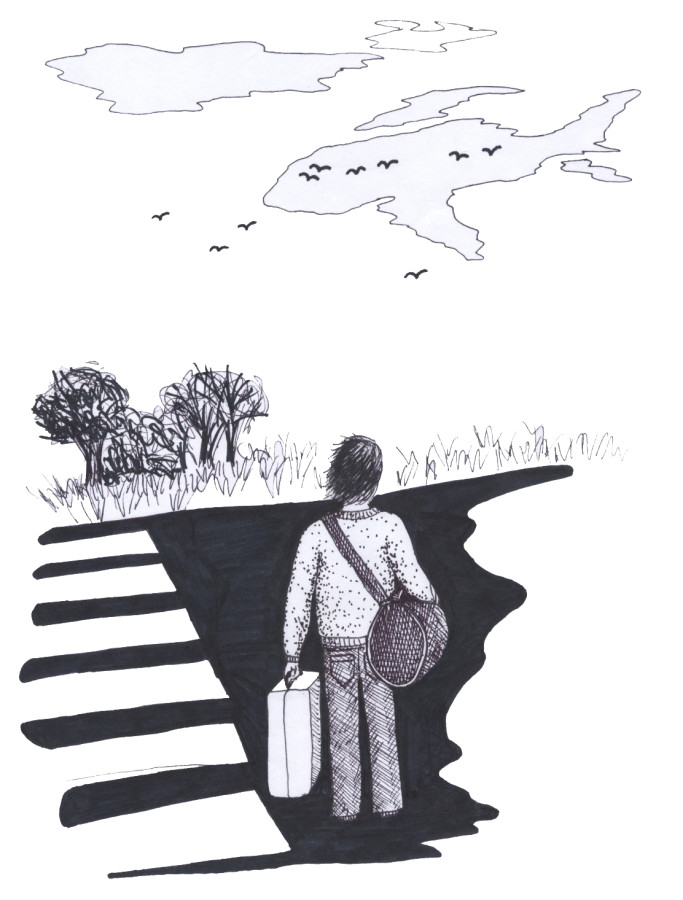 Finding a flight out of Walla Walla will become trickier starting Jan. 6, when Horizon Air cuts one of its three daily flights to Seattle.

Horizon is cutting its midday flight, which currently arrives in Walla Walla at 11:25 a.m. and returns to Seattle via Pasco half an hour later. Without the flight, students, professors and visitors will be unable to touch down in Walla Walla before 4:40 p.m.

“I hope that doesn’t screw me up,” said junior Bailey Arango, who travels between Walla Walla and the Santa Barbara area during breaks. “It feels like it’s already a tough needle to thread, with only one airline in Walla Walla.”

The change is a result of Horizon’s switch from 37-seat planes to 76-seat planes last year.  Though Horizon says the midday flight is unprofitable and well below the system-wide load factor, or percentage of seats filled, Arango said students fill the additional capacity around vacations.

“It’s been pretty full every time I’ve been on,” he said. “[But] I’ve only traveled when there’s a school full of people who need to get home.”

With fewer flights, students may be more likely to fly out of elsewhere, as sophomore Hannah Sieracki of Maine does.

“It’s cheaper to fly into a bigger airport,” she said, adding that she already has to take two flights to get to the Pacific Northwest.

Professors make use of the airport year-round for Whitman-related business. Associate Professor of Psychology Matthew Prull, who travels to one to two conferences per year, said the flight cut would limit departure options.

“It constrains the options available for reaching a destination in time,” he said. “Either you have to leave really really early or really really late.”

Prull says that Whitman faculty sometimes have to fly out of Pasco or Portland to get a good flight time, and realizes that that may become more commonplace.

“It’s unfortunate because it’s convenient to fly out of Walla Walla,” he said.

“We think that the schedule in there still connects pretty well,” he said. “We still have an early morning flight and a late night returning back.”

The Office of Admission said that while many prospective students fly into Walla Walla, one fewer flight per day shouldn’t hurt efforts to recruit students.

“I don’t think it’s going to make it a lot harder,” said Associate Director of Admission Katie DePonty. “It will probably change when they will visit. We may have fewer people coming into campus around noon and doing a tour in the afternoon and flying out in the evening; we may have more people fly into Walla Walla in the evening and stay the night and see campus in the morning.”

DePonty sees the flight cut as having a bigger impact on admissions officers’ travel.

“Now our only options are the 7 a.m. flight or the late afternoon flight,” she said, noting that some of her colleagues use the midday flight for mid-length trips such as to California. “To get anywhere outside the Northwest means you’re limited to the early morning flight.”

While Russo said it is unlikely for the third flight to be restored, Horizon is open to comments from the Walla Walla community about more convenient flight times.

“We’re working with the community to schedule them at the best possible times,” he said. “We’ve gotten some input from the community that they want the flight into Walla Walla to come earlier and leave earlier.”

Ultimately, though, Russo said that scheduling a plane for as many as eight different round trips per day makes it hard to accommodate everyone’s preferences.

While the flight cuts mean fewer options for the Whitman community, DePonty points out that Walla Walla is still lucky to have air service.