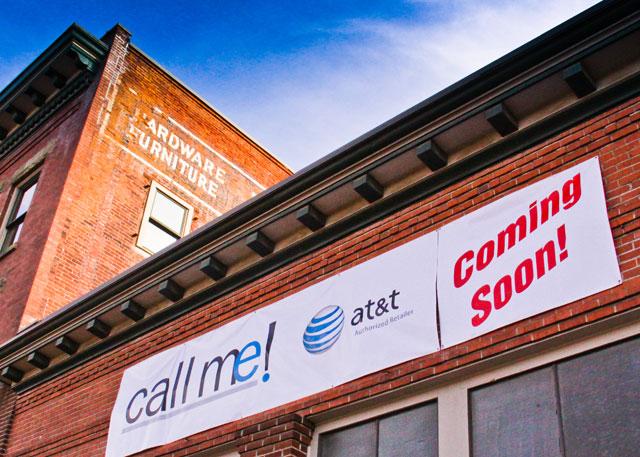 AT&T cell phone users can hope for a few less dropped calls in December as the wireless company turns on several cell towers in the Walla Walla area. A new AT&T store will open at the same time.

The store, located on E Alder Street between 2nd and 3rd Avenue: AT&T’s first in Walla Walla: will be helpful for students that need new phones or devices.

“I am on a bad phone right now,” sophomore Claire Snyder said. “It will be nice to have the AT&T store as a resource that I can go to and check out new phones in person before I make the decision of which one to buy.”

Snyder is also eager for the increased reception.

“When I lived in Jewett last year, my service would cut out really randomly,” she said. “It will be nice to not have that happen to me anymore.”

According to AT&T regional manager Joe Padilla, Walla Walla has been supportive of this endeavor.

“They are very inviting to new businesses,” he said. “Walla Walla has been very excited to see this.”

Padilla’s main challenge to date is that some locals do not see what he considers to be the benefits of the store.

“I’m sure that will change as soon as the towers are turned on and people realize that there is a need for this system,” he said.

Padilla and others behind the project are greatly anticipating what the store will bring to the community.

“The improvements the users will see is tenfold,” Padilla said. “We would like to make as big of an impact as any new store likes to make, and we want to make sure that everyone knows we are in town, so we are going to do everything to make that possible.”

“I am excited to get everything started,” he said.

The store is currently hiring for sales representatives, management and other positions and welcomes student applications.