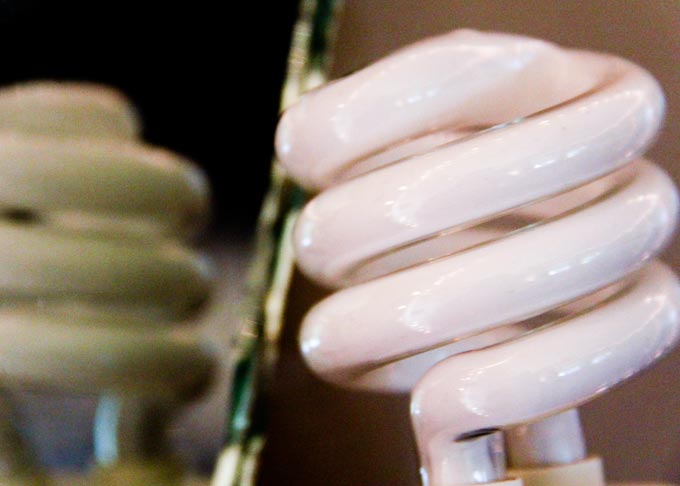 If Whitman’s newest environmental group gets its way, many of Walla Walla’s low-income households will shine brighter this winter with donated compact fluorescent lights.

The yet unnamed environmental justice group, inspired by similar projects at Duke University and Yale, hopes to start installing the energy-saving light bulbs as early as next month. When the new light bulbs go in will depend on contributions from corporations and non-profits.

“We were a lot more interested in the social side of environmentalism,” said senior Natalie Popovich. “We were talking about starting a green jobs group this year and [Campus Sustainability Coordinator Lisa Curtis] brought in the idea of installing, so it was kind of [a question of] ‘why aren’t we doing that here?'”

The compact florescent lights the group plans to install use 75 percent less energy than incandescent bulbs, according to Energy Star, drastically reducing their carbon emissions. They also last 10 times as long. But the upfront cost of the more expensive CFLs can be an obstacle for low-income households living paycheck to paycheck or with no pay at all.

Money is also the obstacle between this group’s ambitions and making their project a reality.

“[We need to] find either a source of grants or Wal-Mart or Home Depot or a distributor of CFLs who will give them out for free or at a low-price so we can give them for a long period of time,” said senior Tyler Harvey, who is also involved in the project.

While no company has made a firm commitment to the new group, the group is currently in communication with Wal-Mart.

“We are trying to figure out something where we can either donate the light bulbs or donate money to help out with the cost,” said Steve Deck, community involvement coordinator at the College Place Wal-Mart. “There’s also the possibility of some of the associates at the store getting together to help pass out the light bulbs.”

Deck believes Wal-Mart’s role in this project can go beyond simply donating or discounting light bulbs.

“The community that we get into the store, they see that we’re part of it and they want to be a part of it, too,” he said.

To that end, Deck hopes the project, as well as Wal-Mart’s use of CFLs, will make the community more passionate about energy efficiency.

Meanwhile, Popovich is hoping for firm commitments from Wal-Mart, Pacific Power and other entities.

“The idea has been very well embraced, but it’s hard to do concrete things like find a lot of money, or actually walk up to someone and give them a bunch of light bulbs,” she said. “Those are all obstacles, but I think there’s so many good things and positive responses we’ve been getting. Everyone we talk to gets really excited about it.”