Blood in the water: Sharks swim up creek into Lakum Duckum 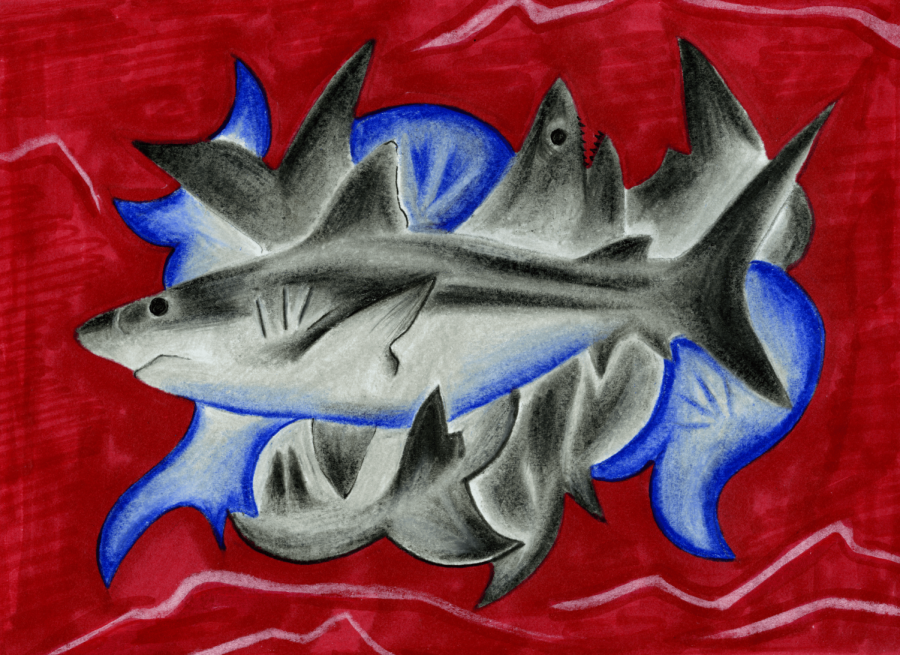 Tragedy struck this weekend when three ducks were reported missing. The brothers, Huey, Louie and Dewey, are being mourned at Hunter Conservatory. The suspected culprits are the sharks residing in the scarlet water of Lakum Duckum.

“It’s so hard to imagine a world without them. These bastards better be caught soon,” said Scrooge McDuck, the three victim’s grunkle.

To get to the bottom of this, I investigated Lakum Duckum itself. The heated water had an odd iron smell and I had a desire to drink the forbidden soup–so I did. It tasted like foie gras and wet dreams. I highly suggest it.

One of the sharks, a hammerhead named Chris, was excited to speak about the incident. “Yeah, I ate ‘em, what about it?” said Chris.

The administration has posed several theories as to how the sharks made their way to Lakum Duckum, but their leading theory may raise some eyebrows.

“Weeks ago, a lesbian couple skinny dipped in Lakum Duckum, as is Valentine’s Day tradition. Unfortunately, we have reason to believe they were menstruating at the time–due to the influence of the full moon–and the blood attracted the sharks,” the head of shark-related disasters said (this position received a 300% pay increase with the FSR; the administration is using this incident to justify the firing of ten professors for the raise).

One of the women in question, who wished to stay anonymous, had this to say. “Um no, that didn’t happen, creep. Why are you asking about my periods, get the fuck out of my house.” So much for the laws of hospitality.

The administration opened a dialogue with the sharks to try and find a way to settle the differences between them and the ducks. Chris thinks this is a productive use of resources.

McDuck, on the other hand, believes in a more radical solution. “Let’s fill Lakum Duckum with gold coins and crush the sharks to death with them. Then my brethren can return, as ducks are the only creature capable of swimming through coins.”

In the meantime, the surviving ducks have been relocated to the North Hall pond, where nothing bad has ever happened to ducks.