Letter to the Editor: The mystery of my own murder 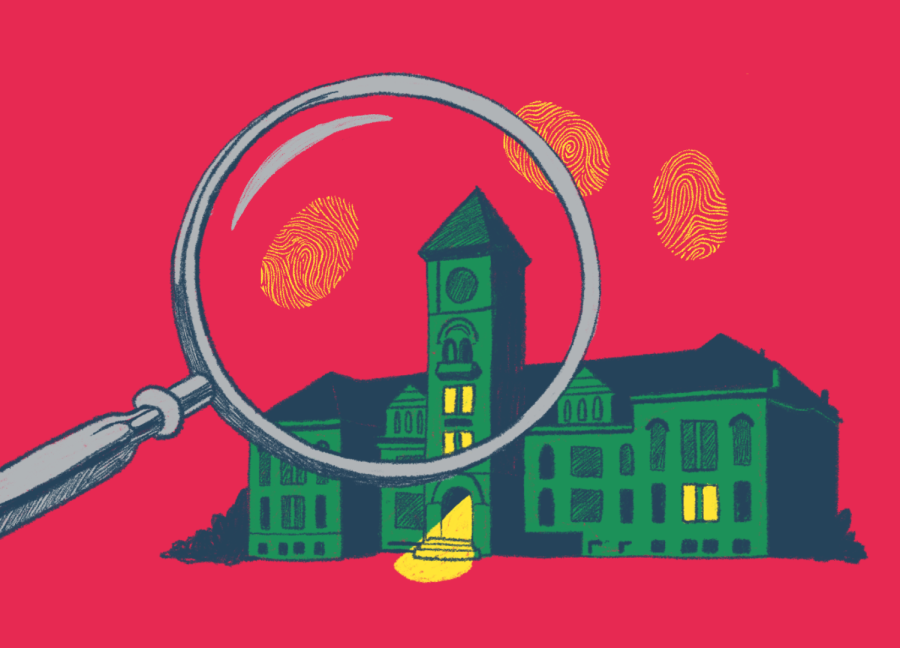 I hope this letter reaches you, sorry they only use snail mail here in Hell. My butler Beelzebub told me that this is my only chance to communicate with the living world. As you know (since I’m sure The Wire has published an article on it, right?), I met my demise last weekend after The Wire’s all-staff meeting. I suspect foul play.

The only people around me at the time were my fellow humor writers: Lee Thomas, Carmel Stephan, Conor Bartol and Grace Canny. We were being assigned our article headlines for the coming week when the lights suddenly shut off, blanketing the room in total darkness. This means I couldn’t see my murderer. While my editor Rachel was also there, I’m certain it wasn’t her because I’m her favorite, so that leaves the four aforementioned writers as the suspects.

I will describe where everyone sat before the lights turned off and I was found dead:

Directly to my left was Lee, former RA of the La Maison Française, or what normal people call the French House, who was looking through their headlines on their phone. I am known for hating the French almost as much as Italians, so that would make me their enemy. When the lights turned off, I heard them exclaim, “Sacré bleu! J’ai fait tomber ma hache!”

To Lee’s left was Carmel: poet, ninja and black belt in axe throwing. While I had no beef with Carmel, she is extremely suspicious as I was found with an axe lodged in my forehead. It is still there and Asmodeus won’t let me take it out. It’s very rude.

Finally, to Conor’s right, was Grace. While she wasn’t acting suspicious, she had the most motivation. As the newest Humor writer, usurping my throne as the oldest person in the room would be a power move to demonstrate her worth to Rachel.

This is all I can recall about the time right before my death. I hope you can publish this so the good people can avenge me. One of my fellow humor writers must be the suspect. I hope that you, good reader, can bring my assailant to justice.

Lovingly from the 2nd layer of hell,
The dearly departed,
Sammy