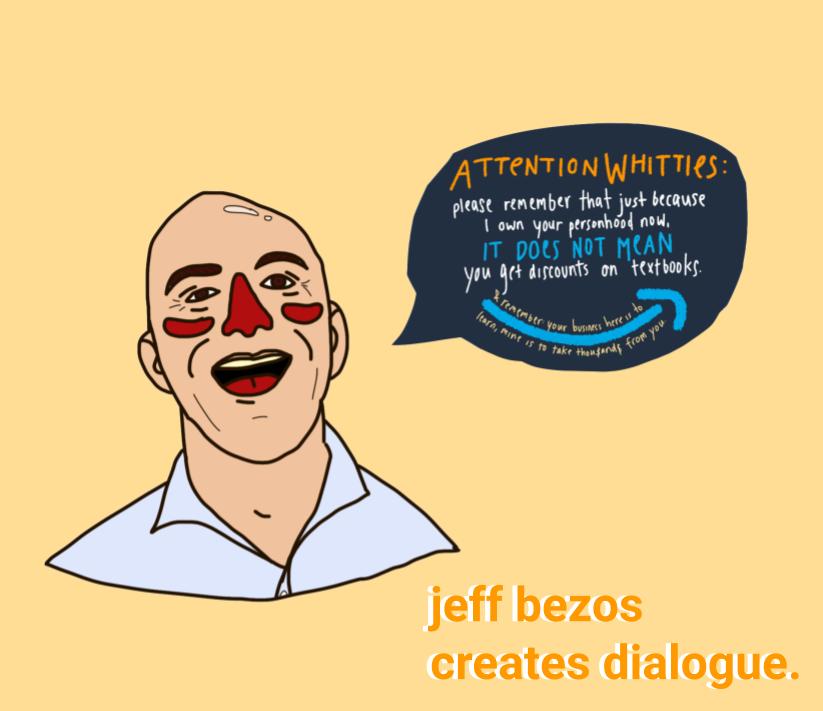 Walla Walla has been buzzing since Jeff Bezos and Kathy Murray signed an agreement to sell Whitman College to Amazon in order to increase funding for the school. The student body, however, is very divided on the issue.

“I don’t know what this means for the college,” said sophomore Hope McAlister. “But maybe we’ll all get free Prime? Or maybe Bezos will pay off our debts? He certainly has the means to do so. I mean, what else is he gonna do with all that money?”

“This all kinda sucks,” said senior Kennedy Miller, president of Anti-Bald Summit. “Now our campus is owned by real life Lex Luthor. You can just tell he’s got a sinister plan, the whole lot of them do.”

Despite the controversy, Jeff Bezos is very optimistic and eager to share his plans, which include an overhaul of the entire campus.

“Let me tell you, this purchase will be beneficial for the student body, the Walla Walla community and the economy as a whole. We plan to begin construction on facilities and a new curriculum, which will more adequately prepare students for their future careers,” Bezos said.

According to Bezos, several warehouses will be built around campus, in which students will be able to apply for unpaid internships to work for Amazon. There, they will box packages and ship them out to customers around the world! In order to accomplish this ambitious construction project, Amazon plans to knock down all residence halls and interest houses. Students will sleep on the very comfy warehouse floors during their breaks.

“They already don’t get enough sleep,” Bezos says. “And is this really that much of a downgrade from, say, the Jewett couch beds? And every student will get a free, empty Aquafina plastic water bottle to relieve themselves! We’re all going to have a fun time here at the new Prime Training Facility for Young Adults.”