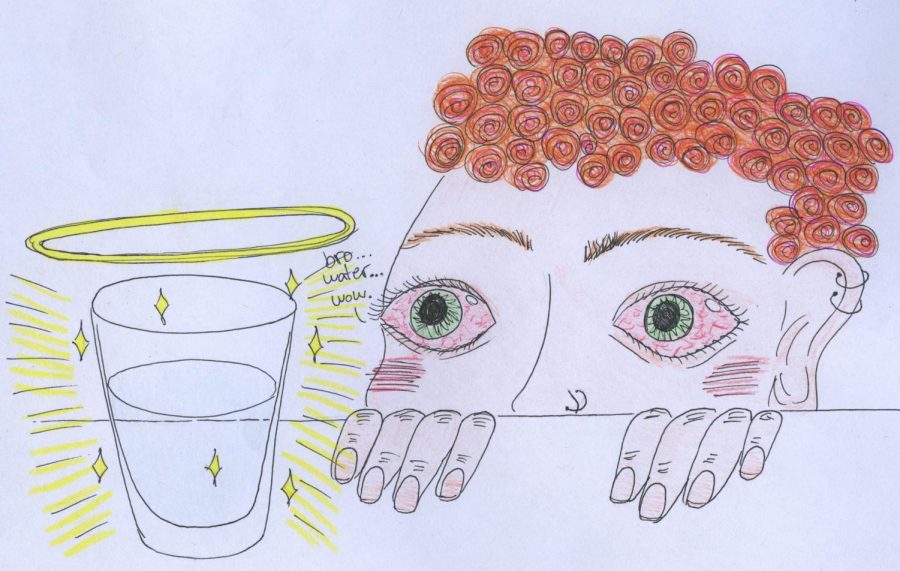 After having spent 45 minutes staring at the textured ceiling in his room, Miles Thatcher – the long lost grandson of Margaret Thatcher – suddenly startled with a fright. Unaware of his vastly historical lineage, he was shocked that the sky outside had gone from being sunny and friendly to dark and gloomy. A few seconds after this keen observation, he realized that the sun had just set, and now it was evening time. This was not an unusual occurrence for Mr. Thatcher; for him, it was just a classic Tuesday afternoon. Miles’ day had been challenging; he’d taken a genetics quiz and awoke at 9 a.m., which justifiably necessitated edible intake. However, as much fun as he was having merely staring at the ceiling, he felt that his body and mind probably needed some sort of attention in order to stay fully functional.

He rolled off his bed (and by his bed I mean two twin mattresses stacked on top of each other), landing with a thud on the carpeted ground. With the agility of a church cat and the motivation of migrating Canadian geese, Mr. Thatcher crawled to his desk where a Nalgene bottle was haughtily perched. In one clean motion, he snatched the water bottle down from the desk and unscrewed the lid, impatiently dumping the liquid into his dry-ass mouth.

However, in his bewildered stupor, the fluid evaded him, for there was merely the residual backwash left at the bottom of the bottle for him to sip upon. With all the effort he could muster, he tipped the smelly Nalgene back as far as it would go and let the three weensy, tiny drops land on his tongue.

And then, Miles remembered what the fluid was… “H2O!” he exclaimed, feeling the three drops in his mouth disappear down his gullet. “Bro!” He yelled to no one in particular, “you gotta get a lick of this!”