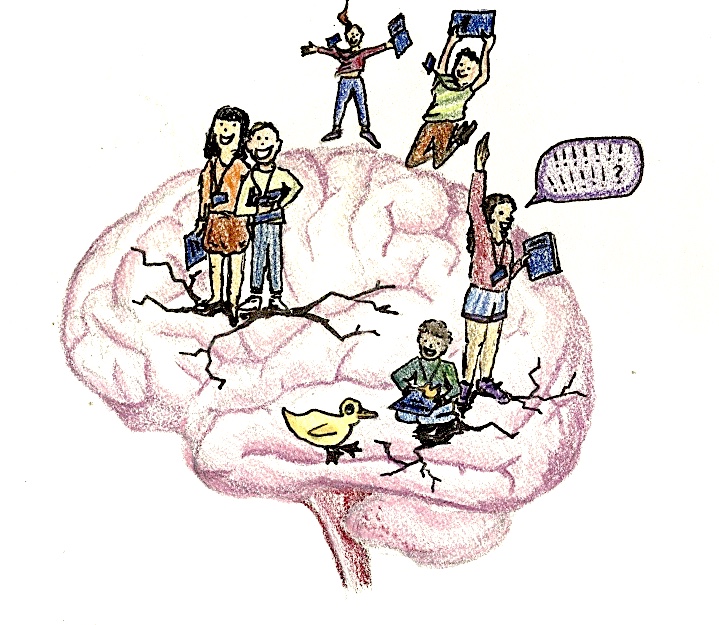 Smiling admitted students wandered around Whitman College for the first time in what seems to be millenia over this last weekend.  Whitties were confused by this sudden influx of teeth, seeing as their rampant cynicism has been the main mode of their engagement with the cosmos after their first semester here.  A few students reportedly went blind after seeing such reflective white surfaces.

“What’s challenging with this smiling debacle is that I can’t get close enough to the admitted students to tell them to run far from this place — just because their clean teeth are like a repellent for the natural grime I grow on my skin,” said sophomore Hairdo N. Otshowerwell.

The admissions office was hoping for the visiting admitted students to be a helpful antidote for the tarry, black cloud of cynicism that descended on campus in the year 1860, but to no avail.  Whitman students have retained their ability to sustain their life forces off of sheer cynical opinions rather than other natural sources of sustenance (i.e. food, sunlight, blood.)

“It is distressing that we haven’t been able to clear up this inky cloud of muck since the school opened, but we here at the admissions office have hope.  We’ve been working here since before the school opened in 1859, so we have a few tricks up our gnarled sleeves,” said High Priestess of Admissions Cassandra Amethyst Bloodmoon.

The admitted students were unperturbed by the cynical cloud on campus — their wide eyes gathered in lots of information about Whitman, but somehow missed the cynicism, as if the admissions office cast a hex on them so they wouldn’t see it.

“We can neither confirm nor deny any spells cast by the admissions office,” said Bloodmoon.

Regardless of the spells, Whitties were deeply shaken by the uninhibited joy that they witnessed.

“Yeah, I wouldn’t like to encounter joy again.  It’s deeply unsettling and distracts me from my studies,” concluded Otshowerwell.