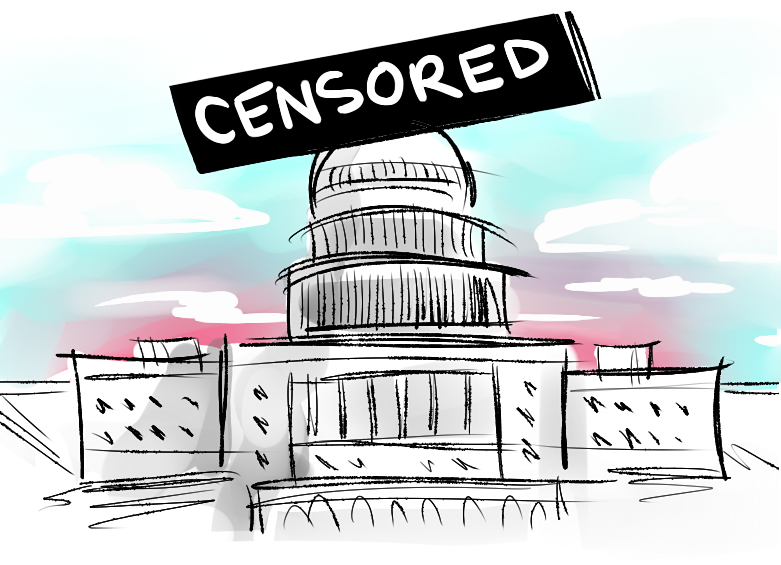 Washington, D.C. – On a rainy day in the nation’s capital, two aging senators nervously sip scotch in a chic bar, too disturbed to make eye contact with each other.

I sit across from Senators Schuck Chumer and McCitch Monnell wondering how two of the palest men in the nation managed to look even paler. It is as if they have invented a newer, even whiter shade of white.

Senator Chumer is the first to speak.

“We have discovered a horrifying oversight in Washington that the American people deserve to know about. The Capitol Building looks like a boob.”

My lack of reaction stuns them. Chumer continues, saying, “You know, the little top part looks like a nipple and the dome underneath is the, uh… booby.”

Senator Monnell clutches his chest and winces as Chumer whispers the word “nipple.” To demonstrate their point, Monnell pulls up an image of the Capitol Building followed by an image of a woman’s breast. He flips between the photos repeatedly before setting the breast photo as his lock screen.

Steadying himself, Monnell says, “Boobs are a bipartisan issue, and it is our job as congressmen to regulate the public presentation of boobs. We do not know how this hallowed building came to look so boobish, but we intend to get to the bottom of this.”

Chumer nods in agreement, saying “I don’t know how that boob slipped through our fingers, but we plan to clamp down on this issue and give this emergency the old-fashioned bipartisan purple nurple.”

The senators, now both visibly aroused, transition to their proposed solution to Washington’s Boob-onic Plague.

“Starting tomorrow, we will begin tearing down the dome of the Capitol Building. There’s just no place for boobs in government,” says Monnell. “We will then begin reconstruction, placing an erect missile and two cannon balls on top of the building. That should solve it.”