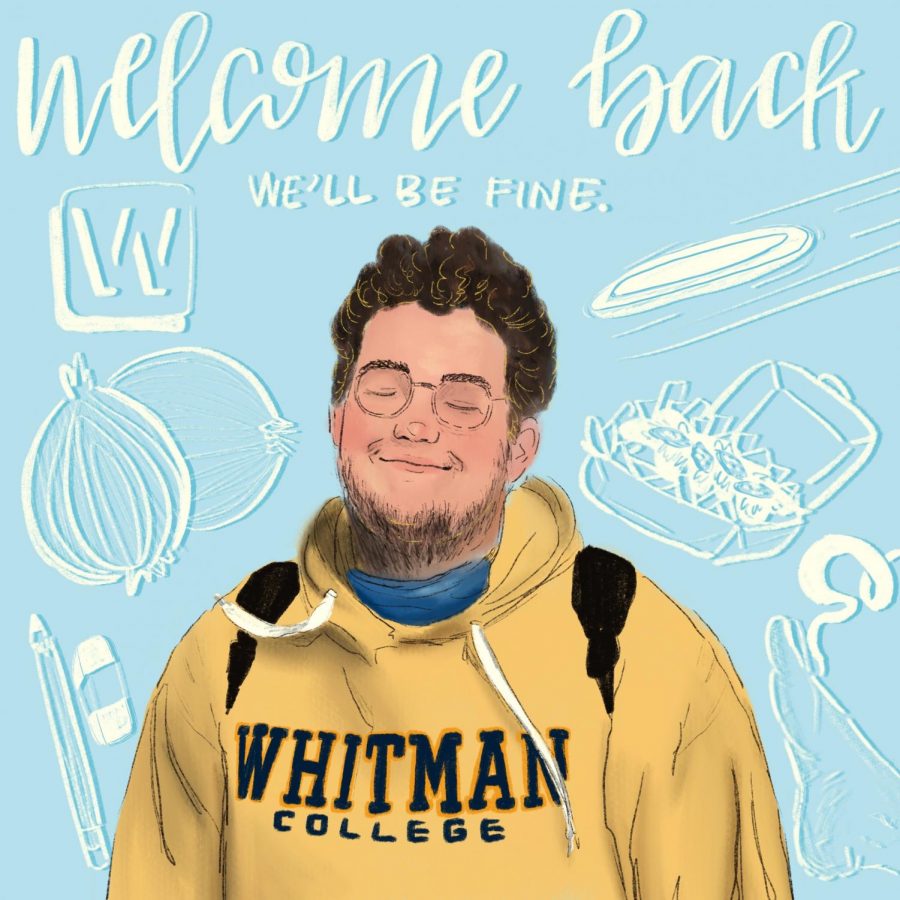 Ah, the scent of first-year confusion.

This is the one of those things that brings me back to campus every year, alongside watching first-years bump into statues and apologize, actually do homework (like this is school or something,) and the best hazing ritual that the college has ever practiced: making people try to figure out what to do for fun in Walla Walla.

But more seriously, I am excited to be back in ‘the place so nice they named it twice.’  It’s kind of like being back in a dream you had before, but the stakes are so much higher–you might be naked in front of the whole class, but now they have the look in their eyes that jaguars get when they see a wounded bird.  But hey, we gotta remember the small things. Those little things that keep us sane in the timeline that some would describe as ‘the Titanic sinking again, but this time Kate Winslet is actually a cyborg that rusts–but does not die!–in the cold water, leaving her robot brain on for an eternity under the Atlantic.’  The world might be on fire, but at least we have Andre’s on campus four times a week now!

In fear of following in the footsteps of larger newspapers that I will not name, I’m going to pledge to you right now: The Wire will never write a piece on how hard it is to be a Nazi today.  Somehow, that doesn’t seem to be the right move for a newspaper that actually has a journalist’s spine.  (Wondering who I’m talking about? Read the first letter of the first word in every sentence in the next paragraph.)

No, seriously.  Every time I’m back on campus, I’m inspired all over again.  Whether it’s seeing students help each other through the fiery, frisbee-filled hellscape that is Ankeny on a sunny afternoon or watching people beat their heads against textbooks in an attempt to ‘learn through osmosis,’ I see Whitties learning how the real world is.  You might not get what I’m saying now. Or maybe you’ll never get it. Regardless, Whitman will continue to fill up with the rejected-from-circus-school people it always has. Keens and all, Whitman is back this year. (This is too long to print. I’m trying to say the Times.  My god, this was funny, but now I’m trapped in this dumb shaggy-dog joke. Enough! Stop!)

Welcome back to campus, weirdos.  Try to keep your sandals from smelling up the classrooms.  We have to spend too much time in the academic buildings anyway, so let’s aim to not huff foot smell before December.