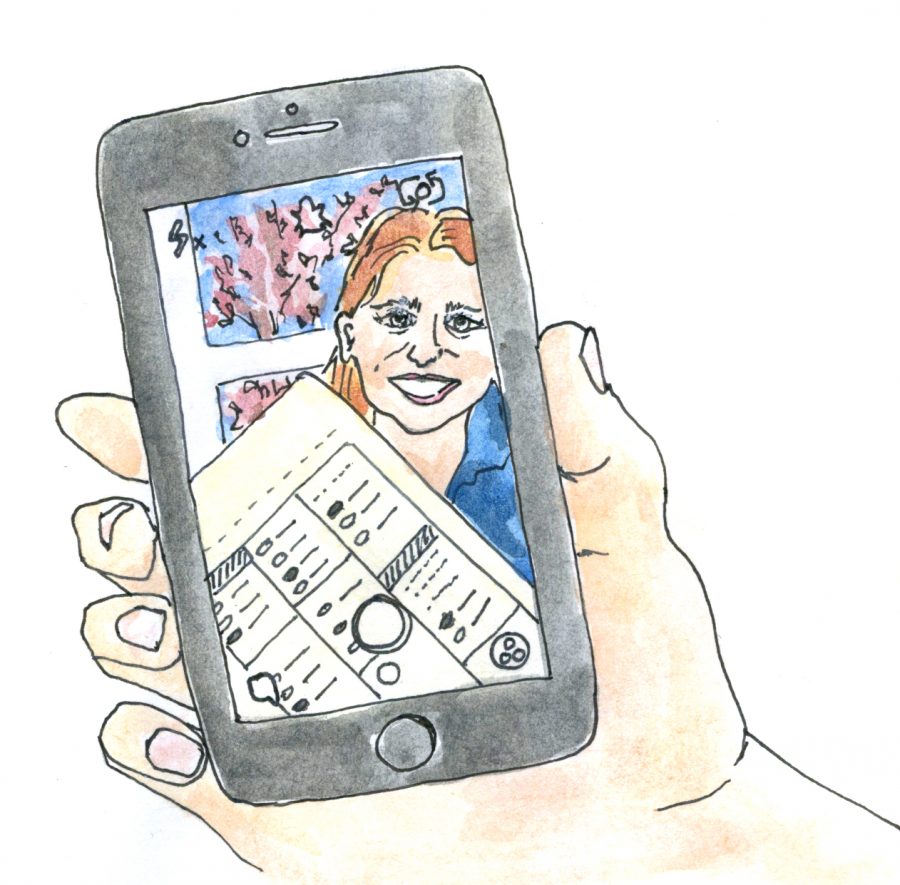 It was the perfect Snapchat story. The opening shot captures a few seconds of the bubbling in Hillary Clinton’s name and some forced wavering over other names for comedic effect. The hum of a bustling freshman dorm fills the background. The sound of a double-tap on the screen switches the view to selfie-mode, forcing the director/star to make a split-second decision on what face to make to look both politically engaged, but also coolly detached. She goes for a semi-ironic thumbs up. After hemming and hawing about whether or not to add a caption to her magnum opus, she decides to let the art speak for itself. She hits “post” and waits for the figurative applause.
After about two hours of obsessively checking the views on her story and replaying her genius for her own viewing, our Snapchat prodigy felt pretty disappointed at the number of views and screenshots on her story. “I really thought I was onto something there. Do people have something better to do than to check my story?”
The hours continued to pass and her story’s reception remained anemic, throwing a major blow to our young Kubrick’s efforts to rebrand herself as a person who generally gives a shit about politics. “I thought I was going to be getting a lot of public validation for this, but now people are just texting me that it’s illegal in most states to take ballot selfies. Let me live, you know?”
When asked about why she posted in the story in the first place, our newly engaged champion of democracy simply offered, “I don’t know, so people know I voted for Hillary, I guess.” This is, of course, an admirable cause considering the notorious ambiguity of most Whitman students’ political leanings. At around the three-hour mark, the number of views was settling at a disillusioning 23. Alas, such is the nature of the cutthroat world of political activism.