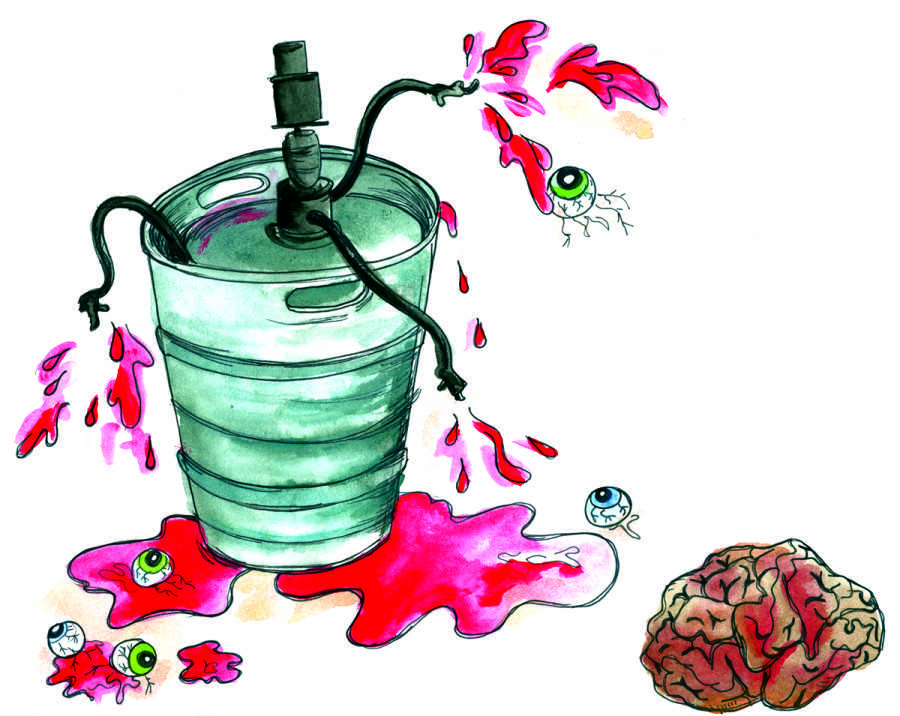 Everyone knows what “4/20” means. And on Saturday, it had a very interesting twist … a keg sneak! Indeed, as everyone knows, 4/20 was the start of the fad that is “Humans vs. Zombies.” The Human team, forever in watch of their zombie counterparts, gathered in an off-campus house dubbed “Humanity’s Last Hope” with the goal of finishing off a keg before the zombies showed up. As soon as the game began, the post on the HvZ forum read: “The sneak is on, zombies!”

Tristan Gavin, a former baseball player, commented, “When I used to play baseball, I thought those guys were pretty big nerds. Now I’m starting to realize––the human side at least––can really party.” Off in the distance an occasional “NERD!” was heard, but at that moment the humans were having their day. And they got drunk. Really drunk.

“It was pretty ironic because then they started getting really drunk and they were the ones acting like zombies. Ironic, right? Guys?” commented English major Bill Seymour.

The Human side had lost control. Some who were unaccustomed to drinking beer began to vomit in the corner; others began to howl at the moon as if they were turning into werewolves. They needed to be reminded that they weren’t that type of nerd. The humans, however, had forgotten that zombies can smell beer vomit from up to three kilometers away.

“It was a classic mistake––nerds drinking too much and attracting zombies all in an attempt to be cool. They should have just stayed in North!” commented Zombie expert Blair Frank.

The Zombies showed up and it was all but over for the humans. Some managed to clutch their stomachs and run away, but others were turned into zombies instantly.

“Pretty horrifying watching that,” commented expert Zombie-watcher Frank Blair. “I haven’t seen a massacre like that since ’81, and that wasn’t as nasty as this.”

The Zombies had triumphed and they finished off the keg the Humans had only managed to drink 12 beers out of, despite their number being 42.

“Finish off the wounded soldiers!” commented Head Zombie Bill Husky, implying to finish all the half-drunken beers lying around “Humanity’s Last Hope.” In an exclusive interview with the Backpage, Husky only commented: “Zombies know how to party; humans don’t.”