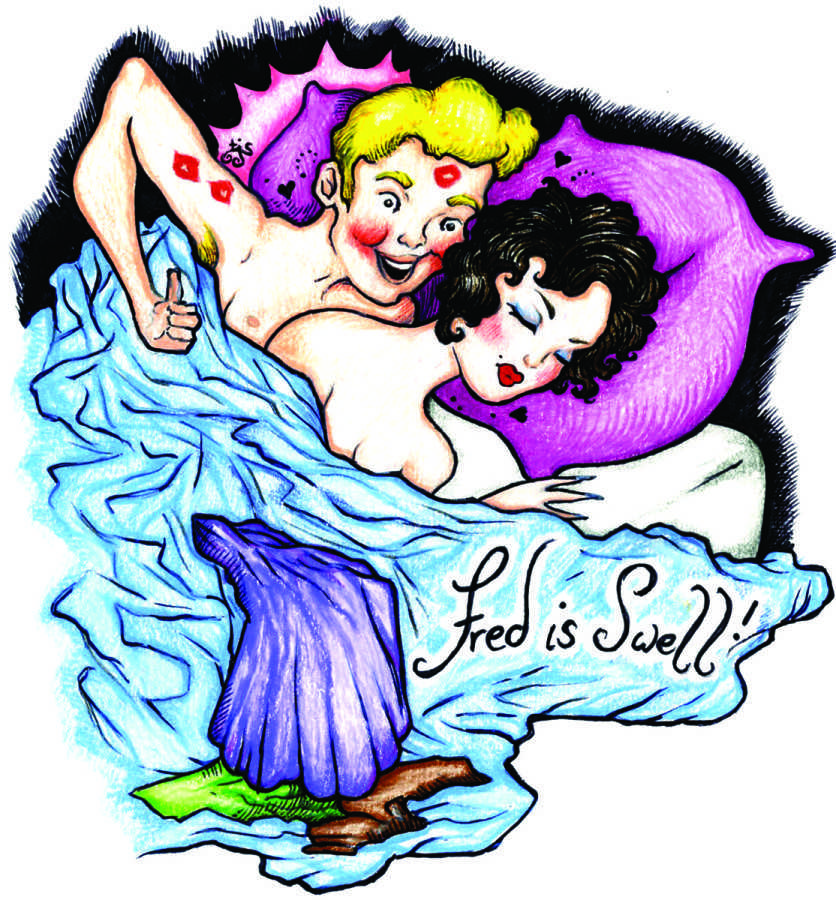 In a recent survey conducted by ASWC, it seems freshman males are overwhelmingly enjoying the act of coitus.

“I came into college not having much experience, ya know, in the bathroom. I mean bedroom,” admitted one freshman male, Cam Srosby, after being assaulted by Senior Kappas wearing lipstick in the Beta bathroom because he “looked like a teddy bear.”

Since then, males have been meeting in the 2-West Lounge to try and get more women into their couch-beds.

“One strategy that works is to tell them you’re a senior, and keep making comments about how â€˜you can’t believe you’re hooking up with a first-year. Then mention how your 400-level sociology classes are super tough. They will totally believe that,” said one of the more mature idiots of 2-west.

“I HAPPEN TO LIKE SEX … DAD,” said one ecstatic yet rebellious freshman male after getting his first kiss sometime during Family Weekend. His father, a strict Christian, looked down, ashamed, and said, “I knew this would happen. We’re bringing you back home. This damn hippie school has gone too far.”

Although they claim to like sex, the freshman males aren’t exactly sure how it works.

“The more condoms the better!” said one freshman whose username on Whitman Encounters is JabbatheButt. He then claimed to have once put 10 condoms on his flaccid member. “I also do the same thing with my contacts,” he later snorted. The Backpage can only hope he was putting the contacts on his eyes, not somewhere else.

Freshman girls, however, are underwhelmed. “I’m gonna need more than four to five drinks on a typical night if I’m gonna have to deal with these idiots for the rest of my college career,” one said.