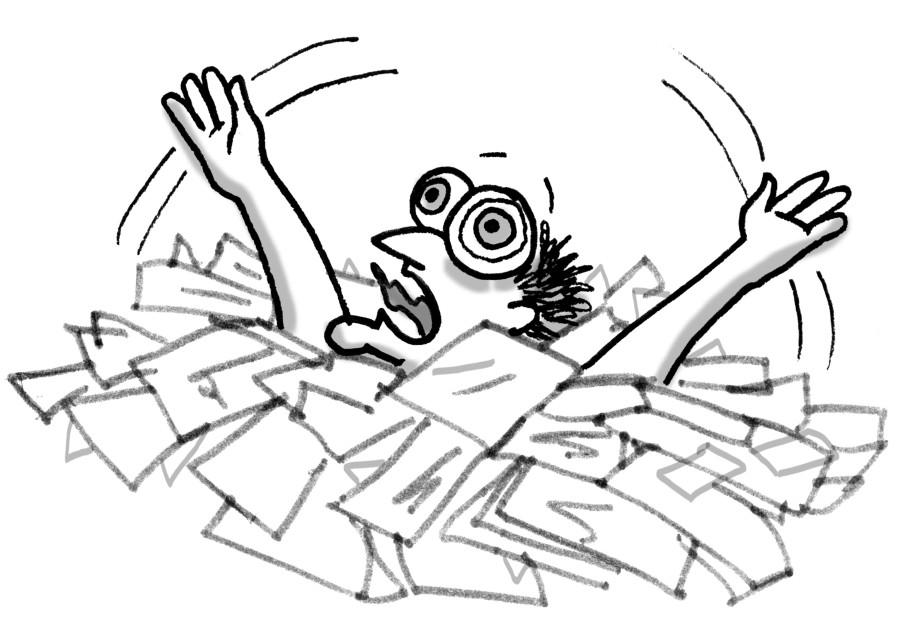 An angry mob of Whitman students rallied on Reid sidelawn yesterday to protest the sharp increase in student-produced publications over the past four years.

“Stop telling us to read stuff! Enough is enough!” the group chanted, while throwing buckets full of shredded copies of The Pioneer at unsuspecting passerby.

In 2008, The Pioneer and blue moon were the only student publications on campus. Three years later, these publications are joined by quarterlife; The Succession/Secession; KWCW’s music rag Hey Man; the Waiilatpu; The Circuit; blue moon’s blue mooner; a feminist zine; QUEERING, an experimental campus publication for GLBTQI voices and issues; a magazine for dog owners who miss their pups; a magazine for future cat ladies; a quarterly collection of absurdist plays; DIS…C, a slam poetry collection from the Ultimate team; Six Feet Under: a tree-climber’s handbook; and KantRant from the philosophy department.

“Basically every time I go into a building there’s a box by the door of something that I’m supposed to read,” said senior Clarette Clark. “It’s cutting into my Facebook time.”

“It’s outrageous,” said senior religion major Cate Cosmonaut. “I haven’t finished my class reading since the day Bridges assigned the first four books of ‘The Odyssey’ at orientation. And now they want me to read this crap? The Circuit? I don’t even like physics.”

“The newspaper is a waste of paper,” said junior environmental studies major Eartha Early. “I know it’s printed on recycled paper, but still. It could have been made into napkins or something.”

The protestors then began to throw perfectly ripe vegetables and other organic matter at the student leaders of  campus publications, who spoke about the distinct contribution that each of their publications brings to Whitman.

“I mean, don’t you want to read a grim, wistful, intriguing poem that contemplates the unspoken tensions between disparate entities?” said senior Violet Sun, editor of blue moon, while she cowered under a rain of Prentiss tofu paella.

“It’s shiny!” said The Circuit’s editor-in-chief Patricia Vanderbilt when asked why the magazine was important to Whitman. Vanderbilt then picked up a copy of The Circuit and a copy of The Pioneer. “Come on, what do you want more?” she said. “Something shiny? Or this other crap?”

Vanderbilt escaped while the protesters were temporarily entranced by the glossy pages of The Circuit.

Though the protest eventually disbanded, the anger towards campus publications will likely continue until every student at Whitman is on the staff of a publication. This will occur approximately two weeks from today, if trends continue at the current rate.*

*The margin of error on this statistic could be anywhere between 1 day and 4 years, give or take 1-4 years. The Pioneer staff is not very good at math.