The Dirt on Dating 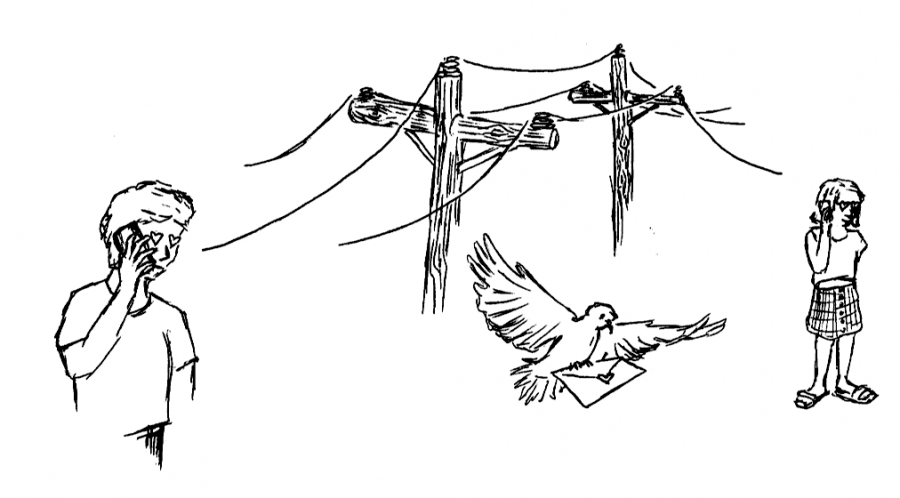 Writing an article on Whitman’s Dating scene for the Wire I thought I knew what I would hear. As a second semester junior, I have seen a lot of discontent in some of my peers, myself included, in the options available in the Whitman and Walla Walla communities for dating. Whether it is the small number of possible people or fear to act based on the feeling that everyone would know in such a tight knit community, I had noticed a common sentiment among my peers of just waiting out their needs and wants in dating until they graduate and move.

However, I knew this experience was by no means universal, so I decided to reach out to my peers at Whitman to some of their thoughts and experiences dating at Whitman.

Annelise Ellingboe, a junior currently abroad, spoke to me about her experiences and observations on dating at Whitman. Ellingboe has been dating her boyfriend since freshman year and feels that in some ways her experience has been much different than her friends and peers.

“I think that my experience has been different than what some other people have had; getting into a long term relationship during first year was absolutely not what I had planned or imagined. However, it has been one of the best and most transformative parts of college for me,” she noted.

Although she has been in a relationship for most of her college career, Ellingboe has noticed that the small size of Whitman has had an effect on the views and practices of dating in the community around her.

“It sometimes seems like at Whitman, everyone who is single is someone you have already been involved with or your friend has already dated, which can definitely make it feel like options are limited for meeting new single people,” said Ellingboe.

While junior Sal Goldblatt feels that despite the size of Whitman there are still many options for meeting people, the small size can lead to some drama.

“A lot of times we’re so small that what else is there to do but make some drama. And you know things get blown out of proportion very easily because of the small scale that were on,” said Goldblatt.

A female first-year student who requested to remain anonymous, said that she is currently in a long distance open relationship and does not feel too pressured to find anyone at Whitman. She however noted that a lot of her friends have felt pressure to do so.

“The first year of college is really lonely. You have to start all over and make a whole new life. So getting into a romantic relationship is a way of ensuring that you have someone with you,” she noted.

Students go about finding potential sexual or romantic partners in a multitude of ways: from dating apps such as Tinder or Bumble to meeting people through mutual friends and classes.

From my own experience I know that Tinder can be a successful and rewarding avenue for some, but it is often used out of boredom and can lead to a lot of dissatisfaction. Goldblatt has not used Tinder much, but feels like the app forces its users to objectify others.

“I hate Tinder. I feel like it’s just shopping for people. I think that social media clouds our judgements a lot of times and I’ve experienced that with like talking to people over social media and then I see them in person and they’re a whole different human being. I think that the kind of women who I’m looking for wouldn’t judge my character based on three pictures and a little bio. I feel like everyone’s objectified and reduced to a little blurb on Tinder,” Goldblatt explained.

While Tinder has not been his thing, Goldblatt said that he has been a larger proponent of being forward in expressing interest in someone. He has found that at Whitman there are often a lot of expectations placed on dates.

“Here people just assume you just want to get into a relationship right away. In fact, I feel like I can’t take someone out on a date without them thinking that I want something long term off the bat” he said. “I feel like in my life back home you go on dates to get to know people and people in LA are more accepting of that versus people here who think it’s either just a hookup or committed emotional relationship. There seems to be two sides of the coin with no in-between here.”

The first-year also joked that something as simple as inviting someone on a walk can mean a lot at Whitman.

“I was joking with one of my friends like ‘oh you go on the walk.’ When you ask someone who you’re interested in to go on a walk with you, generally they end up dating within a couple of weeks,” she laughed.

While there are many stereotypes placed on the Whitman dating scene, and it is easy to try to place blanket statements over the experiences of all students, there are multitudes of factors that play into the ways each student experiences dating differently. Each student is made up of a variety of identities including gender, race, sexual orientation, participation in Greek life and many more that create a large range of experiences with dating and sex at Whitman.

Group affiliations can play a large role in who feels welcomed in and involved in the dating scene according to Goldblatt.

“I feel like athletes, inter-Greek relationships, and outdoorsy folk are heavy hitters on campus in terms of dating openly on campus with each other. I think certain power dynamics come into play when those labels get attached to you and I think that influences certain decisions,” he explained.

While Goldblatt is not a member of a Greek organization, he has many friends who are and acknowledges that gender can play a big role in who is welcomed into these spaces.

“I know frat house environments aren’t always the most inviting. I think a lot of that is changing, but I don’t usually see Indie women just hanging out in frat houses unless they are with a group of close female friends because of that impression that you’re here for somebody and people don’t want to deal with that,” he said.

As a male he also recognized that his gender plays a role in the way he is included in and participates in dating.

“Sometimes I don’t see myself the way everyone else does. I don’t think of myself as physically imposing, but other people might see me that way. I haven’t had a lot of struggles based on how I’ve looked, it’s always been just been personalities not meeting,” said Goldblatt. “So I think that there’s a lot of straight white men here and I fit into that but I feel like I’m different than the Whitman norm based on my interests and how I interact with others.”

For others, age can play a role in who they feel comfortable exploring relationships with. I interviewed junior Trung Vu, who, at 26, is older than the majority of his classmates.

“I think that relationships, especially monogamous ones, are volatile in college. Nobody really knows who they are, myself included. It’s a period of rapid change and development especially because we know we are all leaving this place eventually. Also it’s probably because I have mostly have had relationships with seniors who leave when I’m still here. I find that the maturity level that I require of other students limit my dating pool to about 40 percent of the school” he noted.

Race and sexuality also play huge roles in the way individuals are able to interact and participate in dating. Although these problems have started to become acknowledged in the community through events such as the “Racist Rom-Com at Whitman” panel at the Power and Privilege Symposium, this issue is still a very prevalent one in our community.

While some members of the Whitman community actively choose not to date and others simply have not found relationships, it can be hard to place any blame on oneself.

“I heard from someone that they once read on a college review site that at Whitman all the ‘good’ people get into relationships first year and then are never available and I would just like to formally call bullshit on that! Even though it can feel like you already know everyone or the people you like are not open to a relationship, there really are a lot of cool single people in our communities (including outside Whitman) and it’s silly to presume that everyone you know who is single is single “for a reason,” AND college is such a transformative time. Someone you meet freshman year might be wrong for you then, and then be someone you are interested in a year later,” Ellingboe commented.

The first-year also commented: “Most of my friends really want to get into a relationship or have no interest. There’s like no in-between.”

While dating each Whitman student has a completely unique experience of dating and sex, it is important to remember that no matter what others are doing you should stick to your own desires and comfortability.

On a similar sentiment, Goldblatt commented that we should work to be critical of the expectations and labels around sex in order to create a more healthy environment for all.

“Having lots of casual sex is fine if you’re both like adults and cool with it and having not a lot of it is fine. You know, just being who you are. Happy sexual health doesn’t necessarily mean having sex. And being cool with your own self and your own body image and how you treat others,” said Goldblatt. “It doesn’t always have to be about sex itself, it’s more about the culture around sex that we have to change.”