Through the Windows of the Barber Shop 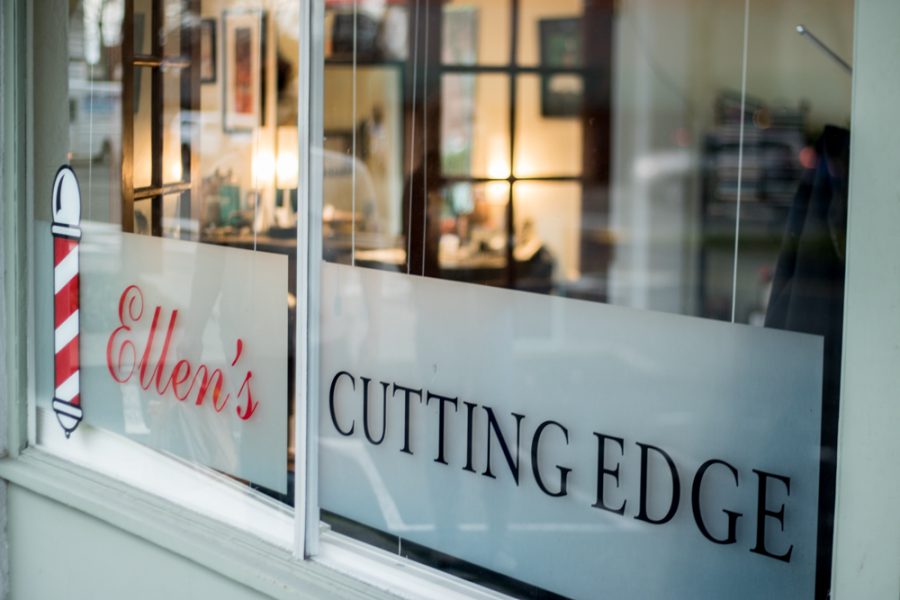 Walla Walla native Ellen Saager has been watching Walla Walla grow from the windows of her barber shop — Ellen’s Cutting Edge — since 1987.

Before that, she watched from the windows of her home on Penrose Ave, around where Whitman’s Physical Plant currently sits.

She has seen Walla Walla grow tall, and fall back down again as buildings went up and down.

According to her, another building claimed the space that Reid currently sits on before the campus center materialized. Three little houses dotted the edge of Boyer before the Bratton Tennis Center. Before the soccer field located by Harper Joy Theater, a street used to cut through the terrain, stretching through campus, lined with little 1920s houses.

Downtown buildings have been taken down and built into parks, said Saager.

There was a mill on Melrose St, a Lincoln Log factory, canneries and a Blaze King, according to Saager, who called the town “vibrant.”

“There were a lot of jobs, lots of things being made here. But that’s disappeared, so it’s been replaced more with tourism,” said Saager.

Saager saw the town “Before the whole wine thing happened,” she said.

Saager said that it all started when a Walla Walla wine was served at the White House, putting Walla Walla on the map.

“From that point, it’s just grown to where we have over 150 wineries and we started with just probably five,” she said.

Saager mentioned that Walla Walla was very rural growing up.

“This used to be the way to get to Waitsburg,” said Saager.

But now people actually stop in Walla Walla, investing time in the town instead of just using the main street, with four lanes because Highway 12 wasn’t built yet back in the 70s, just to pass through.

Leaving her home on Penrose Ave, Saager went to Molar Barber School in Yakima, where she learned how to cut hair. She graduated in 1981.

Saager chose barber school over hairdressing school as she is chemically-sensitive, so she cannot be around strong smells such as hair color dye. Saager said that the smell of perms give her a migraine.

Everybody else was going to be a hairdresser; barbers were seldom, she said.

“Barbers weren’t so trendy back when I went to school,” said Saager. “Everyone was into perms.”

But, cutting hair was always what Saager liked to do more.

“I thought this would be a good niche for me,” said Saager. “I’ve always liked it.”

“Every head is different, so every head, you’ve got different elements, palettes and stuff,” she said. “I just like being able to create something.”

After school, Saager got a job offer in Seattle, but her parents had other wishes.

“My parents were like ‘no, come home for a while! Stay here!’” said Saager. “And then I met, and got married, and never left.”

Saager worked at another barber shop for two years — one that has since closed — but decided to go solo because a building became available so she thought “now’s the time to jump.”

The space was available, and Saager needed to remodel, so it became the perfect fit — trapped between downtown and the neighborhood as Saager describes it. The space encapsulates the past. Saager picked up some red, vintage, over-stuffed chairs from a retired barber and filled her shop with antiques placed “here and there,” she said, including an old Whitman banner. She made the space her own.

Saager has been going solo ever since — self-supporting and self-employed.

“I’ve been self-employed for 30 years now so it would be hard to go to work for anyone else,” she said.

While Saager said that the person she worked for before had his shop and his way, she said that “my shop is sort of my way.”

Saager works solo in every sense of the word — she doesn’t have any employees. All the ones that she’s tried out want to use chemicals or hair dye, and she just can’t do that due to her sensitivities.

However, she mentioned that there isn’t anything she doesn’t like about working alone.

“There isn’t anything about working alone that makes me feel like I’m alone,” said Saager.

Whitman as a neighbor

Many of these people are Whitman students.

From her barber shop, Saager has watched Whitman students come and grow, leave and sometimes come back, sometimes with kids, sometimes who end up going to Whitman.

“A lot of them will graduate and leave, and it’s amazing how many move back,” she said. “I have people that work all round, some at Whitman, and some downtown in banking, that I cut their hair when they were students and now they’re back and I cut their hair now.”

Saager said that her first year cutting hair at Ellen’s Cutting Edge, back in 1987, Kevin Wright stopped by her shop. He was one of the first students that sat her in red barber shop chairs and is now the custodial supervisor for Whitman’s Physical Plant, which is where Saager’s childhood home was located.

It all comes full circle.

Saager cut Wright’s son, Jake’s hair when he was at Whitman. Now Jake works security at Whitman and she still cuts both father and son’s hair.

“So I’m waiting to see if I can survive three generations,” she said.

Saager’s interactions with Whitman encroach on the business side of things as well — Whitman actually owns the space that Saager’s shop resides, and has for the past 28 years.

Saager mentioned that Whitman bought the space because it is on the outskirts of campus, on the fringes of downtown, so it was pertinent to them.

In this way, Saager gets to experience student interactions and activities, such as the Banff Mountain Film Festival every year.