Whitties who have leave their 'poo– shampoo, that is– behind. 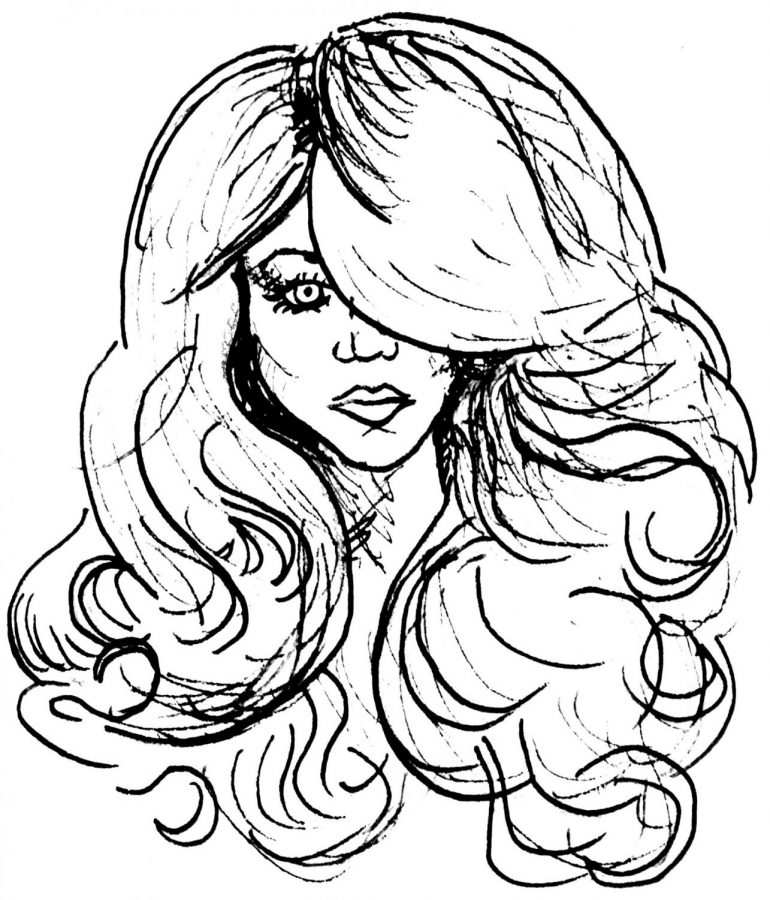 When Brandt came back to her Sebastopol, California, home for the winter to prepare for the next section of her hike, she started thinking about ways in which to simplify her life, transitioning back into society with the momentum from living a simple and cost-efficient life in the wilderness.

That’s when Brandt started reading articles about people who switched to a zero-waste lifestyle and came across the “no-poo movement,” whose practitioners wash their hair with a gentle alternative to shampoo, such as baking soda and apple cider vinegar. Many say this allows them to achieve clean hair without the damage or dependency that comes with daily shampooing.

Especially with college lingering on the horizon, Brandt thought that it was a good idea to look into the relationship between daily routines and commercial product consumption.

Eliminating shampoo would save her money, and she also heard people talk about how it’s healthier to go no-poo. Once you get acclimated to the method, she said you don’t need to shower as much as your body begins doing its natural work by not producing excessive oil to compensate for the shampoo that strips hair of natural oil. Brandt said that going no-poo is less harsh on your hair.

“And so, I kind of just was immediately like ‘wow, this would be really cool,’” Brandt said.

Brandt also has read a lot about curly-haired people on various online forums, blogs and articles about how ingredients that are in most shampoos contain chemicals that are particularly bad for the structure of curly hair, which she has.

Brandt has been engaging in the “no-poo movement” since around last December, off and on.

She started with a baking soda and apple cider vinegar alternative to shampoo, but didn’t enjoy it.

While she said it was nice to buy the products in bulk, the concoction wasn’t easy to use and didn’t smell nice.

“What I didn’t like is that I guess I never got to the point where I felt like it was cleaning my hair,” Brandt said. “It was just very different from nice smelling shampoos and conditioners, which is what I was used to.”

“I’m not a consistent person of the method,” Brandt said. “I haven’t been like ‘I started and I never went back!’”

Going into college, Brandt didn’t want to have to worry about bringing along the jar and materials for her baking soda and apple cider vinegar concoction, so she shifted into natural, chemical-free shampoo and conditioner bars, which she has really liked.

Because she is running low on the bars, Brandt has been using a low-poo liquid made specifically for curly hair. However, switching products have seemed to jump-start the transition period all over again.

“What I consistently haven’t liked about this method is that there is a transition period,” Brandt said. “So I feel like I’ve never gotten past that to where I’m like, this is great, my hair isn’t producing oil uncomfortably. So even now I feel like I’m still, I guess I’m not totally to the point where I’m comfortable and transitioned into that method or routine.”

While not caring about your hair on the trails is easy to do, it has been difficult for Brandt to adopt this method in social settings.

“If you had some time period where you didn’t care at all, it would be cool to just not,” she said.

“And so, this is where it’s like, I don’t know if I’ve been convinced, but it’s still very intriguing to me,” Brandt said. “Like this idea, is just, like people are like ‘yeah! Your hair has to get used to it!’ And I think it’s just very hard to commit long enough for your hair to get used to it if you’re self-conscious while it’s — or if it’s not comfortable while you’re in the transition period — then it’s like, when is this great, ‘my hair stop producing oil’ gonna happen?’ So I think that’s a struggle, especially when you’re in a social setting.”

Junior Mike Dunne had a different approach. Instead of weaning himself off of shampoo, Dunne dove right into the no-poo movement once he started growing out his hair two years ago. He has consistently not used shampoo since.

“It was mostly because my hair was getting long and gross and after I’d gone a little without shampooing in a day, it would get super gnarly,” Dunne said. “And my friend was like, ‘you should try not shampooing it, because your natural oils or something kind of take care of that stuff.’ And so I tried it, and it was awful for a couple weeks, and maybe a month or two, but then it actually started working.”

Dunne said that he dealt with the awkward phase of having oily hair by wearing hats. When he started engaging in the movement, his hair was shorter, so it wasn’t as bad. Now that his hair is little longer than shoulder-length, he said that it would be tougher to go no-poo if his hair was long starting out.

Dunne also remarked that a lot of his motivation has to do with laziness. He said that it is easier to have to not remember to shampoo. In addition, he gets to wake up later and spend less time in the shower.

“It feels good,” he said. “I find that my hair doesn’t change that much throughout a day as it did when I was shampooing it.”

Brandt said that everyone’s hair is different, so different methods will work for everyone. Sophomore Merone Hadush proved that to be true.

Hadush stopped shampooing two years ago and never looked back. She said that she has pretty dry hair, so she didn’t want to continue to strip her scalp of natural oils. Hadush said that she felt that shampoo has always made her hair feel weird, and her older sister told her she had stopped using shampoo, so Hadush tried it out.

“Honestly my hair has never been so healthy and moisturized,” Hadush said.

Hadush said that there were never any moments that her hair was super greasy as she said that her hair is naturally not that oily, so the no-poo movement was perfect for her. She has never experienced any cons.

Hadush appreciates that she doesn’t have to spend so much money on shampoo all the time.

“It’s funny because I still have the small bottle of shampoo that I bought for the beginning of last year and still have it because I use it as shaving cream now,” Hadush said. “I think it’s worth trying! It made me realize I didn’t need it and if anything that I needed to add oils to my hair. I feel like conditioner does all the work I need.”