What evidence is there to support the College’s reputation as a sustainable institution?

The Admissions department proudly proclaims the 1:1 student-tree ratio at Whitman. But what really defines sustainable practice at Whitman? If sustainability is such an important sentiment in Whitman’s identity, what evidence can be drawn upon in support?

One of the simplest lenses through which we can evaluate institutional sustainability is greenhouse gas (GHG) emissions. In FY2017 (the fiscal year 2017, which ended in mid-June), Whitman was responsible for the emission of 10,590 metric tons, or 23.3 million pounds of CO2.  Compared to other institutions of similar size and resources, this is fairly average. According to AASHE (the Association for the Advancement of Sustainability in Higher Education) Lewis and Clark College emits 8.6 thousand, Pacific Lutheran University emits 19.1 thousand, and the University of Puget Sound emits 11.45 metric tons of CO2.

However, Whitman is rapidly reducing emissions. According the the 2017 Full Sustainability Report, in FY2016, the college was responsible for emissions of 21,300 metric tons of CO2. The reduction by roughly 50 percent in CO2 emissions is due to heavy investment in Renewable Energy Credits (RECs), and part of a greater overall shift in the Administration’s mindset towards sustainability.

Only a few years ago, Whitman introduced the position of Sustainability Coordinator, currently held by Brandon Bishop. The mere existence of Bishop’s position indicates the high priority to sustainable development held by the administration. Bishop has in large part led reform throughout the different aspects of sustainability on campus. Whitman’s improvement in some of these areas has been significant enough that AASHE, the Association for the Advancement of Sustainability in Higher Education has ranked Whitman for the first time in its STARS program, in the silver division. In 2016, rankings like the Princeton Review and Sierra Club sustainability awards both included Whitman on lists of ‘green’ colleges, and the Environmental Protection Agency recognized Whitman for its progress towards net carbon neutrality.

The recognition and publicity Whitman is starting to receive has thrown sustainability reform into the spotlight. Rankings and awards are a talking point; a matter of pride, and the policies adopted by the administration reflect sustainability’s elevated status. However, according to Genean Wrisley, ASWC Sustainability Director, just getting the word out isn’t enough. Wrisley says, “ I think that this increased publicity is the first step in the right direction but actually getting students to know and care is the next step.” Understanding the immediate applications of sustainable policy is an important enabler that leads to greater student involvement in the future.

In FY2017, Whitman used 48.5 million gallons of water. This was down from 52 million the year before, however, the College still spent $40,000 more on water due to rising utility prices. Since 2012, the college has reduced potable (sterile, for domestic purposes) water use per unit of habitation floor space by 18 percent. According to the AASHE STARS report, this is due to more efficient water usage, but also in part to increased floor space (if water use remains constant, and floor space increases, water use per unit of floor space decreases). While these numbers demonstrate improvement, Whitman’s water policy could yet improve. In his 2017 Sustainability Report, Bishop suggests updating standards across campus to specify usage of 0.25 gpf (gallons per flush) urinals, 1.28 gpf toilets, and .40 gallon per minute flow-rate sinks. Bishop estimates that with such measures—and heightened awareness on the part of Whitman students and staff—indoor water usage can be reduced by 20 to 50 percent.

Water recycling initiatives would also be highly effective means of conserving water, reducing energy use, and saving money. Rainwater is collected and purified as drinking water in many countries around the world. Granted, rainwater will eventually make its way down to groundwater aquifers, and so is not wasted, but requires energy (read: money and GHG emissions) to pump back up to the surface. Graywater systems are installed in many new buildings, and capture non-contaminated (not from toilets) domestic wastewater for reuse.

The main well that Whitman uses for irrigation (landscaping) water is in the science building and taps a deep-water aquifer. The amount of water that Whitman pulls from the well is not metered (measured), which entirely removes the incentive to conserve water. Without conscious oversight, regulations and consumption goals cannot be set. According to the Walla Walla Basin Watershed Council, the City recharges the aquifer by creating pathways for water to seep back into the ground (injection wells, flood basins, infiltration galleries) but it’s difficult to say for sure if Whitman’s practice is ultimately sustainable. The deep-water aquifer that Whitman pulls from is the city’s emergency water supply. The installation of a meter would provide a way to quantify Whitman’s water uptake hold the College accountable for the specific amount of water it uses—i.e., Whitman currently operates in the shadows when it comes to irrigation water from this well.

One policy that many at Whitman might not be familiar with is the REC system. RECs, or Renewable Energy Credits, are offsets for means of electricity production that also release GHG emissions. The electricity that Whitman purchases electricity from Pacific Power is generated using a variety of fuel sources. For example, 63 percent of that electricity is generated by coal combustion. Obviously, coal is incredibly detrimental to the environment, so Whitman purchases RECs as offsets to CO2 electricity generated by coal production (and several other fuel sources). RECs are—and this is an extremely simplified recounting—essentially vouchers that show a certain amount of electricity was generated using sustainable, clean technology. Each REC stands for one  megawatt hour of electricity. For every megawatt hour of electricity that was purchased in FY2017 from Pacific Power, a REC was purchased to offset any GHG emissions the generation of that electricity might have produced. The electricity that Whitman purchased in FY2017 generated 11,180,000 metric tons of CO2 and Whitman purchased RECs to offset all of it, thereby lowering total emissions by 50 percent. Whitman is funding sustainable energy production equivalent to the unsustainable energy the college uses. While the REC system is certainly an elegant way of staying accountable for carbon emissions, it is also locally immaterial. The sustainable electricity purchased through RECs is generated primarily in Colorado, Utah and Texas. While Whitman sponsors the production of that energy, none of it can be used on campus, in Walla Walla, or even in Washington State. Says Wrisley regarding the REC program, “I think the term “carbon neutral” is very misleading because it makes it seem like Whitman is doing something special to not emit carbon. However, the reality is that the school is just spending money somewhere else to theoretically balance out our emissions.”

Whitman plans to cut GHG emissions by 50 percent before 2020, and 100 percent before 2050. The REC system might not be perfect, but it’s the most realistic means of achieving that goal. As removed as we might be from the actual energy our RECs generate, they still show our commitment to sustainable development. Around 700 other institutions follow a similar path to Whitman’s REC policy. “Higher Education in a way is the passage of the torch to the next generation. When it comes to innovation, change, and implementing the tenets of sustainability our students are a critical component,” says Bishop. The higher education system is uniquely situated among public and private institutions in the United States. In addition to the progression of knowledge through research, higher education in the US is responsible for training the next generation of leaders around the world.

On Dec. 12, 2015, 195 countries around the world gathered together to sign the Paris Agreement—a consensus to each and every one try their best to reduce emissions and keep global temperature from rising higher than 1.5 degrees Celsius. The USA, originally champions of the Agreement, have since withdrawn their support. This year, President Murray and 2,500 other prominent leaders from various public, private, and higher education institutions signed the “We Are Still In” declaration affirming Whitman’s commitment to the original Paris Agreement. The college’s new strategic plan states Whitman’s intention to continue supporting and “protecting the natural environment,” as well as environmental justice. In 2016, Whitman released the Climate Action Plan, which establishes a roadmap to eventual carbon neutrality. The plan involves tandem installations of mitigation technology and purchases of GHG offsets. As we approach 2050, the projected path towards net neutrality involves reducing emissions and offsets simultaneously.

Sustainable practice at Whitman will never be simple. “Sustainability is more encompassing than simply climate change. It is a way of looking at the world through a multidisciplinary lens,” said Bishop.

As an immediate solution, the offset program is undoubtedly an effective tool in driving positive change, but catastrophic climate change can only be averted in the long run if emissions are drastically reduced. As the great forester Gifford Pinchot said, “The vast possibilities of our great future will become realities only if we make ourselves responsible for that future.” 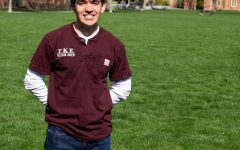 Roller derby by and for Walla Walla women

Whipping around the track, the Walla Walla Sweets Rollergirls navigate offense and defense in tandem. Solidarity and strength dominate their sport;... 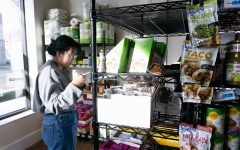 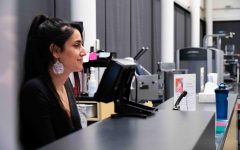