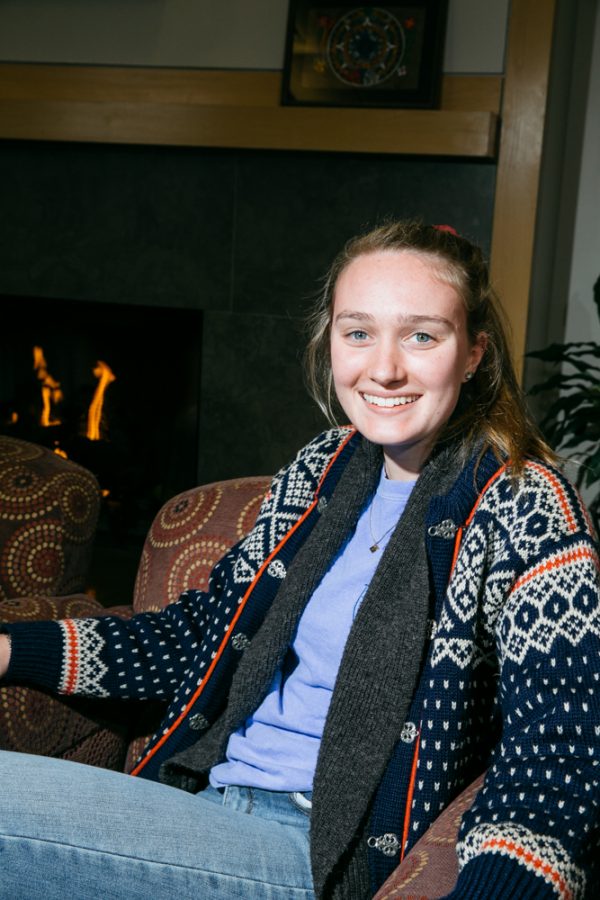 Over winter break Whitman activity is at a standstill, the campus eerily empty and waiting to reconvene with the Whitties that inhabit it. Starting in early January, students start trickling back in and restore some energy to the usually active campus. A few main events that occur in the interim between first and second semester are the First-Year Writing Workshop, RA training and Wilderness First Responder (WFR) certification.

The workshop was kicked off with a discussion of what students wanted to get out of the week, followed by a full day of free-writing. It evolved into reading and analyzing two poems: “The Death of the Moth” by Virginia Woolf and “The Death of a Moth” by Annie Dillard. The students honed their writing skills through the analysis of these two texts.

Each day began at 9:00 a.m. with three 50 minute sessions in the morning led by either McDermott or Burgess, followed by a quick lunch break, and two sessions in the afternoon. Students learned how to cultivate their theses and about the specific steps of writing. They crafted mock essays, wrote, talked in small groups, shared their ideas and wrote some more.

They also read different texts that were related to moths but had nothing to do with the poems that they read, such as scientific writing about moths.

Rosenkranz mentioned that it was like a modified version of Encounters. In Encounters, students read different books that all fit the same type of theme. At the workshop, the texts all revolved around moths, yet they were set in different contexts.

The workshop was really geared towards Encounters, and Rosenkranz feels more prepared to approach the class after the workshop.

“I feel like coming back, I’m ready to approach Encounters writing and just college writing in general in a different way and I think I can definitely take the techniques that Professor McDermott and Professor Burgess taught us and apply it to my writing,” Rosenkranz said.

Rosenkranz received packets of notes covered in valuable skills to help her with her classes this semester. The workshop discussed what professors seek in students’ writing, such as the importance of close reading and the development of ideas instead of summarization.

She also feels more comfortable going to the Center for Writing and Speaking (COWS), since McDermott is the head of the center and many of the workshop’s student assistants work for the COWS as well.

“The fact that this workshop can happen is really important for students because it’s a great opportunity [to answer questions and solve problems]…I hope that it’s something that they can keep doing, for sure,” Rosenkranz said.

The newly-fledged Resident Assistant for the German Interest House, sophomore Lukas Koester, engaged in rigorous RA training for a week and a half prior to the start of the second semester.

Koester and around 30 other new RAs kicked off their new year by arriving on campus on Jan. 4. They launched training with a retreat at a local church for the first couple of days, where they did a lot of bonding activities to create a cohesive group of leaders.

“It’s almost like orientation a bit, where you put this group of people who don’t really know each other…and you spend all your time together and then you become really close friends by the end,” Koester said.

The days were usually twelve hours long, from nine in the morning to nine at night, and jam-packed.

“[RA training] was just a big long list of things that we had to do pretty much,” Koester said.

“Knowing how to talk to people and work them through difficult scenarios is really important,” Koester said. ”It could happen to you as an RA. You always hope that it doesn’t.”

In order to best prepare RAs to handle these types of difficult situations, the RAs mimicked a resident/RA interaction through role play while being videotaped, and then watched the tape over again in order to understand how to handle situations in the best way possible.

“It was pretty difficult at times. Sometimes we bring up a really serious issue like suicide of a friend, parents getting divorced, we have to talk our friends through those issues and that’s something that’s never easy to do,” Koester said.

Koester’s knowledge was put to the test on the Saturday before residents moved back in. Practicum, the culmination of the entire week and a half’s worth of training, was held in Anderson Hall. All the old RAs were in different parts of Anderson, acting up and causing trouble, while the future RAs were instructed to deal with the most extreme residents they had ever seen.

Koester had to enforce the alcohol and drug policy, sports in the halls, quiet hours violations and huge parties.

“I enforced the drinking policy on my RA from last semester,” he said.

Koester found it fun to be oblivious to which RAs were going to be doing which activity, and then walking in to see the people who used to be rule enforcers turning into rule breakers for the day.

“It was always kind of a nice surprise to walk in and be like ‘oh! I know you and you and you! A lot of my old friends were there,” he said.

Old RAs turning into rule breakers wasn’t the only thing that was strange during training when there weren’t many people on campus.

“It didn’t feel like my normal Whitman experience…it was like you were at a camp or something. By the time my other friends showed up it was very weird seeing them around because I was so used to the same 30-some faces for the past week and a half,” Koester said.

The result of being together for so long and touching on serious issues created strong friendships by the end of the training. Many of the future RAs went into the main lounge of Jewett or Anderson and played games together to unwind after a long day of training. They would also go out to eat.

“[RA training was] some of the best weeks I’ve had here at Whitman for sure,” Koester said.

Sophomore Meg Englert made her way back to Whitman ten days early to receive her Wilderness First Responder Certification through an intense two-credit class that lasts for ten days, from 8:00 a.m. to 5:00 p.m., including two evening sessions until 9:00 p.m., over winter break. The course was taught by instructors from NOLS, a nonprofit global wilderness school.

“You were never not doing WFR things,” Englert said.

The course is required for anyone who wants to lead a Scramble, attend trips with the Outdoor Program or work for an outdoor company.

Englert, who took a glacier mountaineering class with Brien Sheedy last semester, wanted to take the class so she could feel confident and comfortable doing more intense outdoor trips with friends and family.

“I’m starting to feel more independent in the wilderness, so I wanted to have trainings [so] that I could help myself and help my friends if anything bad were to happen,” Englert said.

The class essentially teaches students how to treat injuries and handle emergencies in the wilderness. Participants learned how to deal with spinal injuries, evacuate people, put back dislocated limbs, perform CPR and even how to grapple with little wounds and cuts.

The class was held in Reid Campus Center and was split between in-class instructional time and scenarios outside, where students got the chance to role play. One student would pretend to be the injured person, while another would be the rescuer. They were given a backstory of what happened, and injuries were made to look real with makeup.

Englert mentioned that the scenarios were a lot of fun and made everything seem more real.

“You can listen in a classroom and people can tell you how to do CPR or how to irrigate a wound and all these different things… But it’s a whole different thing to actually practice it outside. Hands-on practice is what really really helped me to understand how things worked,” Englert said.

As a humanities and social science-oriented person, Englert knew little about the body prior to her WFR experience. Nevertheless, she said that she ended up being very interested in everything she learned.

The students were assigned to read the book “NOLS  Wilderness Medicine” at night, so their entire experience was filled to the brim with medical knowledge.

“We used to joke that we were having ten-day medical school,” Englert said.

On the last day of training, Sunday the 16, the students took a rigorous 100-question multiple choice test and engaged in the grand-master of all role-play scenarios to test their skills: a mass casualty. The scene imitated an ATV accident in which four people fell, there was a collapsed lung, a head injury, a broken leg and a spinal injury. If the students didn’t pass, they didn’t get certified.

Englert said that the situation was really intense and felt real. Students were so used to the light-heartedness of the other practice scenarios that they weren’t used to this chaos.

“Obviously we knew it wasn’t real, so there was an aspect to it that was like, ‘this is fun! This is kind of funny! You’re pretending to be unresponsive,” Englert said.

However, the final scenario was so fast-paced and there weren’t enough rescuers. It reminded Englert of what it might be like in a real-world situation.

“The class did make me feel a lot more vulnerable in the wilderness than I thought it would,” Englert said. “[D]uring WFR you talk about really serious things that can kill people and it’s kind of like a life or death situation and those things are rare, but they do happen.”

WFR did reassure students that most of the time they will just be fixing blisters and cuts, and hopefully they will never have to use some of the information they learned. However, it’s better to be prepared.

“It is just an empowering thing for myself so that I know that I’m certified and I can take my friends out on backpacking trips…and they can be safe in my hands,” Englert said.