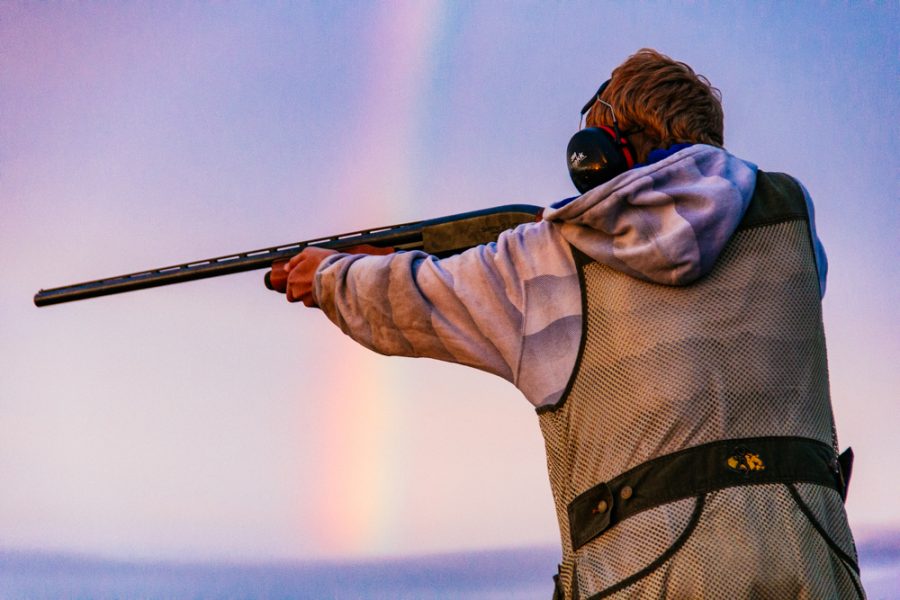 Gun control has been one of the most contentious issues in the 2016 election cycle. Increased awareness of police violence against communities of color, near daily mass shootings, and the alarming figure of 33,000 annual firearm deaths in the U.S. have infused the question of gun policy with renewed urgency and heightened political and social implications. As with many other issues, Clinton’s and Trump’s stances on gun control reflect starkly different choices for America. Clinton’s moderately progressive stance calls for comprehensive background checks and closing the internet sales and gun show loopholes. Trump supports the national right to carry and opposes expanding background checks and regulation of the type of firearms people may own.

Contrary to the sharp division of national rhetoric, many gun control measures garner a broad level of support. According to a Pew Research Center study published in August 2015, 85% of Americans favor expanded background checks, which includes 88% of Democrats and 79% of Republicans. Furthermore, 79% support laws to prevent mentally ill people from purchasing guns and 70% favor the creation of a federal database to track all gun sales.

In an effort to understand why this widespread support has not translated into legislative action, I spoke with a handful of people in the Walla Walla and Whitman communities whose unique experiences with the issue of guns and gun control may shed light on this complicated issue.

Guns: a way of life

For senior Isabel Mills, who grew up in Alaska and leads Whitman’s trap-shooting club, guns are an important part of life. Her family uses guns for trap and skeet shooting and hunting, and many of Mills’ extended family members get much of their food from what they hunt.

“It really has just been a way of life for me for a long time, to be around guns and to use them for practical purposes,” Mills said.

Mills’ family impressed upon her from an early age the importance of gun safety, a lesson she made sure to pass on to the members of the trap-shooting club.

“I was raised to be really respectful toward guns,” Mills said. “As a leader of the trap shooting team, I try to show people how important it is to always be thinking about [gun safety].”

For Mills, the Walla Walla shooting range, where the trap-shooting club practices, is a home away from home.

“Going to the range, it’s a really comforting place for me to be because I’ve grown up around guns and around the atmosphere,” Mills said.

Mills explains that while many members of Walla Walla Shooting Sports (formerly the Walla Walla Gun Club) hold views that don’t line up with her progressive political views, she appreciates hearing another side of the conversation.

“I love being out there just for a change of perspective and to see how a lot of people in the Walla Walla community feel about political issues and guns,” Mills said.

Whitman alum Bob Bloch ‘69, who serves as secretary-treasurer of Walla Walla Shooting Sports and works with young people like Mills to improve their trap and skeet shooting, emphasizes the sports’ ability to teach important life lessons.

“Our bent out here is not really shooting,” Bloch said. “Our bent is really to teach people how to get along with other people, how to be team members, how to show up on time, how to be responsible, that kind of stuff.”

Bloch feels that gun control legislation simply does not reach those who use guns to commit violent acts.

“When you talk about legislating firearm crime away, what you’re talking about is trying to legislate against 99.9 percent of the guns that will never get used in violence and then trying to legislate the one, one hundredth of a percent that is,” Bloch said. “And that never works, because you can’t get that fine.”

Mills, on the other hand, supports Clinton’s stance of regulating who is able to get guns through background checks and closing the gun show loophole.

“I’ve always thought more of guns as an object for sport but I can totally shift my mindset to the mass shootings…and be really sad about that and [understand that] we need to control who is able to get guns,” Mills said.

Despite her deep-seated affinity for guns and gun culture, Mills recognizes that reducing gun violence calls for openness to solutions.

“If it came down to it, to stop the violence, I would give up all my guns,” Mills said. “But it would be giving up something that I’ve lived with for a long time, and very few Alaskans would say that…but obviously something needs to change.”

Here we go again: the cyclical discourse of gun control

Anya Tudisco ‘16 studied the phenomenon of mass shootings and their portrayal in the media for her sociology thesis. While Tudisco was originally drawn to studying the causes of gun violence, her focus shifted to the responses it drew. She noticed that each time a mass shooting occurred, it was followed by a flurry of media and political discourse questioning what should be done to prevent more shootings. Within weeks, the discourse faded until another major shooting occurred. Meanwhile, no legislative changes were made.

“It’s just a perpetuation of the same cycle,” Tudisco said.

Tudisco attributes the political paralysis surrounding gun violence in part to the fragmented discourse that surrounds it. While a majority of Americans may agree with certain gun control measures, the consensus on the causes and solutions to address those causes vary widely.

Tudisco explains that in general, people who identify as more liberal tend to see the solution to gun violence as the responsibility of government and society. Thus they tend to align more with explanations that address the social and political factors influencing a mass shooting. People who identify as conservative, on the other hand, tend to see the events as more isolated and without much connection to one another.

According to Assistant Professor of Sociology, Santana-Acuña, the source of political inaction surrounding gun control lies even deeper than ideological belief.

“It’s not something that can be easily resolved as a political debate. It goes beyond that,” Santana-Acuña said. “It’s more than political; it’s cultural.”

Opponents of gun reform frequently call on the Second Amendment to justify unrestricted use of firearms, but Santana-Acuña explains that these pro-gun people are motivated less by a desire to use firearms and more as a reaction to what they see as a threat to the American collective identity. Like National Parks, the Second Amendment has come to be seen by many Americans as one of those quintessential items that makes America, America.

“For many people the Second Amendment…is not really about actually using [guns], but is primarily about a way of defining what America is,” Santana-Acuña said. “So for many people, especially those in favor of the amendment, they feel that having that right is what really makes Americans who they are.”

The problem with this view is it decontextualizes the amendment, adopted in 1791, from its very specific historical context of the French revolution and the fear of invasion of the fledgling America from England. Recognition that the amendment was developed in response to a very specific historical period leaves it open to its evolution so that it better fits the political and social circumstances of the present.

“The Second Amendment gives you the right to keep and bear arms, but it doesn’t say anything about the way you should use these guns,” Santana-Acuña said.

Figuring out the way we as a country should use guns is one of the central problems we face not just in this election cycle, but in this decade.

“I wouldn’t say there’s a lot of evidence that we will ever get there, but…I have to believe that as [gun violence] continues to happen, people will one day see that doing nothing is not an option,” Tudisco said.