Advocates Continue to Struggle Against Racism 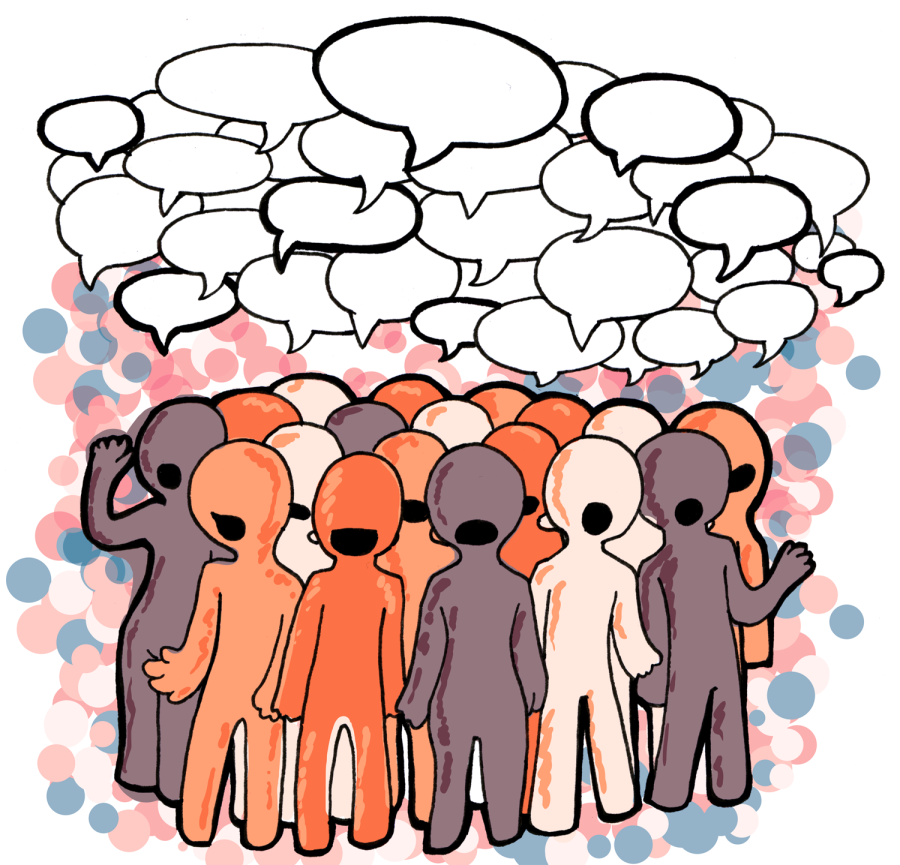 The controversy surrounding race and racism at Whitman College is not limited to the incidents online last semester, the rally that disrupted the Board of Trustees meeting last semester or the upcoming Power & Privilege Symposium. According to students belonging to racial minorities, the problem of racism is not a new one on campus, nor a small one. These individuals have not been silent, but their voices have not been heard as much as they should have been over the years, and many believe it is time we started listening.

In Joki’s experience racism is a very real, day-to-day occurrence that has largely been swept under the rug and accepted at Whitman. Never interested in sitting idly by, Joki has long been very outspoken about these problems on campus. In addition to serving on the Board of Trustees Diversity Committee, she has spoken on a number of panels about race and gender, and she was the person who initially suggested the Rally Against Racism and Cyberbullying that took place on the front steps of Memorial Building last semester.

“I think the rally did achieve its purpose. I think it’s been mischaracterized as a response to singular incidents on campus, but we were protesting the climate of racism that has been here since I’m sure before I got here, and the things I’ve experienced since my first year. It’s the experiences that everyone has had that are unacceptable that we were protesting,” she said.

According to Joki, this climate of racism is expressed in countless little ways, from insensitive comments from students and faculty to what she believes to be an indecisive and untimely response on the part of the administration.

Nick Hochfeld, a sophomore and member of Sigma Chi, claims that today racism is more complicated than bullies throwing insults. Instead it comes from friends and classmates and people in your dorms, whether they realize it or not.

“It’s more subtle things, like casual nicknames that are based on your race rather than character traits about yourself … Small things you don’t even notice until people start bringing them to light,” said Hochfeld. As an Asian-American adopted and raised by white parents, he said he wasn’t really aware of racism until this year, when he traveled abroad and experienced incidents of ignorance and racial prejudice.

While he doesn’t blame others for their ignorance, Hochfeld certainly found the experience unsettling and eye opening. He says they got him thinking about race as an issue.

“This whole racial conflict boiled over [last semester]. And then I was like oh, people do call me ‘that Asian kid’ or like ‘Chinese boy’ or something like that, like totally in jest, but … now it definitely makes me uncomfortable … I try to correct people sometimes,” he said.

Should Hochfeld and others with similar experiences be responsible for correcting their peers? According to Joki and other advocates of more racial awareness and sensitivity on campus, that’s not the case.

“I don’t think it should fall on students to make their academic environment safe enough for them to feel like they can participate as a student,” she said.

Joki said that race became a much more noticeable part of her identity when she came to Whitman, often in ways that were not pleasant or affirming. Her first semester at Whitman, many people thought she was an exchange student, and she says she still gets mixed up with other people of her race on a regular basis.

To Joki, the fact that this is even possible––that there are so few students from minority backgrounds on campus––speaks volumes about why Whitman is a hostile environment for them. She says she became aware of the burden placed on minority students at Whitman when she was asked to be on the Whitman Christmas card one year, and she noticed there were students of color who had been on the Christmas cards for several years in a row. She was disgusted by the way the school chose to manipulate its public image, falsely representing the level of diversity on campus to prospective students. But even more than that, she dislikes what this means for students of color on campus.

“I think it’s exploiting the people that are here. It’s not our job to pose for a Christmas card. We’re not being compensated for that, [and] it’s not our job to educate the white students about being a different race … [but] that’s a job that we’re expected to do here,” she said.

This is just one of many ways Joki feels that minorities are burdened at Whitman. Though she thinks she is getting a good education here, there are other factors to consider.

“[My education] has come at a very high price, both emotionally and physically –– the cost of doing all this work all the time,” she said. Joki’s goal this semester was to just be a student like everyone else, but she has found that she can’t do that, because there is simply too much advocating and organizing she feels needs to be done.

There are many on campus who care about these issues, but those who step up to the plate tend to be those who come under fire. Joki claims this takes away from not just advocates’ social lives, but their educational experience as well.

Joki is not the only one who has experienced a lack of empathy and social stress related to speaking out on issues of race.

“No one wants to admit that they might be a part of the problem, so they’re not willing to look within themselves to change themselves. And also when you point it out to them or tell them the specific thing they’re doing is really harmful, people just get really defensive,” said junior Erica Nkwocha.

She is troubled by professions of “color-blindness” by some members of the community and the perceived desire to avoid talking about topics of race at all in some circles.

“A lot of people don’t want to be friends with people who will call them out on things regarding race, and it becomes divisive that way,” she said. “You should be comfortable around [people] as they are, including all aspects of their person and their reality. You shouldn’t have to ignore a huge part of it.”

For Hochfeld, diversity and the way it is handled is one of the major problems with the racial atmosphere on campus. Everyone knows the college is mostly upper-middle class, Caucasian, northwestern and liberal, and this homogeneity is often taken for granted. Hochfeld points out that even beyond being unbalanced and unfair, this puts all students at a fundamental disadvantage.

“The lack of diversity leads to everyone agreeing with each other, or those who don’t agree not wanting to speak out, so then … when something that people are contentious about comes up, people don’t know how to react to that because they’ve been expected to agree with everyone this whole time,” he said.

Ideas for the Future

The administration is certainly taking some steps in the right direction. They are adding resources specifically for minorities at the Counseling Center and canceling classes for the Power & Privilege Symposium. Additionally, President George Bridges and the Board of Trustees have publicly acknowledged issues of race on campus. But according to some student advocates, these steps have not gone nearly far enough.

Joki suggests some of the Encounters texts be replaced or reframed with a focus on different problems of privilege and identity, including race. Hochfeld suggests similar adjustments to the Encounters program and also proposes students study the contemporary civil rights issues up for debate today, in addition to the disputes and disagreements on campus.

“The point of going to college is learning to think critically, and this is a great opportunity for Whitman to grab hold of something that actually happened [and] actually teach kids about something that matters now,” said Hochfeld.

Currently the Power & Privilege Symposium is the closest thing to campus-wide education on racial issues Whitman has, and as someone who didn’t attend the Symposium last year, Hochfeld wants to encourage everyone to go this year. He would even be in favor of making it mandatory.

“We just need a lot of education,” said Joki. “I don’t think that it’s a bad thing, or something to be ashamed of, but we have to take that upon ourselves. We can’t just pretend it doesn’t exist and hope it away. That’s not the reality of the situation.”