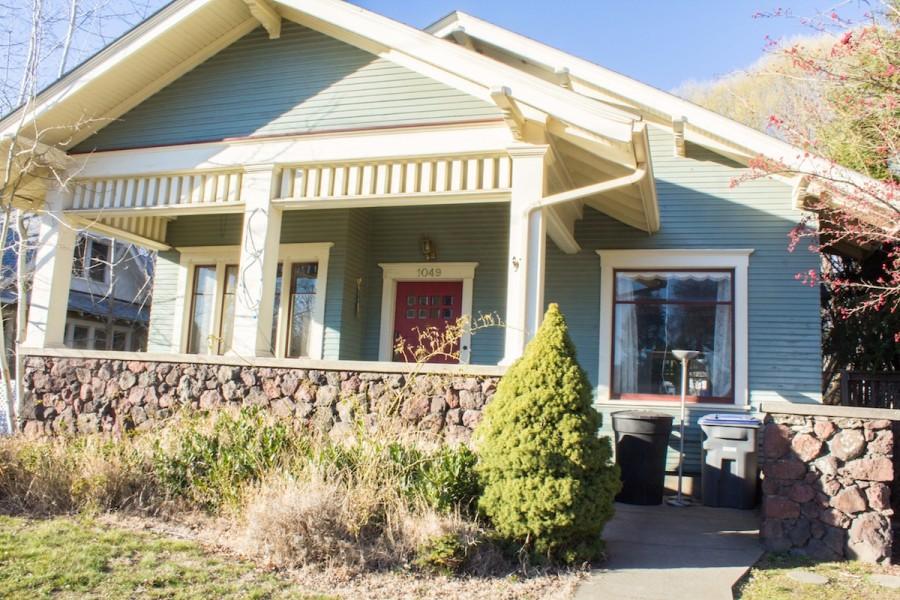 Moving into a house, both on-campus and off-campus, is a common decision for students at some point in their four-year Whitman career. However, there are certain unique traits and histories that go along with each home.

A select few student residences have histories that extend back farther than 100 years, sharing with them histories and secrets unbeknownst to the current owners.

One of these on-campus houses is La Maison FranÃ§aise (the French House), which was built in 1905. According to the historical plaque mounted on the front porch, the house was originally owned by two generations of the Fred and Clara Wilson family from 1910-1963. Sons Fritz and Norton as well as Fritz’s two sons all attended Whitman. Additionally, Fritz became the treasurer of Whitman, and also housed visiting professors of the college. The house was obtained by Whitman in 1963 and officially became the French House in 1968.

“It’s a nice house,” said sophomore Resident Advisor Miriam Moran. “The windows are a little hard to open, but it doesn’t have any major problems that I’ve encountered.”

Despite the 108 years of residence, the house seems to have sustained its practical use. The only evidence of its history lies in the additional staircase in the back of the house that apparently functioned as the stairs for the servants.

“[My favorite part of the house is] in my room [where] there’s glass on the window, which has an interesting design. The way the glass is cut makes it so when the light comes in, rainbows reflect all over the wall, which is really pretty,” said Moran.

A student house that shares the same antiquity as the French House is The Ocho, an off-campus house located on East Isaacs. Previously named Motel 7, the house, built in 1912, is now recognized as The Ocho because it contains eight residents.

“You can definitely feel its old, creepy force, but it’s pretty beautiful for the fact that it’s been worn down as a college house,” said current resident and senior Hannah Siano.

The odd stylistic choices, such as the “funky fun wallpaper in the bathrooms” and the “strange green carpet mixed with pink pinstriped walls” imply the age of the house, but its history is not obvious through its living conditions. The only complaint that resident Siano has, somewhat similar to the French House, is the thin windows which do not protect against the cold in the winter. However, other features of the house make up for this pitfall.

“The front room has really beautiful old, dark [ceiling beams] that [are], I’m sure, original, and I think that’s the coolest feature of the house,” said Siano.

Other than these unique features that suggest a style of an earlier time, the house does not show the wear of 100 years.

“It’s pretty old, and I’m sure they’ve remodeled because most of it feels pretty modern,” said Siano. “It really hasn’t been neglected or anything, so I don’t think it’s like living in a 100-year-old house.”

Other than the features of the house, there is little information regarding the original floor plan of the house. City Planner Imelda Osorio spoke of the house.

“There were no pictures or floor plans or any information indicating the building’s historic value,” she said.

Similar to the French House, living off campus provides that privacy and close community not found in crowded dorms. However, Siano argues that houses not involved with the campus community offer even more freedom.

“Living in a house is wonderful in that you don’t have an RA, you can burn candles and other basic freedoms like that,” she said.

Dissimilar to living off campus, living in a residential house means that the French House still has responsibilities of on-campus life. The houses have the aspect of unfamiliarity of residents like the dorms, but also have the close-knit community of living in an off-campus residence.

“It’s different living with fewer people who all have a shared interest, even though they’re all really different. It tends to be a little quieter, but you really get to know people,” said Moran.

Regardless of involvement in campus, these houses hold a historic significance to Walla Walla. Although their exact details are unknown, they share small architectural reminders, individual to their style and history.