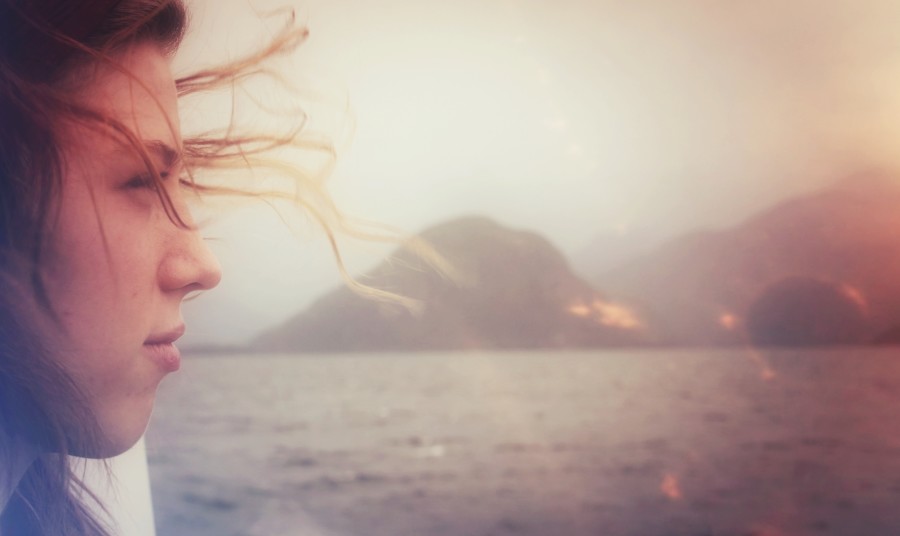 Doubtful Sound is in New Zealand’s Fiordland National Park and was used as a backdrop in The Lord of the Rings (so of course we had to check it out). Fiordland is one of the rainiest places on Earth; the Cullen’s really should have relocated here and left Western Washington well enough alone. My family’s vacation spot at La Push would have remained undisturbed by the squeals of 15-year-old girls, Bella could have taken a tumble off a fjord, Jacob could have played shirtless for the All Blacks, and maybe I would have actually found the pale vampires attractive if they’d had sultry accents. Although, Doubtful Sound and Milford Sound are probably better off being associated with The Lord of the Rings and not Twilight. The Sound is a perfect setting for the fantasy land of Middle Earth – green and gray hills dominate the mystical landscape, fog loops around the tops of rocks, and countless impromptu waterfalls spring up after rainfall. It was all very Avalon/Jurassic Park/Terra Nova and I kept expecting to catch a glimpse of a dinosaur or some ancient Loch Nessian creature.

How we traveled from Queenstown to Doubtful Sound: 5 minute taxi, 3 hour bus, 1 hour ferry, 45 minute busâ€¦ and then we finally made it to the ship that took us on a trip down the Sound. I learned from our captain that Kiwis pronounce “glacier” as “glassy-eh.” And now for a virtual photographic tour (also, at some point I’ll be straying into sentimental territory – it was just that kind of day. Don’t judge).

Not our actual boat. This pic came from the interwebz.

In Doubtful Sound you find the kind of view that should be experience softly, quietly, and in solitude. Not on a crowded and noisy boat. I suggest packing quality headphones and an iPod/your-preferred-music-playing-device-I-don’t-know-why-it-wouldn’t-be-an-iPod. That way, if you get tired of hearing the loudspeakers, you can immerse yourself in music, pretend that you’re alone, and really experience the sights. For a soundtrack I recommend a film soundtrack (e.g. The Lord of the Rings obvi, Gladiator, Dinosaur), something with a pan flute or fiddleâ€¦. Break out some Hanz Zimmerman, James Newton Howard, and Howard Shore. I promise, it will make the trip more epic. Here, I’ll even play a song while you looks at photos so that you can, using your imagination, experience a facsimile of my adventure – Elysium… 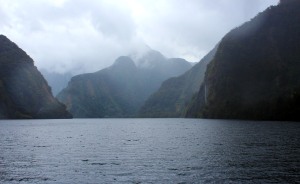 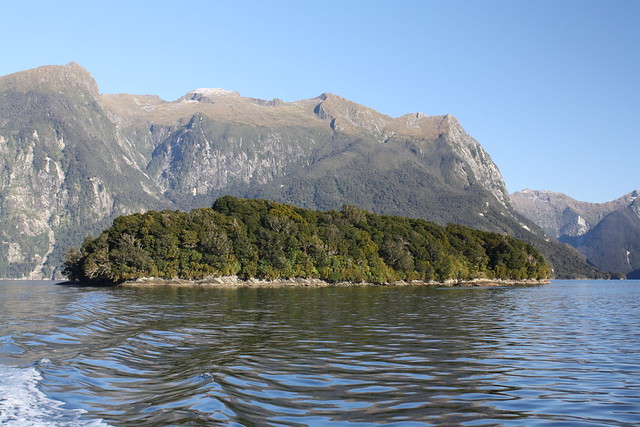 A schoolteacher went out to Seymour Island and lived there for 10 months with just two wet dogs and his writing for company. I would like to try out hermitude someday. At least for a bit.

Karli and I got bored for a bit, so I invented what I call “progression photostrips”:

One bad thing about the boat ride: more sand flies. From yesterday’s sand flies, Karlie had 22 bites. I had less because I plunged into a glacial river, undergoing a voluntary numbing bath in an attempt to escape the flies. Hide yo flesh, hide yo skin, and hide yo exposed body parts cuz they be bitin’ errbody out here. Bring bug spray if you go on a Fiordland cruise. Honestly, these things are from hell. Satan was all, “hmm, New Zealand is perfect. I gotta do something to fix that. Bingo! Sand flies!” I feel the same way about the flies as I do about arrogant jerks: there’s no evolutionary purpose for them and they should all be exterminated. The flies turned me into a killer. Everyone else on the boat smacking the living shit outta, but I was abstaining. Out of Buddha-like goodness and respect for life (oh, let’s be honest, I probably just didn’t want evil bug guts tainting my fingers). Either way, I became so fed up with their flitting and blood-sucking antics that I killed one. Killed â€˜im dead. Crushed right against the window. Take that story back to all your little fly friends in hell, sucka (haha, punny – “sucka”â€¦ blood suckaâ€¦ I just realized thatâ€¦). 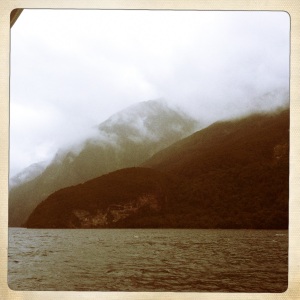 On a totally unrelated note, I love how the wifi that we’re paying for runs about as fast as my Grandma with her hip replacement.

Crooked Arm was so named because it is, uh, crooked. There’s also a Narrow Passage (yeah, it’s narrow). Once again Kiwis showcase their creative naming skills. 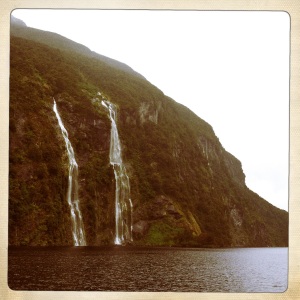 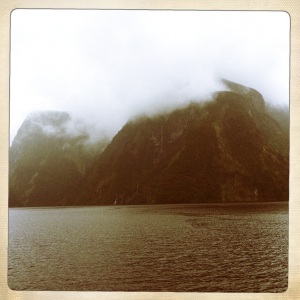 The captain proposed a few minutes of silence. He turned off the generator and engine and asked that people avoid talking and walking on the echo-y metal deck. There are no cell phones or cars out here, just running water. It was a lovely idea; unfortunately, it was not too fruitful due to passengers who ignored the request for silence and continued to yell, laugh, tramp around, fail to control their screeching spawn, and slam doors. Thus, my appreciation of nature was interrupted by fantasies of doing this

This is Freakout Kid. I had forgotten that this unpleasant creature existed.

When the engine started back up, I went back to my film scores. Sometimes silence doesn’t work and you need to find peace in music. 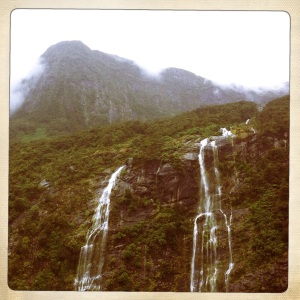 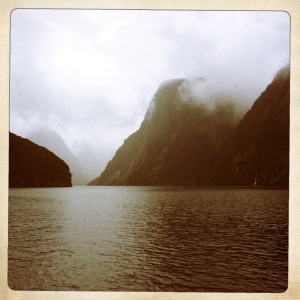 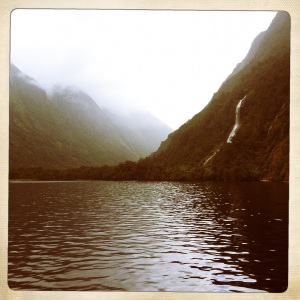 My new desire: to be Peter Pan so that I can fly around these hills forever 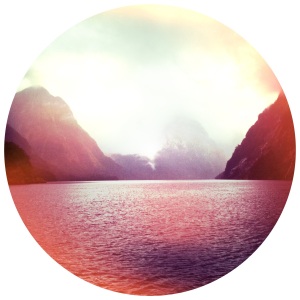 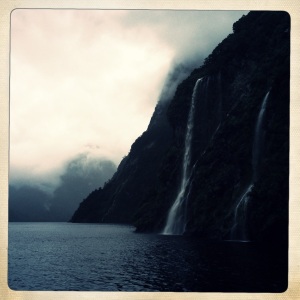 Vertical rocks with lush gardens growing upon them.

My favorite sight was a waterfall tumbling off a cliffside. Its trajectory interrupted by the wind, the stream of water curved diagonally in midair and transformed into mist. We boated into a cove directly underneath. Looking up, fine water droplets speckled my face and I saw how everything at the top faded into the fog. That view combined with some seriously surreal Hans Zimmer musicâ€¦. why, I swear that I glimpsed eternity. 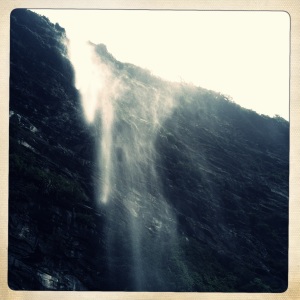 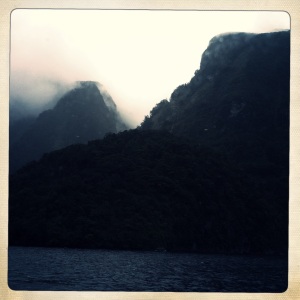 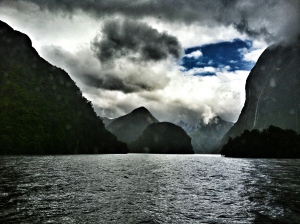 The drive back to Queenstownâ€¦. 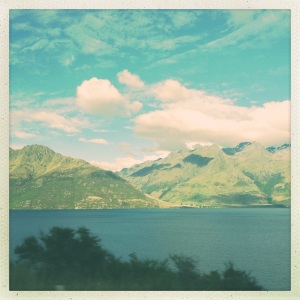 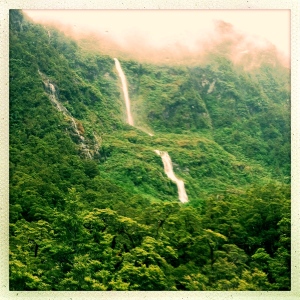 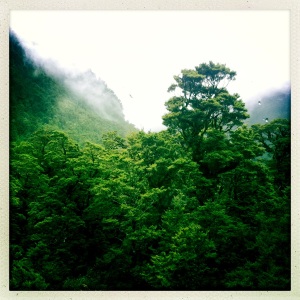 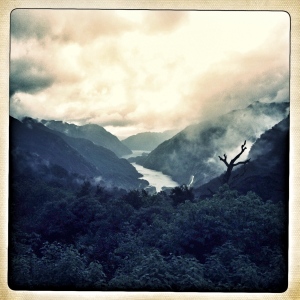 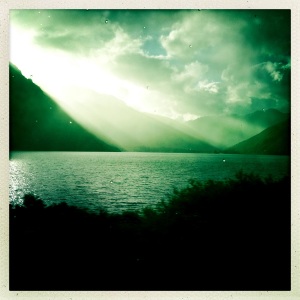